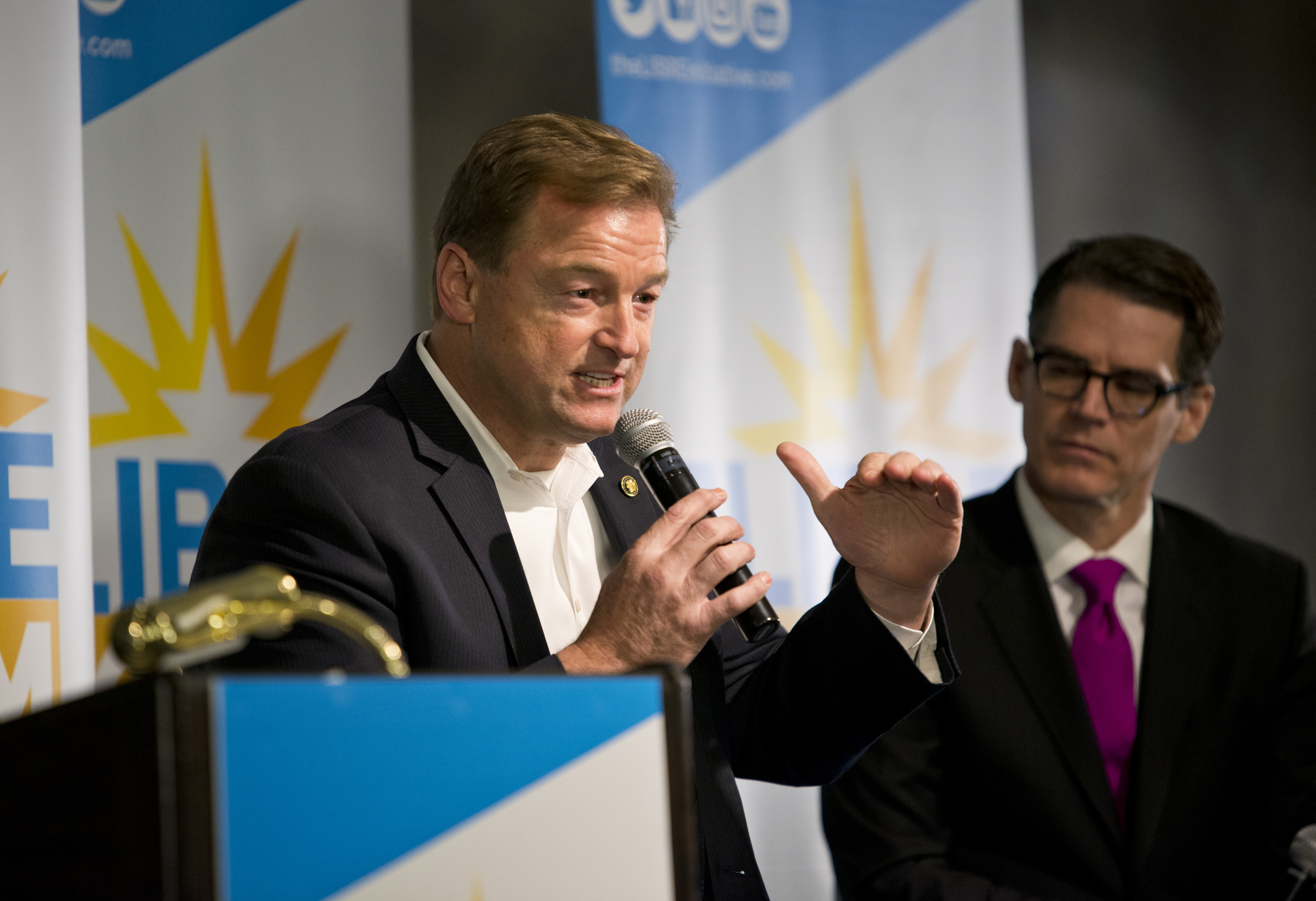 Nevada Republican Sen. Dean Heller says he won’t support a DACA bill if it doesn’t include funding for border security, and argued “there’s no purity test” when asked why he supported President Donald Trump in spite of disparaging comments Trump reportedly made about poorer nations.

Heller, who’s facing a tough primary against Danny Tarkanian, conducted a telephone town hall on Wednesday night among certain voters in rural Nevada and Carson City. The Nevada Independent obtained audio recordings of his responses to two of the voter inquiries.

Asked why he supported Trump after the president reportedly called some African nations, Haiti and El Salvador “s**hole” countries, described his forceful sexual advances in an Access Hollywood tape and called outlets such as the BBC “fake news,” Heller told the caller that she probably supported Democratic presidents with similar problems.

“I don’t excuse any of these activities and these actions, but I certainly had to have conversations with my daughters when Bill Clinton was doing some of his activities in the White House also. So there’s no purity test here,” Heller said. “What I’m trying to do is get issues done. That’s what I’m looking for is what’s best for the state of Nevada, and whether I’m standing behind the president or whether I’m standing in right field, it doesn’t matter. Literally doesn’t matter.”

He then touted his support of the Republican-backed tax bill.

Another caller asked if Heller could support a bill to continue legal status for Deferred Action for Childhood Arrivals (DACA) recipients if it didn’t include funding for a border wall.

In a November interview with the Las Vegas Review-Journal, Heller indicated he would support such a proposal if that’s what had to be done to help DACA recipients, although he preferred a bill with border security funding.

On Wednesday, he was adamant that border security was necessary in the bill.

“Let’s just make sure that everyone gives a little. That’s what makes Washington, D.C. work,” Heller said. “And so that’s why I’m going to continue to support these DACA individuals and give them the help and support they need, but I also believe at the same time that there has to be border security, must be border security, in the legislation.”