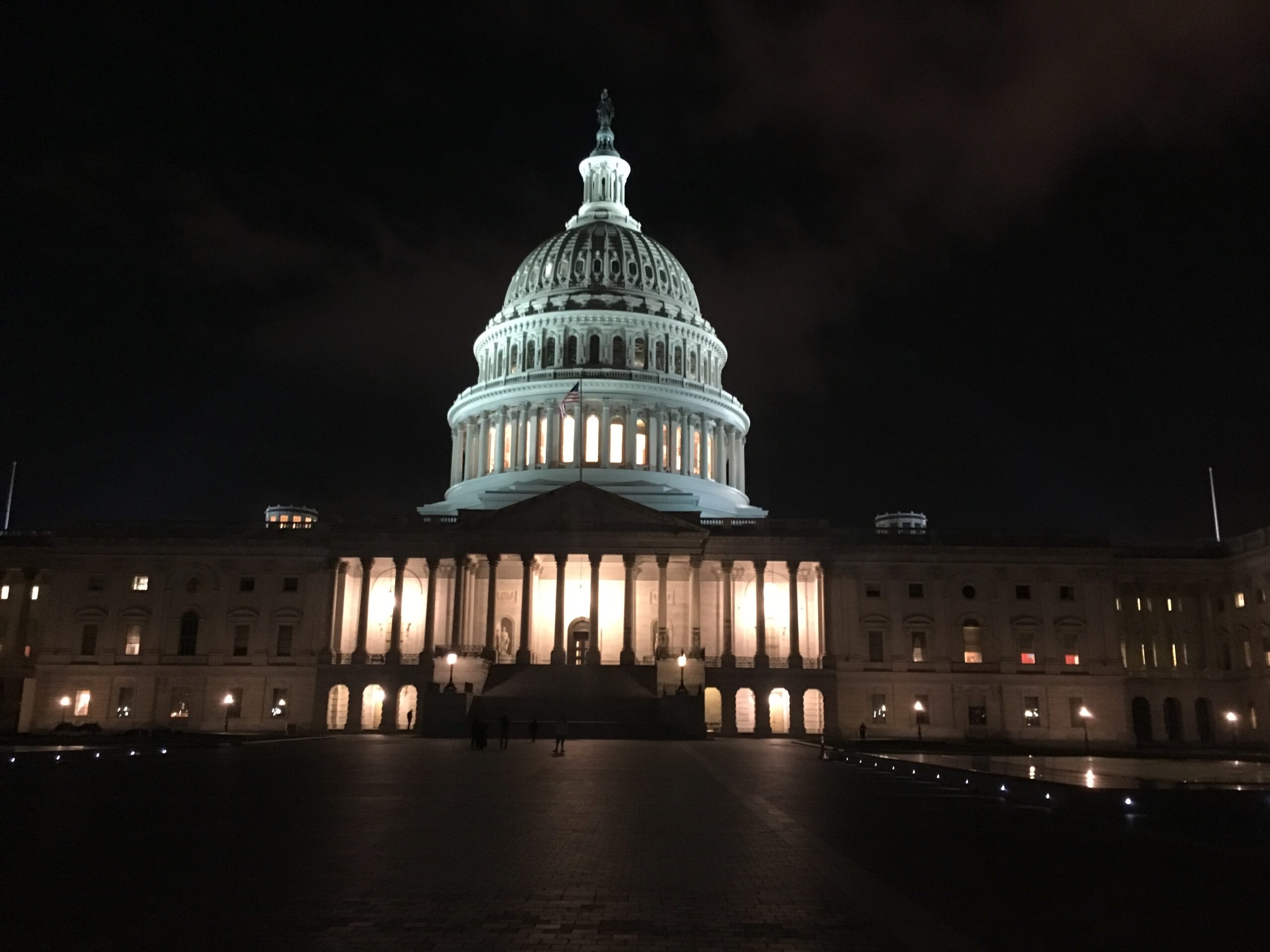 Congress certified President-elect Joe Biden's election victory after turning back GOP-led efforts to overturn results in four states, including Nevada, and after a siege of the U.S. Capitol by President Donald Trump's supporters that left five dead.

The House and Senate voted separately to affirm the election results in Arizona and Pennsylvania after GOP members of the House and Senate objected to counting those results because of unfounded fraud allegations pushed by Trump.

GOP Rep. Mo Brooks of Alabama objected to Nevada’s election results, but no senator joined with him and a group of 55 other House members who had signed the objection. So the Nevada objection was not heard and there was no debate and vote, unlike for Arizona and Pennsylvania. A list of those who opposed Nevada's results is below.

House Republicans also moved to object to election results in Georgia and Michigan, but, as with Nevada, no senators joined those efforts.

Wednesday’s events in the Capitol have led to a wave of calls for Trump’s removal from office for fear he could do more damage. However, Congress only has until Jan. 20, when Biden is inaugurated.

Senate Republican Leader Mitch McConnell issued a memo to his GOP colleagues Friday evening laying out details of a possible Senate impeachment trial. The soonest a trial could begin, the memo said, would be after Biden's inauguration unless all 100 Senators agree to change the current schedule to come back before to work before Jan. 19—an unlikely prospect.

Before the Senate can hold a trial, the House would have to impeach Trump. That could come next week and Nevada’s House Democrats—Reps. Dina Titus, Susie Lee and Steven Horsford—are all prepared to vote to oust the president.

“President Trump incited a violent mob of domestic terrorists who attempted to disrupt the peaceful transition of power and destroy our democracy,” Titus said in a statement. “He is a clear and present danger to the republic. If given the opportunity, I would vote to impeach him again.”

In a nod to how serious the situation is, House Speaker Nancy Pelosi said in a release that she spoke Friday with Chairman of the Joint Chiefs of Staff Mark Milley over nuclear code protocols and safety measures in place to prevent Trump from acting irrationally. Milley assured her that Trump could not act alone.

“This morning, I spoke to the Chairman of the Joint Chiefs of Staff Mark Milley to discuss available precautions for preventing an unstable president from initiating military hostilities or accessing the launch codes and ordering a nuclear strike,” Pelosi said. “The situation of this unhinged President could not be more dangerous, and we must do everything that we can to protect the American people from his unbalanced assault on our country and our democracy.”

Republican Rep. Mark Amodei told the Las Vegas Review-Journal on Thursday that he would not support impeachment, saying that Trump would leave office in just over a week. House

Minority Leader Kevin McCarthy put out a statement Friday opposing the idea of impeachment. But he added that he would speak to Biden to work on uniting the country. The leader of House Republicans and a staunch ally of Trump, McCarthy voted against counting the Arizona and Pennsylvania results.

Sens. Catherine Cortez Masto and Jacky Rosen did not say whether they would support ouster when asked. Cortez Masto noted that she would wait to see the case made before deciding.

The constitutionally mandated certification of the presidential election results of each state typically is rote and boring. But tensions at Wednesday's certification were heightened by a group of House and Senate Republicans who said they would object to the results of as many as seven states where Trump had falsely claimed voter fraud occurred.

The riot started after Trump spoke before noon to thousands of supporters at a rally near the White House, about two miles from the Capitol. During his remarks, he encouraged them to march to the U.S. Capitol and “cheer” the group of Republicans supporting his disproven election fraud allegations.

Some rioters forced their way into the Capitol shortly after Congress began debating Arizona's objection, about two hours after Trump's speech. They broke windows, ransacked offices and made it onto the House and Senate floors, which are off-limits to all but members. Lawmakers had to be moved for their safety to undisclosed safe spaces until order could be restored. The day included harrowing images from the House floor where security officials barricaded the door with furniture and drew guns on rioters trying to force their way in.

Five people were killed in connection with the riot, including one capitol police officer.

None of Nevada’s congressional lawmakers were hurt. In the House, they were not on the floor, so they did not see any of the commotion outside or in the Capitol first-hand.

In the Senate, most senators were on the floor when security authorities halted proceedings and senators moved to an undisclosed location. Cortez Masto was about to speak just as proceedings were disrupted about 2:00 p.m.

When both chambers resumed about six hours later, she delivered a speech against disenfranchising Arizona voters and called for “lowering “the temperature of our politics.”

“I hope that my colleagues who have questioned the legitimacy of this election in Arizona — and all of these other states — now see the dire and dangerous consequences of sowing doubt and uncertainty,” Cortez Masto said.

The delegation was also prepared to defend Nevada’s voters but never had to because the objection was not considered.

Congress is expected to investigate why the Capitol was so easily overrun. Amodei and Lee will likely play a role in the autopsy as members of the House Appropriations Committee, which oversees the U.S. Capitol Police’s (USCP) budget.

The USCP was woefully underprepared for the mob that attacked the nation’s seat of government. USCP Chief Steven Sund, Senate Sergeant at Arms Michael Stenger and House Sergeant at Arms Paul Irving were all forced to resign.

According to reports, USCP officials twice rejected offers of help from the National Guard ahead of the riot. But the guard was hamstrung, too, in part because the Pentagon had put in place limits that prohibited the use of riot gear and other tools. The limits were a reaction to the guard’s role in the disproportionately violent crackdown last summer on peaceful protesters who were cleared from in front of the White House so Trump could pose for a photograph in front of a church with a Bible.