Indy DC Download: The House approves $733 billion defense bill, while the Senate confirms a new judge on the Ninth Circuit 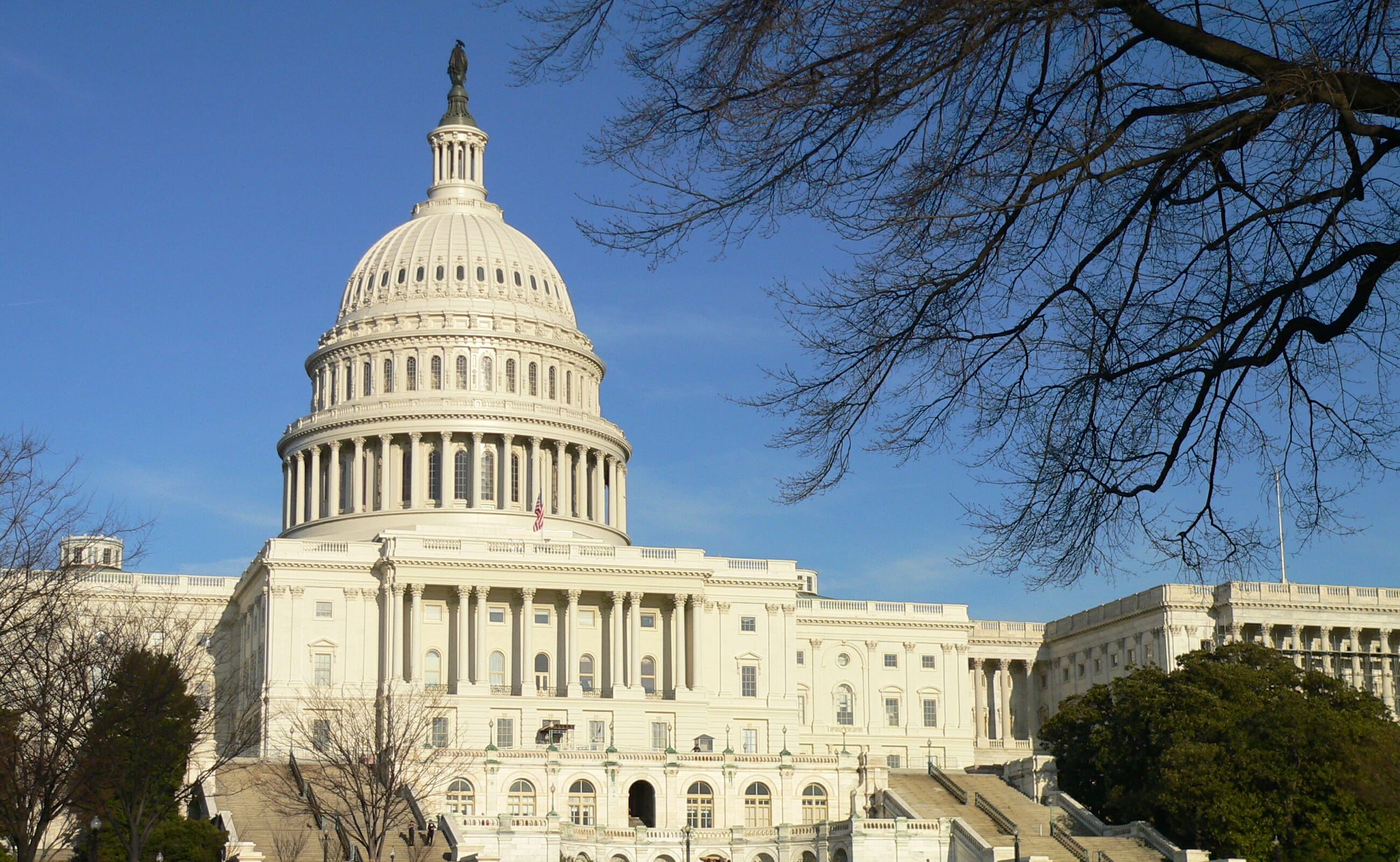 The House approved a $733 billion defense policy bill last week as the Senate continued to confirm President Donald Trump’s nominations, including Daniel Bress to join U.S. Court of Appeals for the Ninth Circuit.

The votes came as the entire Nevada delegation reacted sharply to an admission from the Department of Energy (DOE) last week that the agency sent shipments of radioactive waste over six years to the Nevada National Security Site that did not meet disposal requirements.

The Ninth Circuit Court of Appeal has jurisdiction over Nevada; both Sen. Catherine Cortez Masto and Sen. Jacky Rosen voted against Bress who was nominated for a seat based in San Francisco. He was confirmed on a party-line 53 to 45 vote and was one of five judges the Senate approved last week.

In comments from their offices, both Cortez Masto and Rosen said they voted against Bress because of lack of experience, among other things.

Bress “has no judicial experience and has only worked on a limited number of cases in California’s federal district courts or the Ninth Circuit,” Cortez Masto’s office said.

Rosen’s office said “Bress’ resume raises concerns about his record on the environment and on education. Furthermore, he lacks judicial experience, has only worked on a small number of cases for California’s federal district court or the Ninth Circuit, and has been living and working in DC.”

In August, the Ninth Circuit in San Francisco will hear oral arguments in the Nevada case to bar the Department of Energy from sending any future shipments of weapons-grade plutonium to the state. The DOE disclosed in January as part of a lawsuit filed by the state to prevent any plutonium shipment—after talks with DOE yielded no resolution—that it had already shipped the plutonium.

Bress is the seventh Trump-nominated judge the Senate has confirmed for a seat on the appeals court, which has 29 active judgeships. The president has criticized the court as overly liberal, in part because it has issued rulings against his administration, including blocking his effort to stop a California law from going into effect preventing the cooperation of state law enforcement and federal immigration officials.

South Carolina Sen. Lindsey Graham, who is chairman of the Senate Judiciary Committee, applauded the confirmation.

“Mr. Bress is one of the most gifted lawyers to appear before the Committee and he will bring a much needed conservative perspective to the Ninth Circuit,” Graham said.

The House approved the $733 billion National Defense Authorization Act (NDAA) 220 to 197, Friday with Democratic Reps. Dina Titus, Steven Horsford and Susie Lee all voting in favor of the measure.

Republican Rep. Mark Amodei voted against the bill. He said in a statement that it “contains a litany of partisan policies that would jeopardize our national security and military readiness.”

He noted that the measure is less than what our military generals have requested — and the $750 billion approved by the Senate last month.

“The Democrats’ cut in funding would have a significant effect on key efforts to restore readiness, sustain our military facilities, ensure modernization, deter Russia and China, and support our military personnel,” Amodei said.

Congress held roll call votes on more than thirty amendments, including one that would prohibit Department of Defense (DOD) resources from being used to allow Immigration and Customs Enforcement to expand its detention capacity.

The delegation voted along party lines on that proposal, which passed 213 to 204, with Democrats backing the amendment and Amodei opposing it.

Rep. Susie Lee broke with her fellow Democrats on a coulple of proposals, including one that would have eliminated indefinite military detention of any person detained for suspicion of terrorism in the U.S. She voted against the amendment, which failed 236 to 187.

Lee’s office said her vote was based on the fact that “no states have the resources or willingness to take on the high-risk prisoners currently detained under [exsting global war on terrorism laws]. Transferring them without a long term plan, or enough resources or personnel in place would just exacerbate the crisis rather than solve it."

She also voted with Amodei against a non-binding Democratic amendment that said that the 2001 authorization for the use of military force (AUMF) used to go to war in Iraq has been used beyond its scope and should be replaced with a sunsetting AUMF that lays out clear goals. The amendment was approved 237 to 183.

Lee’s office said she opposed the amendment because it did not provide an alternative. “Without a plan to replace the AUMF, the military’s flexibility and readiness could be compromised,” her office said.

Lee also voted against a proposal from New York Democrat Alexandria Ocasio-Cortez to prohibit the president from using funds to detain undocumented immigrants in DOD facilities. Her office said she opposed the amendment because it would hamstring DODs ability to “detain individuals who pose a credible, legitimate national security threat to the United States.”

Congress adopted some amendments offered by Lee, including a bill she recently introduced to require the DOD to update service branch abuse programs to explicitly include gambling disorders within six months of enactment. Other amendments she offered or co-sponsored were designed to improve the Electronic Health Records program at the Veterans Administration.

Rep. Dina Titus also broke with the delegation by voting in favor of an amendment that would have cut $16.8 billion from the bill to prevent a topline DOD spending increase over the current year. The cut would have come from the Overseas Contingency Operations fund, which has fewer restrictions on its use.

“She didn’t see a need for an increase – especially not in an account the war hawks in the Trump Administration can use with virtually no strings attached,” her office said.

An amendment backed by Horsford that would boost funding for Air Force University Research Initiatives by $5,000,000 was approved by voice vote. The program provides DOD grants to competing universities, including those in Nevada, including UNLV and the Desert Research Institute, to develop advanced defense technology.

All members of the delegation, and Gov. Steve Sisolak, came out strongly against the DOE over the improper shipment of nuclear waste.

“The level of incompetence at the Department of Energy is only matched by its dishonesty,” Titus said in a release. “For decades, the DOE has been an untrustworthy partner and this latest round of illegal shipments is truly a new low. I’m grateful that Governor Sisolak continues to stand up for Nevada and refuses to let this violation of the law go unchallenged.”

Cortez Masto and Rosen said they intend to “take every action necessary to hold the DOE accountable."

The DOE’s mistake further inflamed the already tense relationship it has with the state, which includes an admission earlier this year that the agency shipped plutonium to the state without the knowledge of state officials.

That comes on top of the long-simmering fight with the agency over building a national nuclear waste repository at Yucca Mountain. The issue has intensified in recent years as Republicans in Congress and the White House have pushed to jumpstart the project, after being starved of funds by the Nevada delegation beginning under Democratic former Senate Majority Leader Harry Reid.

The project is opposed by most lawmakers in the delegation and they pointed to the recent earthquakes that hit the state as one reason why they site it is not suitable to store nuclear waste, according to the Las Vegas Review Journal.

“Earthquakes can be dangerous enough in their own right – adding the possibility of a nuclear waste spill in the aftermath is not a risk I am willing to take,” Horsford said.

But Amodei, when asked about the temblor earlier last week, was skeptical that it would be built, citing how it has been successfully blocked by the delegation. That makes concern about seismic activity in the vicinity moot, he said.

“It looks to me like things are still pretty much in vapor lock,” Amodei said of the project. “I don’t know that we need to talk about anything until there’s some movement.”

Democrats in the delegation marked the hearing of oral arguments in a case—filed by 18 Republican attorneys general and backed by the Trump administration—challenging the constitutionality of the Affordable Care Act by highlighting the importance of the law to residents in the state.

Cortez Masto gave a speech on the Senate floor. She talked about Nevadans that have pre-existing conditions and could lose their insurance should the suit prevail, including Kyle Bailey, a 27 year old from Sparks who has been living with cystic fibrosis.

“He’s scared that he’ll lose his health insurance and coverage for the treatments that keep him alive,” she said. “And that could happen if the Republican Party succeeds in its latest attempt to use the courts to attack the Affordable Care Act and its protections for preexisting conditions.”

“In Nevada alone in 2015, 1.2 million people under 65 had preexisting conditions,” she continued. “That’s half the non-elderly residents of the state. A pre-existing condition could be as rare as childhood cancer, or as common as pregnancy. That means every other Nevadan could face increased insurance rates if the ACA is struck down.”