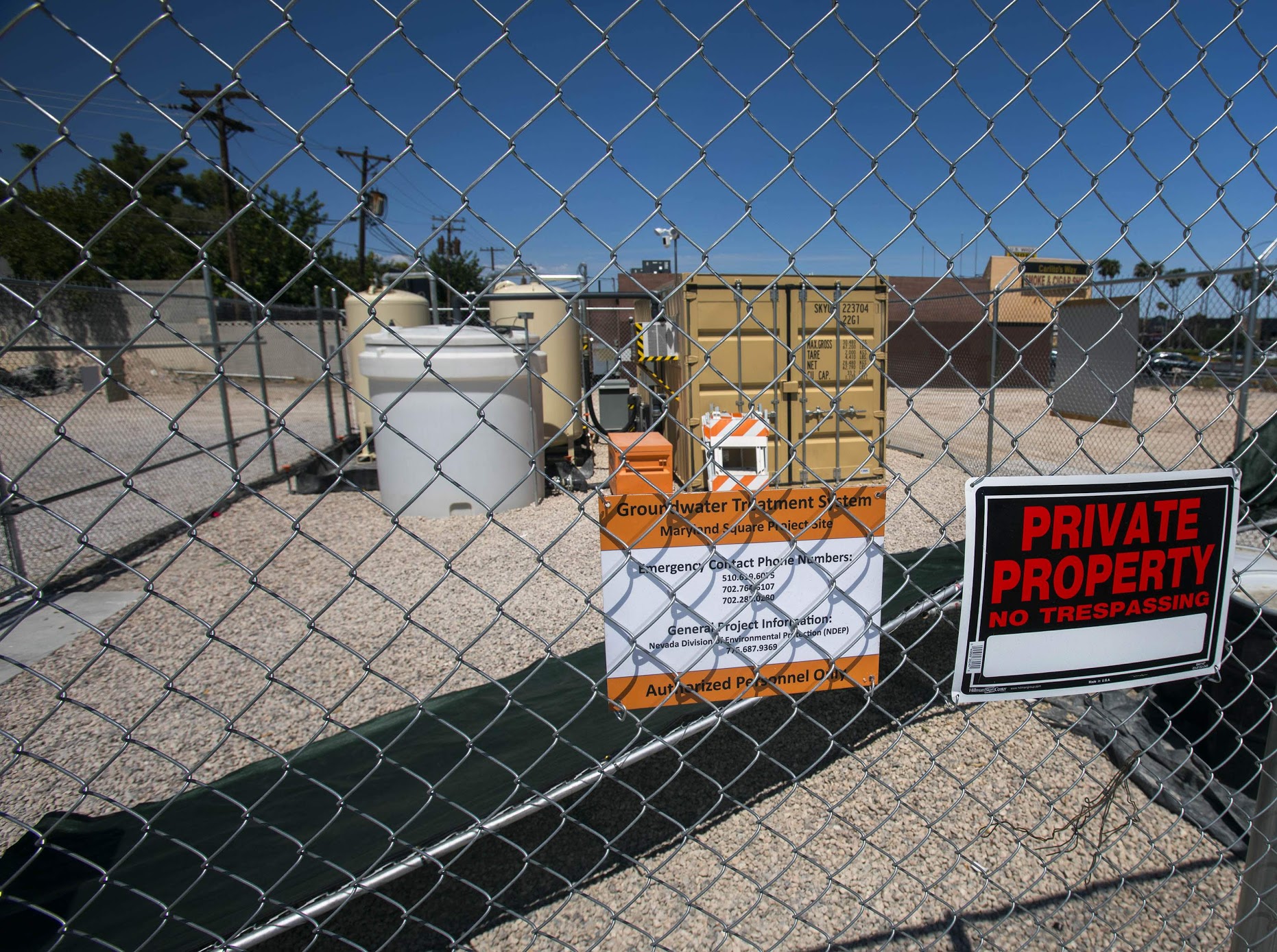 The Indy Environment newsletter breaks down reporting on water, public land and development. Sign-up here to receive it in your inbox. For suggestions or tips, email [email protected].

First a quick programming note: We’re changing the schedule of the Indy Environment newsletter so it comes out bimonthly rather than once a week. The next newsletter will come out on Sept. 12.

It took nearly two decades of legal wrangling, but workers have started to clean a Las Vegas groundwater plume that was caused by the improper disposal of a dry-cleaning chemical known as perchloroethylene, or perc. The groundwater cleanup began on June 19.

The plume at Maryland Square, linked to a dry cleaner that operated from 1969 to 2000, is one of about 40 sites that the Nevada Division of Environmental Protection (NDEP) has evaluated for perc issues (for more on that, I created a map of all the sites for the Las Vegas Sun in 2016). In addition to being used for dry-cleaning, perc was commonly used as a metal degreaser.

Of all the sites, groundwater contamination at the Maryland Square shopping center, at Maryland Parkway and Twain Avenue, appeared to be the most severe after spills created a plume stretching more than a mile long and snaking below about 200 residential homes. After the plume was identified in 2000, residents sued, attempting to pressure regulators and the responsible parties — Al Phillips the Cleaner and landowners connected to Maryland Square — to do more than monitoring. In 2009, state regulators sued too, asking the same parties to reimburse the state for its costs and clean up the site.

In the short-term, perc exposure can cause headaches or dizziness. Long-term exposure to perc has been linked to organ damage, cancer and neurological issues. Many of the sites in Las Vegas contain low-grade contamination, and several have had their cases closed (see the Las Vegas Sun story). The plumes do not affect drinking water. But at sites like Maryland Square, residents have taken additional precautions, taking advantage of free air monitoring to ensure their homes and the air they breath — when perc evaporates and turns into gas — is safe.

Now the Maryland Square site is being cleaned up.

The cleanup is focused on flushing out the chemicals to decrease the plume’s size and toxicity. The process involves pumping groundwater, treating it to remove perc, and reinjecting the clean groundwater toward the center of the plume, according to NDEP. This phase of the Maryland Square remediation builds upon an excavation project in 2012 to remove contaminated soils.

The use of perc is declining nationally, amid stronger regulations and a concerted effort by the dry-cleaning industry to use safer chemicals and new technology. But some Nevada dry-cleaners still use the chemical. In the Maryland Square case, a big issue was how perc was disposed. Court records uncovered several spills at the site, finding in one case that about 100 gallons of perc were spilled at the business, some of it going directly down the drain.

State regulators said they comply with federal guidelines, including the Clean Air Act and the Resource Conservation and Recovery Act, known as RCRA, in regulating perc.

California passed a ban on perc that is scheduled to go into effect in 2023.

Here are some other stories I’m watching…

Inexplicable heat fatalities: The New York Times reported this week that heat-related fatalities in Arizona and Nevada have risen sharply over the past three years. News stories have followed the trend in each state. But what was striking about the Times story was the comparison of the two states and a graph showing similarly sharp upticks in both states,suggesting a regional pattern for the Southwest. The rapid increases have puzzled officials in both states. “We’re trying to figure out what it that needs to be done,” an educator with the Southern Nevada Health District’s Office of Epidemiology and Disease Surveillance, told the Times.

Microplastics in Lake Tahoe: The Reno Gazette Journal reported that researchers have found microplastics in Lake Tahoe, a nod to just how prevalent humanity’s presence — and our waste — is. This effort builds onto research looking at microplastics in freshwater systems, as previous research has focused on marine life. The team is also taking samples from Lake Mead and the Las Vegas Wash. “These tiny little bits of plastic are in our environment,” one researcher said. “They are floating in our water, they skin in the water they can be deposited on our snow.”

A Colorado River ‘grand bargain:’ As the seven basin states that occupy the Colorado River Basin begin to negotiate long-term guidelines for using water sustainably, some water users are weighing in on a “grand bargain.” Under the terms of such a deal, the Lower Basin states of Arizona, California and Nevada would give up their legal right to “call” on water — a tool to demand their allocation during dry times — and potentially force mandatory cuts in the river’s upper division, where most of the water originates. As the Denver Post reported this week, the idea comes as the Upper Basin states of Colorado, New Mexico, Utah and Wyoming — all together using less than their entitlement — are looking to grow and frustrated with a Lower Basin that has collectively used more water. Although a “compact call” has never happened, climate change and an increasing understanding of the river’s hydrology are forcing water users to think critically about the possibility. In return for giving up its legal right to a "call," the Lower Basin states would get a guaranteed supply. But the idea has left some asking: What does the lower basin actually get in return? The Upper Basin is already required to deliver a specific supply.

Clark County public lands bill: Clark County recently released a draft of its lands bill, and staff has posted some valuable resources outlining what it would do. This week, the draft legislation was criticized by pipeline opponents for exempting the project from judicial review. The water authority quickly to well, throw water on that idea when it said the disputed provision was about power lines and that the bill “absolutely” did not preempt future judicial or environmental review of the pipeline. In truth, the lands bill is about a lot more than one particular project. From a zoomed- out view, the proposed legislation would open about 56,000 acres of public land to development, mainly to allow growth along the 1-15 corridor. To offset that growth, it proposes to create about 297,000 acres of conservation land and 83,000 acres of wilderness. But the bill does a lot more than that, and in many ways, it’s a case study in the everyday conflicts posed by federal public land ownership in urban areas. The Clark County bill touches many agencies — we wrote about the school district and flood control last month. I’ll write more about it later but here’s the draft.