Indy Q&A: What has unemployment strike force accomplished as its three-month timeframe ends? 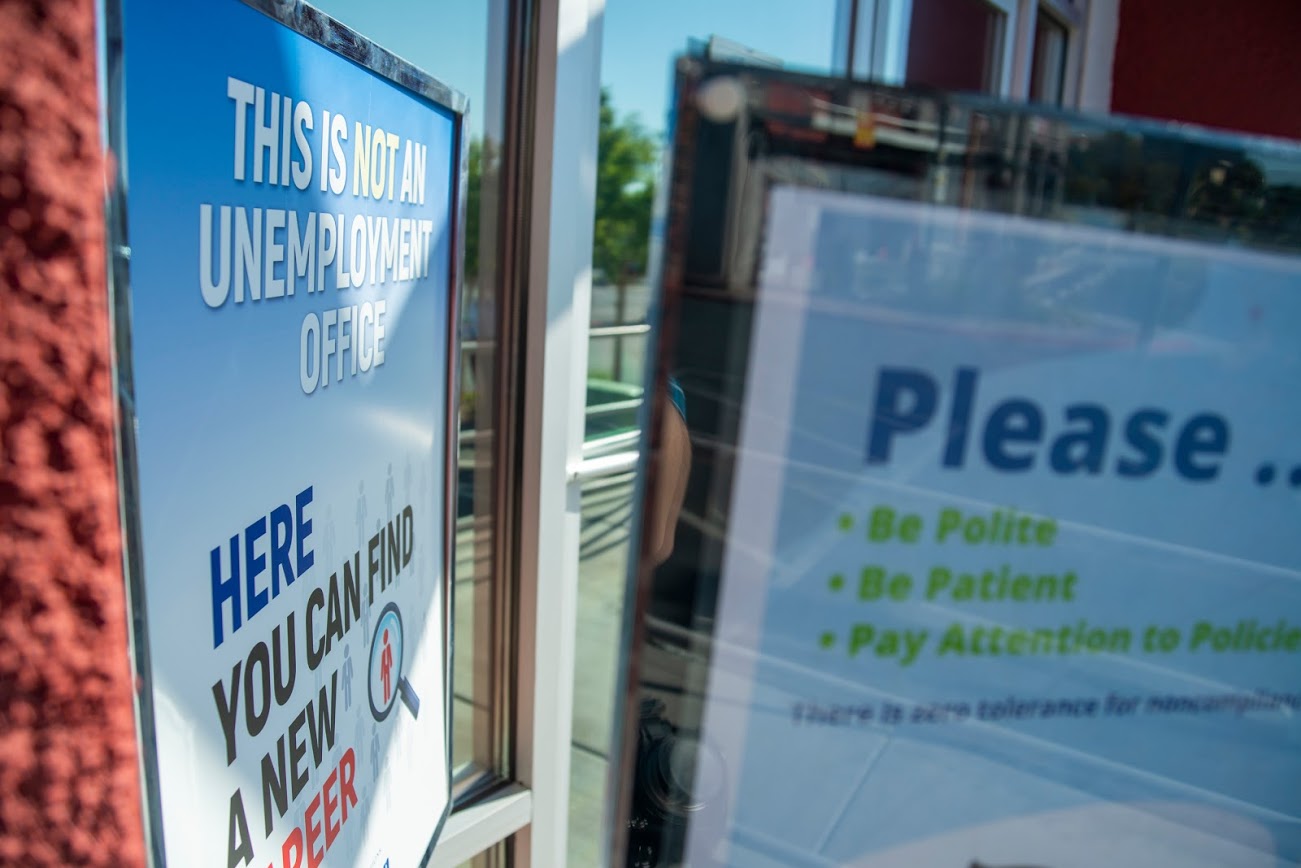 It’s been three months since Gov. Steve Sisolak called on a “strike force” to address a stubborn backlog in Nevada’s unemployment system over the course of 60-90 days.

Although claimants continue to report major delays in getting their benefits, and the first batch of hundreds of long-awaited Pandemic Unemployment Assistance (PUA) appeal hearings are just now getting underway, leaders working on the issue say they’ve made significant progress in disqualifying large groups of claims that appear fraudulent and are bringing in a team of welfare eligibility workers to resolve legitimate claims and get Nevadans paid.

“We are down to several thousand from the original 200,000 plus,” strike force director Barbara Buckley said Monday about the backlog in PUA cases.

With the second-worst unemployment rate in the country in September, the state has received more than 1.3 million initial claims for unemployment benefits during the pandemic alone, out of a workforce that numbers only 1.5 million. In recent weeks, the PUA program has been inundated with a sharp increase in claims — the vast majority of which Buckley and Nevada Department of Employment, Training and Rehabilitation Director Elisa Cafferata believe to be fraudulent.

“We are really close on the PUA backlog that the task force came in to address,” Cafferata said, “and we're getting much better at being able to much more quickly sort of send out notices to people that we can't verify their identification.”

The two sat down for a Zoom interview with The Nevada Independent this week to share updates on the progress addressing the issues they faced when they first took their jobs three months ago. But they also weighed in on a looming crisis — that federally funded programs such as PUA hit a hard stop at the end of the calendar year, affecting some 200,000 Nevadans who are currently filing claims to the programs.

“I worry for these individuals in an economy like ours, where we're not back yet,” Buckley said. “And so I'm hopeful that Congress will do something to help these folks. They're the backbone of our workforce, and they need assistance.”

Below are highlights of the interview, which has been lightly edited for length and clarity.

INDY: The governor appointed the task force to work for two to three months. We’ve hit the three-month mark now. How long will the strike force be working?

BUCKLEY: It's our plan to wrap up our work when the PUA backlog is completely resolved, and the PUA call center is stable, and the [regular unemployment] backlog is mostly through, and there's kind of a plan on how it will be finally resolved. And we'll then issue our report on what we found, what was done and our recommendations for the future. And we're already halfway through with that report. So we're compiling it and finalizing it now.

INDY: Do you know what is driving the surge of more than 100,000 PUA claims we saw in the last two weeks alone?

CAFFERATA: They're highly suspicious. We're doing an analysis on them more quickly to sort of put the ones that don't have valid identification aside so that we can get to the folks that are eligible. Because the really tragic thing about these fraudulent applications is that there are some hundreds, maybe even 1,000 or so, folks that their business hung on for a long time, and then just got to the point where it can’t keep going. And they really do need their application processed.

And these fraud cases continue to gum up the works. But I do think we've gained experience — we're working on more and more tools to immediately put those aside and get to the people that really need to help.

INDY: When claims are denied, applicants can appeal the determination. What’s the status of the long-awaited ability to have a hearing appealing a PUA determination?

CAFFERATA: We actually started hearings last week. And as we have been doing since the strike force came on, we do things in pretty small test cases to make sure we can work out the challenges as much as possible. Doesn't always work out, but that's always our goal.

So we have I believe 100-something appeals scheduled for this week ... and they'll just keep going.

Even though people can appeal any decision or sort of at any point in the process, we have had a team that goes in and looks at all the appeals to see if it's a legit decision that was made that they're appealing, in which case, you really need to go through the appeals process. Or in thousands of cases, what really happens is people just need an answer. And so we've had a team looking at them, and they've been resolving thousands of cases.

At one point, we had over 12,000 appeal requests, and we've reviewed them and resolved them so that I feel like we're kind of staying on top of those numbers.

BUCKLEY: The estimate on the pace is about 260 to 280 a week that the staff will begin after this initial batch of the hundred is done. So we're going to begin to see massive scheduling and resolution shortly.

The department’s also interviewing this week, plans to hire one more referee, and maybe some part-time attorneys who might come on for a few months, and then leave, just to help with the backlog.

INDY: Are the 200 welfare eligibility workers still on the job, each working 20 hours of overtime a week for DETR?

BUCKLEY: Yes, they're still amazing and still working. And we're going to keep them until the backlog’s resolved and there's something they can attack.

One of their first tasks was to get through 26,000 PUA cases for resolution and they finished that last week. So we are now redeploying them.

CAFFERATA: Because yet again, we have had a quarter change. And as you know, that requires us to go back and by law, we have to reevaluate everyone's case to see if they have W-2 earnings.

We think there are about 3,000 cases that might need to have someone look at it for the quarter change review.

INDY: How is the rollout going for the federal Lost Wages Assistance program, which provides $300-per-week add-on payments to qualifying claimants for as many as six weeks? (The state is stewarding a finite amount of federal money to pay people who were on the unemployment rolls starting in early August.)

CAFFERATA: The priority these last few weeks is getting the Lost Wages payments made. So we started week four, and it will take 10 days because we have to do it in batches …

At least in Nevada, we’re a little different from other states. Because our unemployment is so high, we have continued to have applicants come in who are eligible and so even though we asked for the full amount for the full six weeks, then we've still had thousands of applications come in.

I feel pretty good about week five. We also have submitted a request because you can amend your ask if you get more people coming in.

It's been a very difficult situation, and we're committed to paying as many people, as many weeks as possible. But we just have to be really careful we don't overspend what we've been given.

INDY: How are you feeling about how the election affects the outlook of the unemployment system?

CAFFERATA: I've read a few things that say they're back to talking about some relief package, which is so up in the air with so many moving parts. I just don't even know what to think other than I keep repeating my hope, which is that if they do a relief, that it is just extending something we're already doing, and not add another program to the mix.

Because literally, our system is maxed out. We are still catching up on system changes to implement all the things that have happened. And so we're sort of stable, but we can only go very steadily to making these implementations. And if we have to add something else, it just moves something else to the back of the line.

INDY: Are there any new updates on the effort to prosecute people perpetrating fraud on the unemployment system?

BUCKLEY: We really don't have any new updates on that. We are glad to see those prosecutions. We want to see more ...

Unemployment was a sleepy little program. And now it's very clear that the personal data of Americans has been stolen and is in the hands of some really bad folks. And they then are now using that to target different programs, whether it's a Small Business Administration, or unemployment offices around the country.

The department now is well aware of all these challenges and has things in place where in the beginning, the department did not, right, because it had never been the subject of professional fraud. This isn't someone trying to claim one or two weeks they may not deserve … it's professionally organized, sometimes with lots of brains behind the outfit, sometimes not. But this material has definitely been bought and sold now, many times over.

INDY: How is your focus changing?

BUCKLEY: The other thing that it's clear that we need is more stimulus dollars from DC. We need it for state government, we need it for local government. Last thing we need to do is to lay off 1,000 teachers, 1,000 folks that work in Medicaid, welfare, the safety net state programs.

We need to stop the bleeding, we need stimulus for state and local governments and then extended unemployment relief until the economy picks back up. Another stimulus for the general working people would be nice, too. But there's a lot of help we need until we're stable.