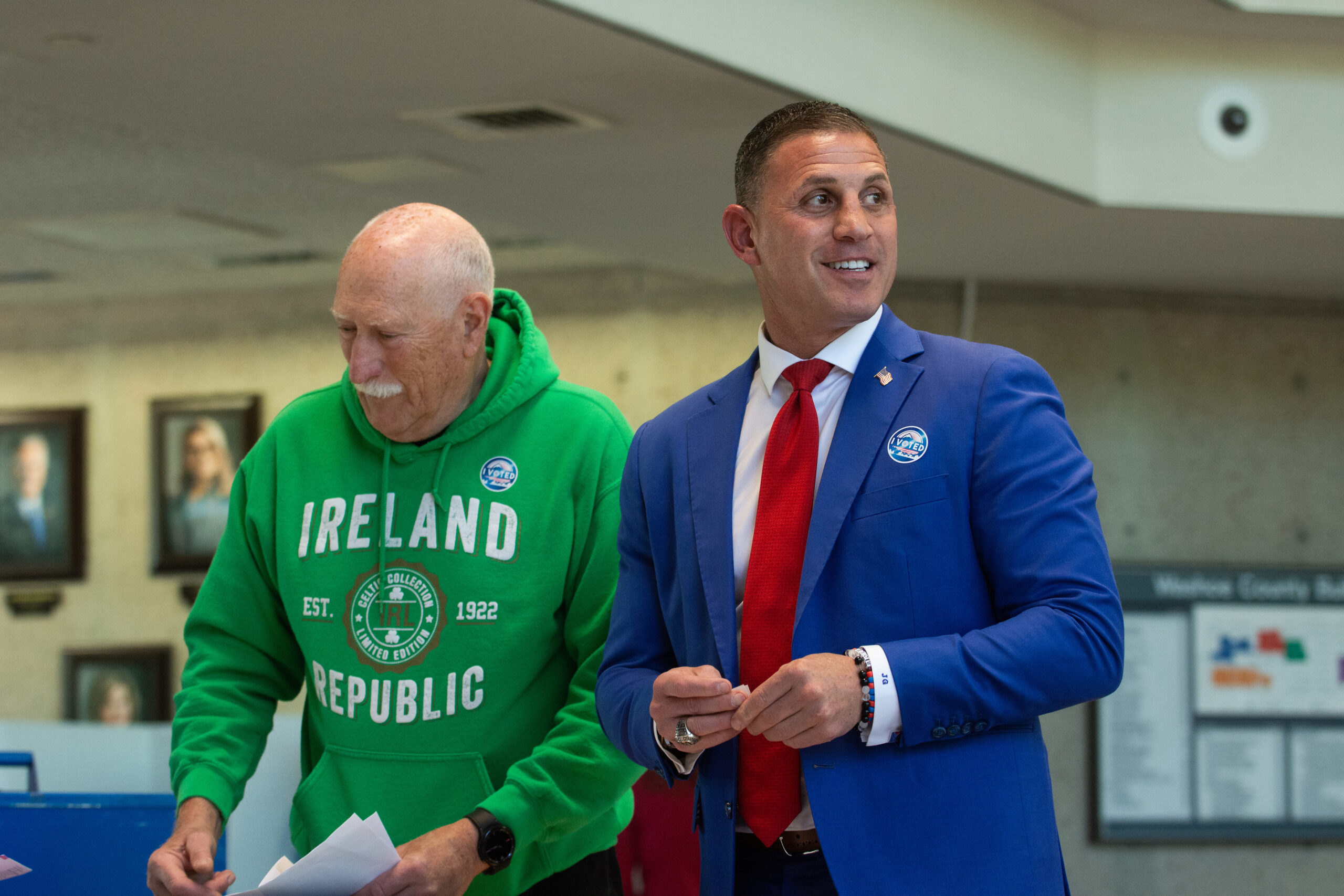 Republican gubernatorial candidate Joey Gilbert, who trailed front-runner Clark County Sheriff Joe Lombardo in the primary by nearly 26,000 votes or 11 percentage points, announced plans to contest the election and reiterated that he will not concede the race.

Gilbert, a Reno attorney, laid out a list of nine grievances in a press release on Thursday, alleging that signature verification did not take place in some cases, officials violated rules regarding election observers, and nonpartisan voters were disenfranchised by technical issues at the DMV that defaulted them to nonpartisan status if they did not proactively specify another party.

“You can’t run on a platform of integrity and fighting against corruption, and turn your back on this election and pretend no disingenuous activity occurred that absolutely affected this election,” he said in the statement.

In a follow-up email, campaign spokesman Paul White said that Gilbert “100% believes he received the most votes” and is working through all possible legal channels with the goal of overturning the results.

Gilbert also said that more than a dozen candidates plan to contest the primaries, although he did not name them. While Gilbert’s press release quoted a statement that Republican secretary of state primary winner Jim Marchant gave to the Las Vegas Review-Journal last week, Marchant issued a clarification through his campaign team that he is not involved in Gilbert’s efforts.

“Everyone knows my campaign is about fair and transparent elections for all Nevadans and that will be my focus as Secretary of State. I am not joining Mr. Gilbert's lawsuit,” Marchant said. “I am supporting the Republican nominee Joe Lombardo and look forward to working with him and our entire team to restore the promise of Nevada.”

The Nevada Republican Party congratulated Lombardo for winning the gubernatorial primary in a tweet on Thursday morning, and NV GOP Chair Michael McDonald told the Review-Journal last week that “there’s no indication” of fraud in the state’s 2022 primary election.

Representatives for Lombardo, who was endorsed by former President Donald Trump and had a wide lead in fundraising and polling ahead of his victory, said the results were clear.

"Every legitimate news outlet has called this race for Sheriff Joe Lombardo, and it's clear that the people of Nevada have spoken,” said Lombardo spokeswoman Elizabeth Ray. “No matter who you voted for last week, he's ready to listen to you, work for you, and fight for you as your Republican nominee."

Officials with the secretary of state’s office did not immediately respond to a request for comment on Gilbert’s allegations.

Candidates have until June 28 to file an election contest petition with a district court if they are not requesting a recount. They must request any recount by June 29, and then have until five days after the recount to file a petition contesting those results.

While several candidates used the election contest option to challenge the outcomes of the 2020 general election in Nevada, none of the efforts succeeded.

Gilbert, who has called voting machines unreliable and attended the “Stop the Steal” rally in Washington, D.C., last January that is at the center of an ongoing congressional inquiry, asserted in his press release that he “had the most grassroots and statewide support of any candidate in the gubernatorial race.”

He cited his victories in straw polls conducted among small groups of party activists and win of a state party endorsement.

Gilbert has also touted that he is the winner of most of Nevada’s 17 counties, although the 13 he won are smaller rural counties and he lost in the two urban counties where nearly 90 percent of the state’s population lives.

Gilbert also alleged that “at least” 44,000 nonpartisan voters were disenfranchised and unable to vote in the election. That’s likely a reference to an issue with the state’s automatic voter registration system from 2021, where voters who did not select a political party when completing an online DMV transaction had their party affiliation switched to nonpartisan — an issue that affected around 44,000 voters until the system was changed in October 2021.

Many of the allegations laid out by Gilbert follow statements made by right-wing activist and cryptocurrency millionaire Robert Beadles, who said in a blog post on Thursday that there is “NO WAY to legally certify the 2022 primary election in Washoe and Clark County.” County commissions are required to canvass, or formalize, the results of the primary election and transmit them to the secretary of state by Friday.

The blog post included letters sent to state, Clark County and Washoe County officials demanding that the 2022 primary not be certified, citing many of the allegations also highlighted by Gilbert: issues with observation, signature verification, and nonpartisan voters disenfranchised via technical issues at the DMV.