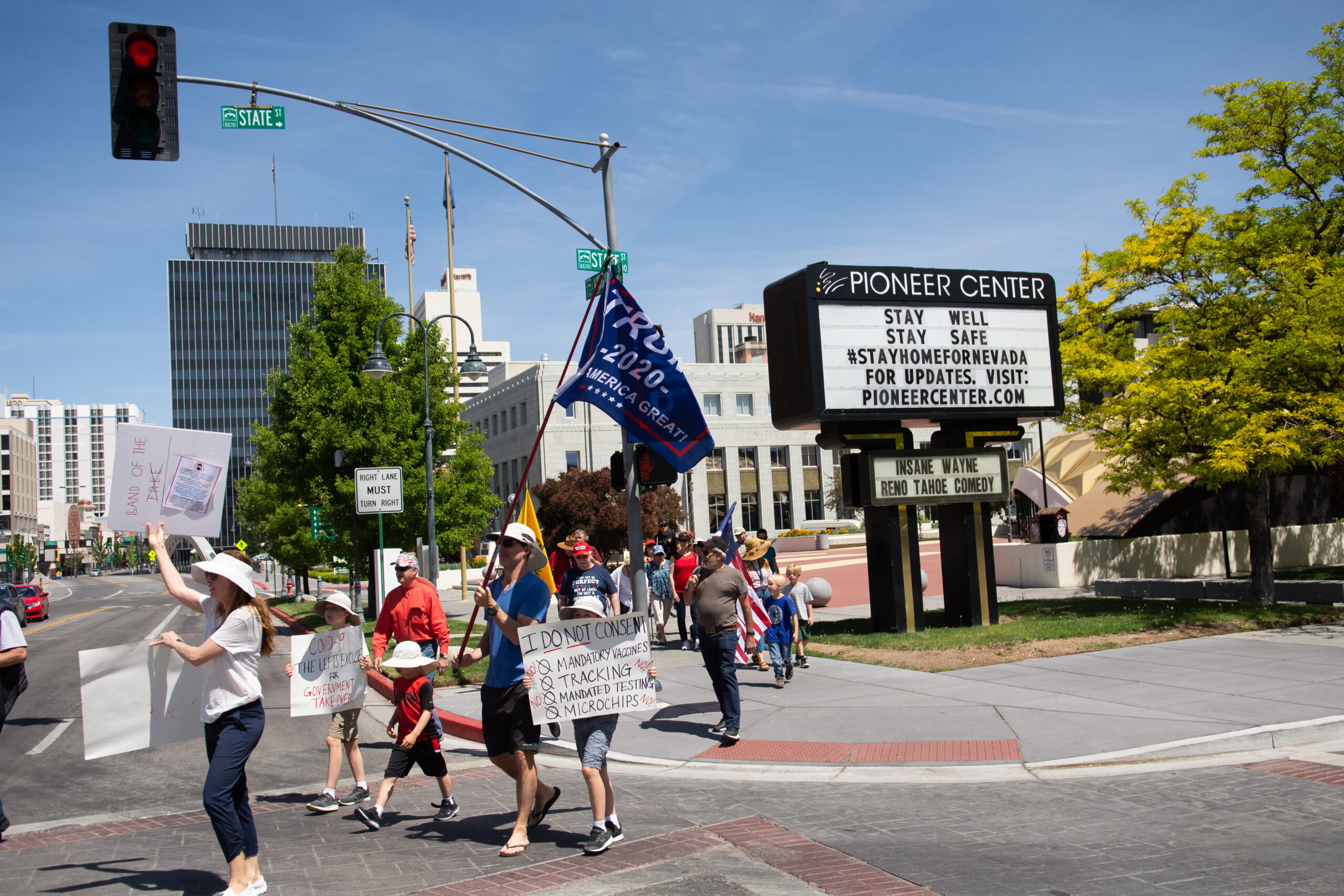 A federal District Court judge has denied a request for an indefinite extension of the signature-gathering period for the group attempting to recall Gov. Steve Sisolak.

Judge Richard Boulware issued the order on Friday denying Fight for Nevada’s request to indefinitely extend the 90-day period set in state law to gather signatures to recall Sisolak. The lawsuit was initially filed on Monday, days before the deadline for the group to turn in the needed 243,995 signatures to qualify the measure for the ballot.

In the order, Boulware wrote that the group supporting the recall was unable to present enough evidence that the ordered emergency shutdown and business closures ordered by Sisolak sufficiently burdened recall backers’ constitutional rights.

“The Court does not find that an inability to file this particular recall petition presents a severe burden when Plaintiff has not established with any detail what additional burden or inconvenience it faces if the Secretary does not extend the deadline,” he wrote in the order.

Boulware wrote that federal courts have not established a First Amendment right to place a recall election on the ballot, and that backers of the recall had not presented any evidence that the emergency shutdown orders “severely burdened” the group’s efforts to gather signatures. He noted that at the 45-day halfway point, the group had gathered only about 6.5 percent of signatures needed to qualify the measure for the ballot.

“That Plaintiff was already so far from its goal by March 30, 2020 gives less credence to the argument that the emergency directives, as opposed to other reasons, such as a lack of diligence, prevented Plaintiff from acquiring the requisite signatures,” he wrote. “Plaintiff has not argued or established that the deadline itself could never be satisfied and is therefore facially unconstitutional.”

Boulware further stated that even if the group fell short of the signature goal, “nothing prevents Plaintiff from filing another notice of intent and beginning the process anew.”

Fight for Nevada filed paperwork to recall Sisolak in February, citing a long list of grievances including the Democratic governor supporting or signing gun control legislation, limits on private wells, reporting mileage to the DMV and a false claim that he supports a state income tax. The group was formed in 2019 and has been involved with more recent protests against the state’s COVID-19 shutdown orders.

Qualifying a recall against any public official requires supporters to collect verified signatures from 25 percent of voters who cast a ballot in the last election of the targeted office-holder within a 90-day period.

Thursday was the deadline for the group to submit signatures to county election officials, who then have until Wednesday to report the totals to the Nevada Secretary of State’s office. The signature verification process — where election officials ensure that all signatures are voters who cast a ballot in the previous election — will only happen if the raw count of signatures is higher than the 25 percent threshold.

In their lawsuit, the recall group had asked the federal court to indefinitely extend the signature collection period for a period of time attached to the state’s ongoing state of emergency declaration related to the COVID-19 pandemic.

Since 1921, only three U.S. governors have been successfully recalled and forced to run in a special election.

Fight for Nevada TRO rejection by Riley Snyder on Scribd

Fight for Nevada TRO rejection by Riley Snyder on Scribd