Judge: DETR no longer in contempt of court over unemployment payment stoppages 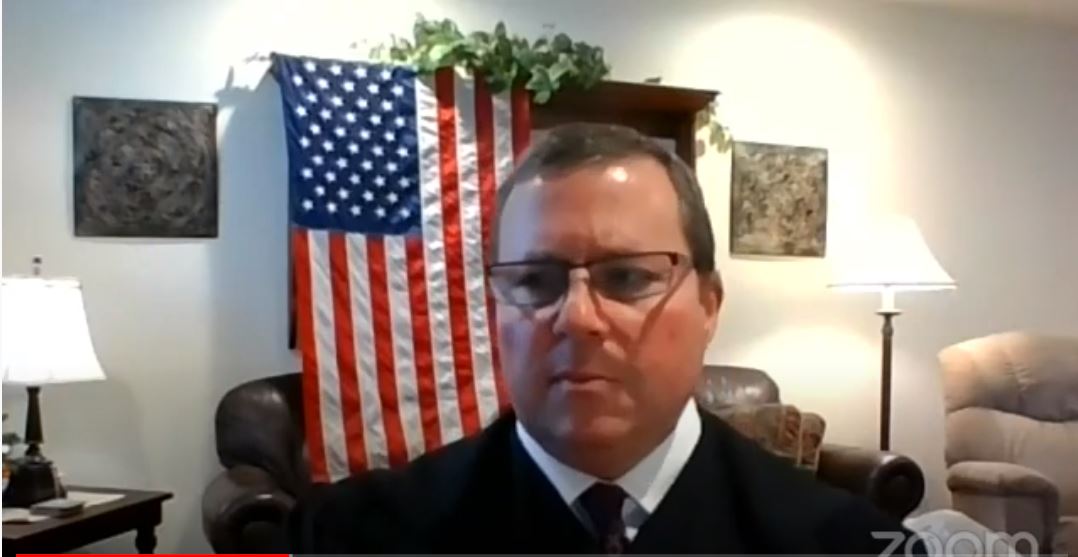 A Reno judge has determined that the state is no longer in contempt of court over stalled unemployment payments, after hearing that benefits were restarted for nearly 6,000 claimants since his initial finding of contempt earlier this month.

Judge Barry Breslow fined the Nevada Department of Employment, Training and Rehabilitation (DETR) $1,000 in early December over more than 9,000 claims that were previously being paid but then stopped without an allowable reason. Since then, the state reported it has restarted 5,758 claims, believes 1,122 are fraudulent and says 3,037 were already being paid — often through a different benefits program — and didn’t need to be restarted.

“The court is persuaded that [DETR’s] actions reflect and demonstrate substantial compliance with the prior order of mandate,” Breslow said in a Thursday hearing. “It's obvious that some issues still remain. The court encourages dialogue on that.”

The $1,000 fine is still due, with the proceeds going to Washoe Legal Services, which provides legal assistance to low-income people.

Plaintiffs argued that there are still questions about whether DETR has reactivated payments for all claimants in the category. It provided declarations from an unemployed hypnotist-magician, dental insurance worker and pet caretaker who argue they still aren’t receiving benefits.

Although Chief Deputy Attorney General Greg Ott, representing DETR, said he couldn’t address the specifics of those three claims, he said he’s not aware of any information that would change DETR’s position that it was in compliance with the order as of a Dec. 24 deadline. Plaintiffs had asked for serious consequences, including jail time for state employees, if DETR remained out of compliance with court order to pay.

DETR officials have said they had been prioritizing paying claimants in the group the court had identified, but it’s not the only issue plaguing the agency. Plaintiffs raised questions about how many Pandemic Unemployment Assistance (PUA) claimants who have been denied are afforded a meaningful opportunity to appeal.

DETR Administrator Elisa Cafferata estimated there were more than 100 appeal hearings scheduled in recent weeks and that thousands of claims had been addressed outside such formal, quasi-judicial hearings.

But PUA claimant attorney Mark Thierman accused DETR of sidestepping the question of how many appeals had actually taken place and using “bureaucratic Newspeak” or “‘1984’ language” rather than real numbers on how many have been paid. He said failing to give a chance for a full hearing is offensive and denies people a constitutional right.

On Thursday evening, DETR issued a press release indicating that there had been 200 appeal hearings for PUA claimants conducted in the two months that hearings have been going on. The agency also said it had 320 hearings scheduled in the coming weeks.

By contrast, there have been 7,200 appeal hearings completed this calendar year in the regular unemployment program, where the process is long-established. That is a pace of about 138 hearings a week.

Ott said some PUA appeals are simply requests for help filling out a claim and don’t meet the standard for triggering a formal hearing.

Breslow urged DETR and the plaintiffs to collaborate to ensure appeals are happening and the situation doesn’t escalate to another request that the agency be held in contempt of court.

“if there's a way to confirm that appeals are moving forward as rapidly as they possibly can, I encourage that dialogue,” he said.

The hearing was also another occasion to discuss the scope of Nevada’s unemployment crisis and the continual frustration of claimants who are struggling to access benefits.

Cafferata noted that DETR has administered $7.6 billion in benefits this year, and that the state has taken in nearly 1.6 million initial claims applications in 2020 — surpassing the number of people in the state’s entire civilian labor force. The high volume is likely a mix of the same people applying to multiple programs and fraudulent claims.

"It's either that or everyone in Nevada is no longer working,” Cafferata said.

Meanwhile, PUA claimant attorney Leah Jones noted that one of the claimants who filed a declaration with the court ahead of the hearing had been paid thousands of dollars and also issued a demand that he return overpaid money — all within a few hours last night. In her closing remarks, she urged frustrated claimants to stay strong.

"I would just tell everybody to hang in there,” she said.