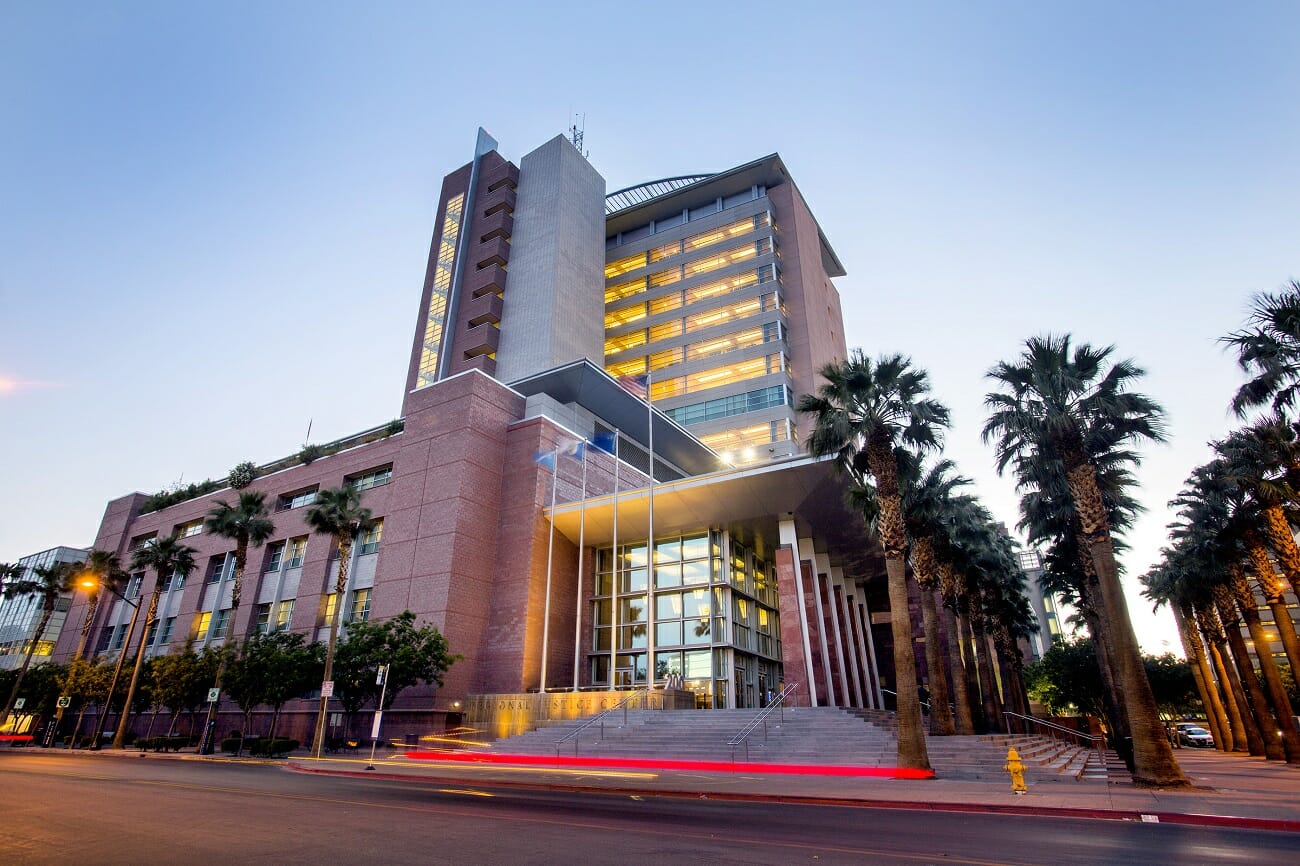 Top judicial officials issued an administrative order Friday calling for dramatic actions by the Clark County District Court to prevent the spread of the coronavirus, including suspending all jury trials scheduled for the next 30 days and barring a long list of people based on recent travel or association with people who have recently traveled to disease hotspots.

The order, signed by Chief Judge Linda Bell and Nevada Supreme Court Chief Justice Kristina Pickering, states that beginning Monday all scheduled “non-essential” court hearings will be conducted by video or telephone, decided on the papers or rescheduled unless otherwise directed by a judge. It is up for review at least every 30 days and will continue until rescinded by a subsequent order.

The suspended trials, meanwhile, will be rescheduled as the court calendar allows.

“No summoned prospective jurors are to appear,” the order states. “Any currently ongoing jury trial will finish.”

The order is the latest major disruption caused by concern over the novel coronavirus, which as of Friday evening has afflicted at least 20 Nevada residents and thousands nationwide. It is also likely to put a significant damper on the state’s busiest District Court, which takes in roughly 75 percent of non-traffic cases statewide.

The order also puts trials for civil cases on hiatus from Monday through April 17, 2020, with an option to extend the stay “as circumstances warrant.” That period will be excluded during the calculation of a speedy trial, “as the Court finds that ends of justice served by taking that action outweigh the interest of the parties and public in a speedy trial.”

The court will continue to hear “essential case types and hearings,” which include:

The judges are asking that notices be posted at the entrance to all court facilities indicating who should not enter the building.

People who have been diagnosed with coronavirus or who have had contact within 14 days with anyone who has been diagnosed with COVID-19, or have been asked to self-quarantine, are prohibited from entering the court facilities. The court is also barring people from entering the buildings if they live with or have close contact with someone who has travelled within the last 14 days to any foreign country designated as a health risk by the Centers for Disease Control.

It is also banning people who have personally traveled to any country subject to a “Level 3” travel health notice by the CDC. That is a long list of places where the outbreak has been active, including China, Iran and South Korea as well as many other European countries.

If a person is unable to appear in court because of those restrictions, they are advised to call 702-455-4472 to reschedule their court appearance or to arrange for an appearance by alternative means.

The Nevada Supreme Court issued a similar order Friday, banning people who have traveled to China, Iran, South Korea and a host of European countries in the last 14 days from entering the appellate courthouses in Carson City and Las Vegas. The order also bars people who have been diagnosed with COVID-19, had close contact with someone diagnosed or are displaying symptoms such as fever, severe cough or shortness of breath.

The appellate court restrictions will be in place until further notice, and courthouse tours have been canceled, too.

The news follows the Nevada Supreme Court’s decision on Wednesday to allow attorneys to appear via video conferencing when participating in oral arguments before the court. Nationwide, courts have taken similar steps to limit spread of the disease by suspending proceedings or limiting who is allowed to enter court buildings.

No actions have been taken yet in Washoe County or rural Nevada.

This story was updated at 7:57 p.m. Friday, March 13, 2020, to include new information about appellate courts.

This story was updated again at 1:37 PM Saturday to clarify that travel only to certain countries would ban a person from the courthouse.