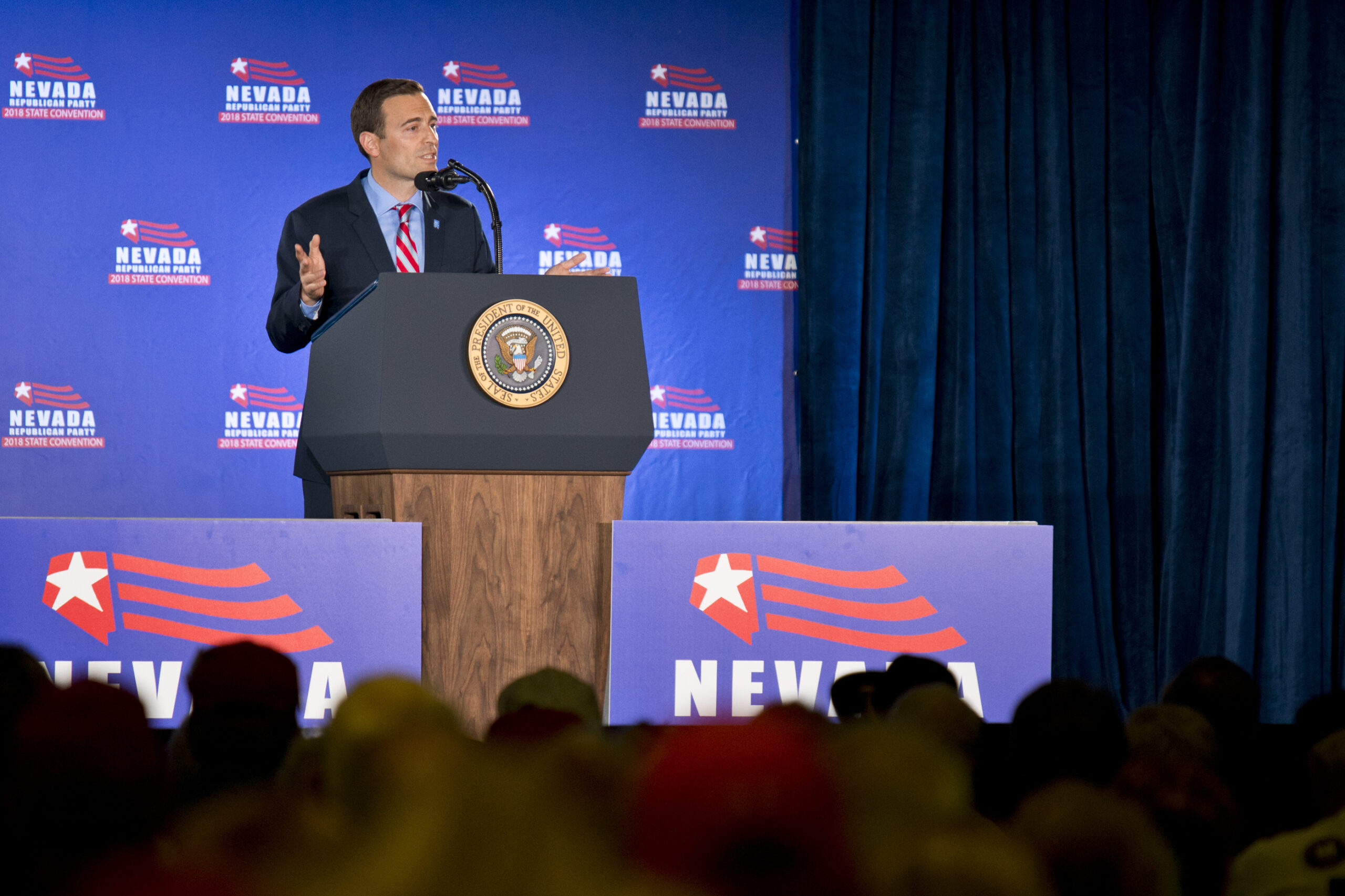 Laxalt’s involvement in the Alabama case, which was not announced in a Nevada press release at the time, is his fourth known amicus brief supporting abortion restrictions or pro-life entities in other states.

“Louisiana is an unapologetically pro-life state; and, as its chief legal officer, I will stand with our fellow pro-life states in defending life and the dignity of the unborn,” Louisiana Attorney General Jeff Landry said in a press release that announced Nevada among the 22 states that had signed on to his brief supporting Alabama’s law.

The Alabama law, similar to one in Texas that Laxalt voiced support for, would ban dilation and evacuation abortions, which are common later in a pregnancy. Opponents including Landry refer to them as dismemberment abortion because they involve using forceps to pull a fetus from a mother’s body in parts.

“It is disturbing that law prohibits animals or death row inmates from being killed by dismemberment, but does not provide the same protection for a defenseless unborn child,” Landry said. “Abortion by dismemberment kills fetuses by tearing them limb from limb while they are still alive in the womb. Not only is this type of abortion gruesome, but duly-elected state legislatures have also ruled it unlawful because it diminishes respect for human life.”

The case went before the 11th Circuit Court of Appeals for oral arguments in late May, but the court hasn’t yet ruled on the matter.

Laxalt has described his position as pro-life and he landed the endorsement of Nevada Right to Life, an organization that opposes abortion rights. In a 2018 candidate questionnaire, the group asks whether candidates support the reversal of Roe v. Wade and whether they support prohibitions on abortion past 20 weeks gestation, thought to be the point at which an unborn baby can feel pain.

His Democratic opponent Steve Sisolak, who has the endorsement of pro-abortion rights group NARAL, said he does not support restrictions on abortion.

While the future of Roe v. Wade appears to be more in play now that President Donald Trump has the opportunity to nominate a Supreme Court justice, abortion access in Nevada is somewhat more settled regardless of whether the 1973 decision is overturned.

Nevada voters essentially locked in state law provisions allowing for abortion with a statewide vote in 1990 in which nearly 64 percent supported allowing abortions within the first 24 weeks of pregnancy. And because the initiative passed a referendum vote, it’s set in place unless overturned by a direct vote of the people.

Laxalt acknowledged the limitations the referendum has imposed in the state in a press conference call on Tuesday.

Laxalt’s office didn’t respond to an inquiry from The Nevada Independent on Thursday about why he chose to sign on to the Louisiana brief, and seeking his response to criticism that the move came in contradiction to the will of a majority of Nevada voters in the 1990 vote.

Disclosure: Steve Sisolak has donated to The Nevada Independent. You can see a full list of donors here.
This story was updated at 6:10 p.m. on July 13, 2018 to reflect the brief is the fourth Laxalt is known to have signed. Others were a February 2016 brief supporting a Texas abortion law,  a March 2018 brief supporting a different Texas abortion law, and a January 2018 brief against a California law on pro-life crisis pregnancy clinics.
SHARE