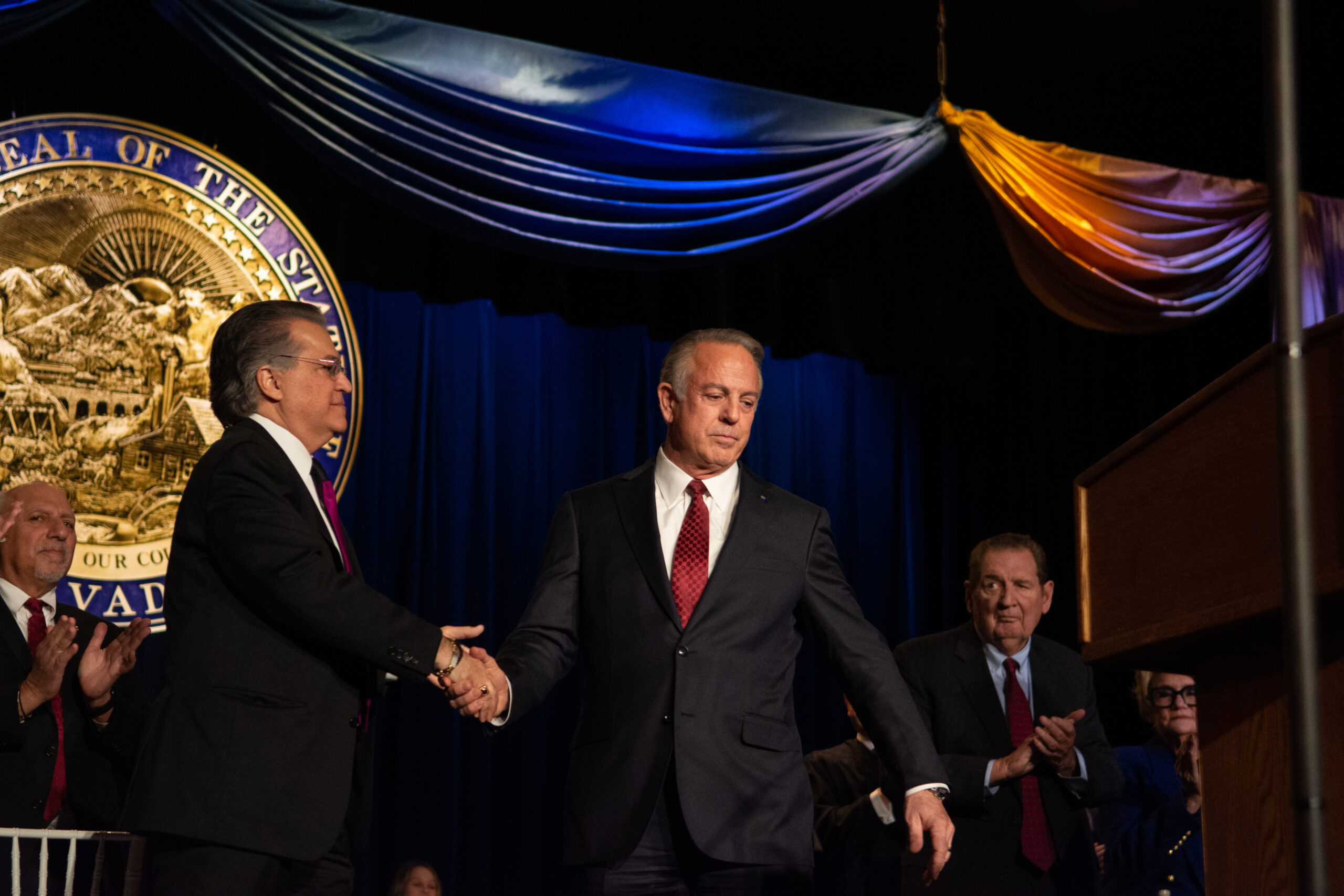 Top officials in Gov. Joe Lombardo’s administration said the governor and his staff are preparing a state budget that will make “unprecedented investments in K-12 education,” and evaluating pay and benefits packages for state employees, although they did not say whether those will align with dramatic increases Gov. Steve Sisolak proposed before leaving office.

In a 15-minute briefing Friday with statehouse reporters, Lombardo Chief of Staff Ben Kieckhefer also announced cabinet appointments and two executive orders the governor issued. He said the administration would focus on expanding “school choice in all of its forms” during the upcoming legislative session but did not elaborate on any specific reforms.

“We believe in this holistic school choice. That includes choice within the private system, choice within the traditional public system and choice within public charters,” Kieckhefer said. “And there's a lot of space, with that philosophy in mind, to give more options to families. And we're excited about working with our counterparts to do that.”

Kieckhefer did not commit to following Sisolak’s proposed state spending plan that would have more than doubled the education budget and raised state employee wages by 10 percent the first year and 5 percent the following year.

“We’ve taken the previous administration’s recommendations under advisement, but we’ll be making our decisions about what we think is best for the state,” Kieckhefer said.

“The governor’s going to have an agenda that he will push aggressively and try to find ways to work through the legislative process, if that’s the pathway they have to go,” Kieckhefer said.

One of the executive orders rescinds any remaining COVID-19 directives and orders — a move Kieckhefer describes as “primarily clean up.” Sisolak lifted the state of emergency in May of last year.

The other order directs the Nevada Department of Administration to review and make recommendations surrounding the hiring, retention and promotion of state employees, aiming to address a more than 24 percent vacancy rate among state positions.

The order also noted that the administration would work to transition the state workforce “to pre-pandemic, normal and customary office conditions” by July 1.

“Starting at the next fiscal year, we expect everyone to be working back at normal hours in a physical office,” Kieckhefer said.

Neither order discussed repealing an executive order Sisolak signed preventing Nevada agencies from aiding out-of-state authorities investigating people for receiving or offering abortions in Nevada. Lombardo said on the campaign trail that he would repeal that order, but later walked back that statement.

Though the governor had appointed and recommended 17 cabinet members, Kieckhefer said the administration had yet to appoint someone to run the Governor’s Office of Energy. The role, as described by previous director David Bobzien, was to advance clean energy in Nevada.

Kieckhefer declined to discuss any policies or priorities in depth, noting that the governor will announce more information, including details about raises for state employees, in his State of the State speech on Jan. 23.