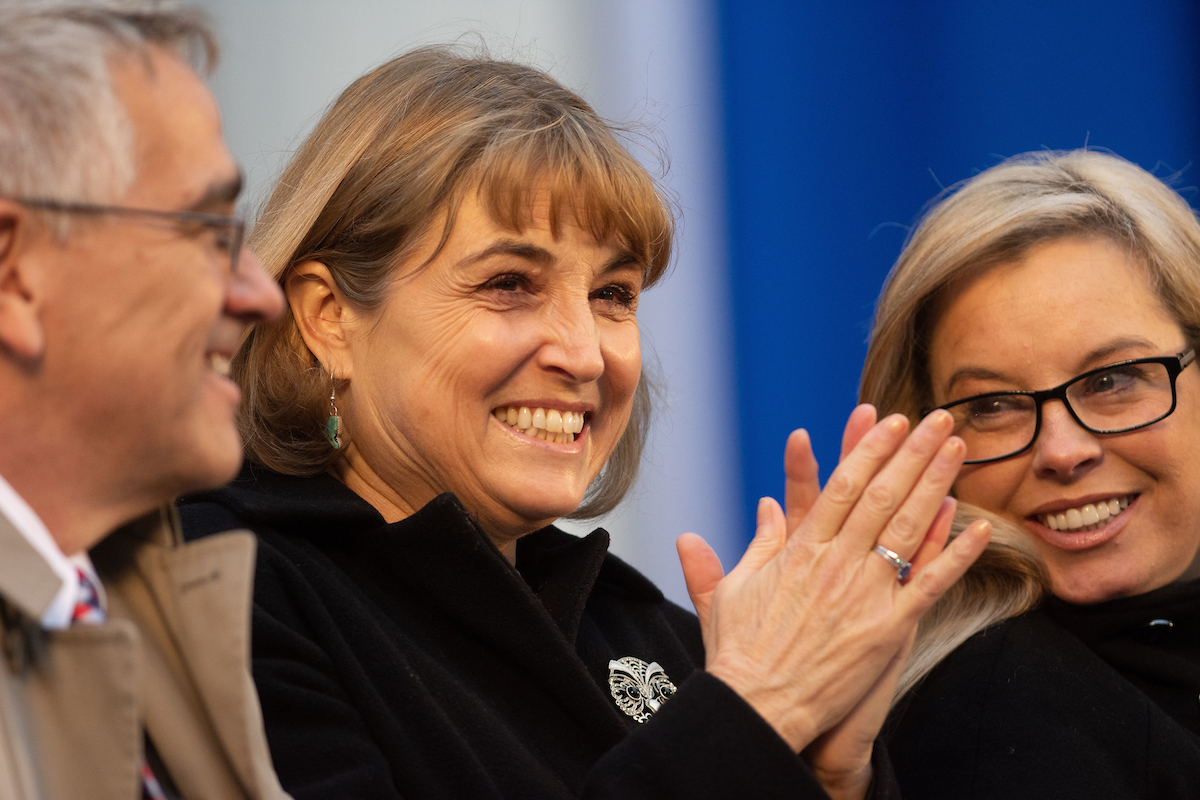 Lt. Gov. Kate Marshall formally announced Thursday afternoon that she will resign and accept a position with the Biden administration.

Marshall, whose move The Nevada Independent reported earlier this week, will become the White House’s senior adviser to governors within the Office of Intergovernmental Affairs but will continue to serve as lieutenant governor until her transition sometime in the late fall.

“I will work on the same issues I have during my time in elected office: to ensure that the American Dream can be reached by all who seek it in Nevada and our country,” Marshall said in a press release.

Julie Rodriguez, director of the Office of Intergovernmental Affairs, said Marshall's experience in the lieutenant governor role would help the White House accomplish its goals.

“Her first-hand experience in leading economic development efforts and supporting small businesses will be integral to President Biden’s efforts to implement the American Rescue Plan and the full Build Back Better agenda,” Rodriguez said.

Under Nevada law, the lieutenant governor’s office could remain vacant or Gov. Steve Sisolak could appoint a replacement. In 1989, when U.S. Sen. Richard Bryan took office, then-Lt. Gov. Bob Miller ascended to the governorship and the No. 2 position remained vacant.

The lieutenant governor’s post is up for election next in 2022.

Asked about his plans at an affordable housing-related event in Las Vegas on Tuesday, Sisolak said he has “no idea at this time” about whether to replace her or leave the seat vacant.

“I talked to the lieutenant governor, I talked to President Biden about it. I'm happy for her… So we have to wait and see what happens," he said. "I've obviously gotten numerous phone calls and texts and expressions of interest. But right now today, I'm focusing on affordable housing."

He noted that there will be a special legislative session in coming months and said he planned to talk to his team about whether the seat could be held open until then. On Thursday, Sisolak’s office said in a press release that there is no specific legal deadline to make an appointment.

Marshall previously served as a two-term state treasurer, winning races in 2006 and 2010. Prior to that, she was a senior deputy attorney general from 1997 to 2000.

Marshall’s resignation comes shortly after other key members of Gov. Steve Sisolak’s leadership team announced their departures. Last month, Chief of Staff Michelle White and Senior Advisor Scott Gilles said they were stepping down. Both indicated they would be taking some time off after a hectic year and a half helping shepherd the state through the pandemic and subsequent economic fallout.

Last week, Sisolak announced that former state Sen. Yvanna Cancela, who had moved to Washington, D.C. to work within the federal Department of Health and Human Services, will return to Nevada as his new chief of staff.