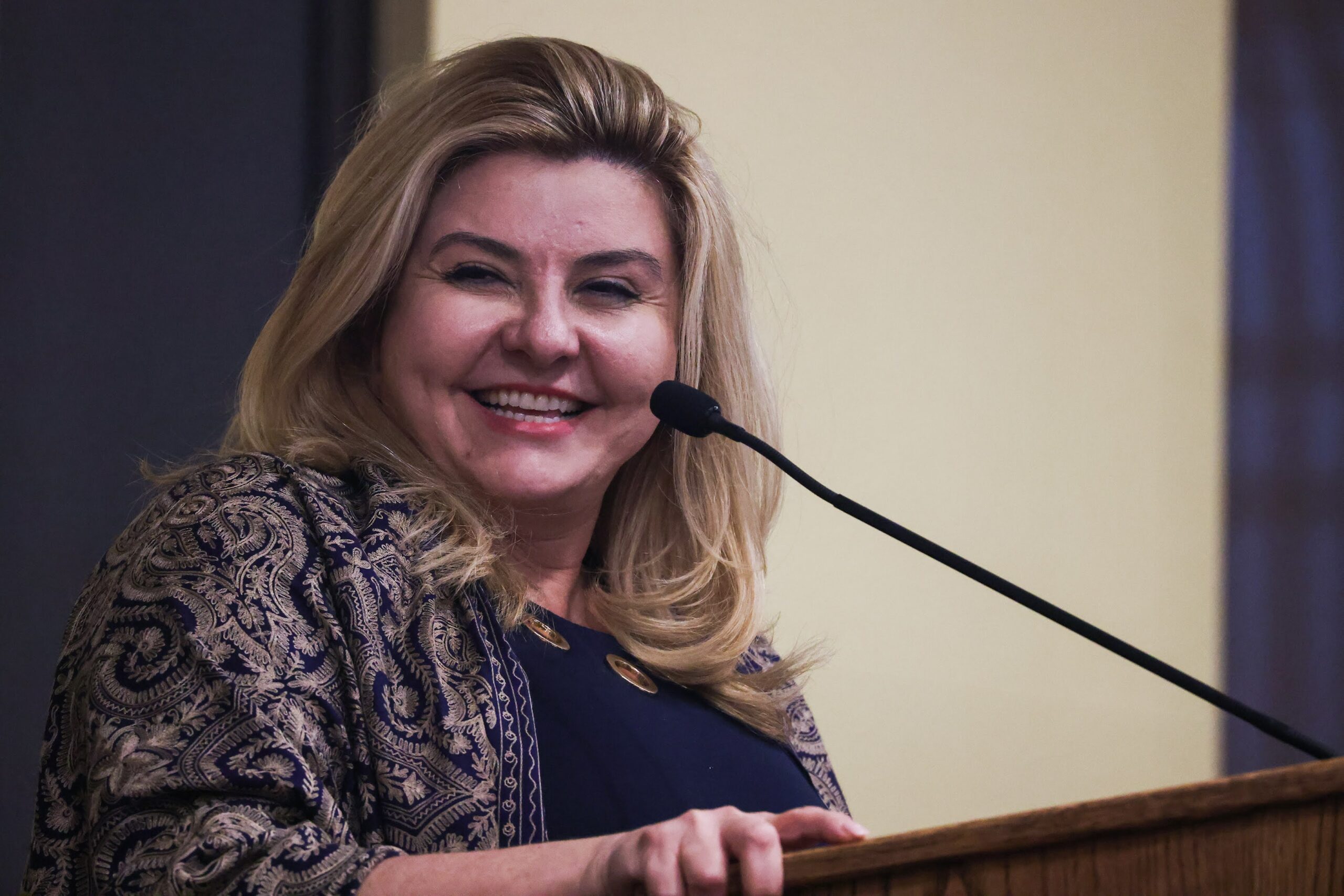 The unanimous decision came after commissioners spent about four hours interviewing candidates, including asking how they felt about allowing guns in courtrooms. In making the motion to approve Fiore, Commissioner Donna Cox cited the former lawmaker’s ambition, knowledge and recommendation from former President Donald Trump, as well as Fiore’s plans to build in Nye County.

Fiore, who said she had been renting a house in the county since mid-November and is “very excited to be a Pahrump girl,” said she was working on her bachelor’s degree and intended to become a licensed attorney in the future.

“I'm excited about the learning curve. I'm not going to sit here and tell you I know everything — I will tell you that I don't know what I don't know,” she told commissioners. “Becoming a justice of the peace, I know, will be very exciting. And I will go to whatever lengths I have to to make sure that I have all of the knowledge.”

Fiore was a Republican lawmaker in the Assembly before serving a term on the Las Vegas City Council and losing a bid to be state treasurer last month. A gun enthusiast, Fiore appeared in a campaign commercial shooting beer bottles with the labels “vaccine mandate” and “CRT” (critical race theory), and said she didn’t mind people bringing guns into courtrooms because “an armed society is a polite society.”

“If we get in a gun battle, I'll probably win. So I'm cool with you bringing a gun in the courtroom,” she said.

A public commenter who called in after the decision said Fiore’s appointment would put Pahrump on the map and be national news.

“I think the left is gonna go berserk,” said the commenter, who identified herself as Amy Nelson.

Read more background on Fiore and the justice court vacancy below.

Former Las Vegas City Councilwoman Michele Fiore, a firebrand conservative who mounted a failed bid for state treasurer this year, is one of 20 applicants vying to serve as a justice court judge in Pahrump.

Following her loss in the treasurer’s race, Fiore finished her single term on the city council, and is now seeking to serve as a Pahrump Justice of the Peace for a term ending in January 2027, county officials confirmed to The Nevada Independent on Friday.

On the campaign trail, she vocalized her love for Pahrump, a deep-red community of about 38,000 people lying adjacent to the Nevada-California border in Republican-heavy Nye County.

"I will tell you Pahrump happens to be one of my favorite places,” Fiore told a crowd of local residents during a candidate forum in August. “Once I'm done with city council, I don't have to be in my ward anymore. I can live anywhere ... Anyway, so after this election, besides being your treasurer, I might be your neighbor."

Fiore also mentioned looking at two parcels of land in the area prior to the forum. Through a review of Nye County property records, The Nevada Independent was unable to determine whether Fiore had purchased property in the county. Fiore could not be reached immediately for comment.

Kent Jasperson, the city’s previous Justice of the Peace, one of two such judges, died in August, the Pahrump Valley Times reported.

Other applicants for the open justice court seat include Nye County Commissioner Leonardo Blundo, who was not re-elected this year and who earlier this year was charged with felony domestic battery; William Hockstedler, who finished fifth in the Republican primary for U.S. Senate earlier this year; former Nye County Sheriff Sharon Wehrly, who lost a bid for re-election this year; and William Carns, the Nye County GOP Chair.

Before her term as a Las Vegas city councilwoman, Fiore served as a state legislator.

The Nye County commissioners are expected to appoint a candidate to the open seat during a meeting on Dec. 20.