More than a month since launch, rental assistance program has paid out about $2 million of its $60 million allotment 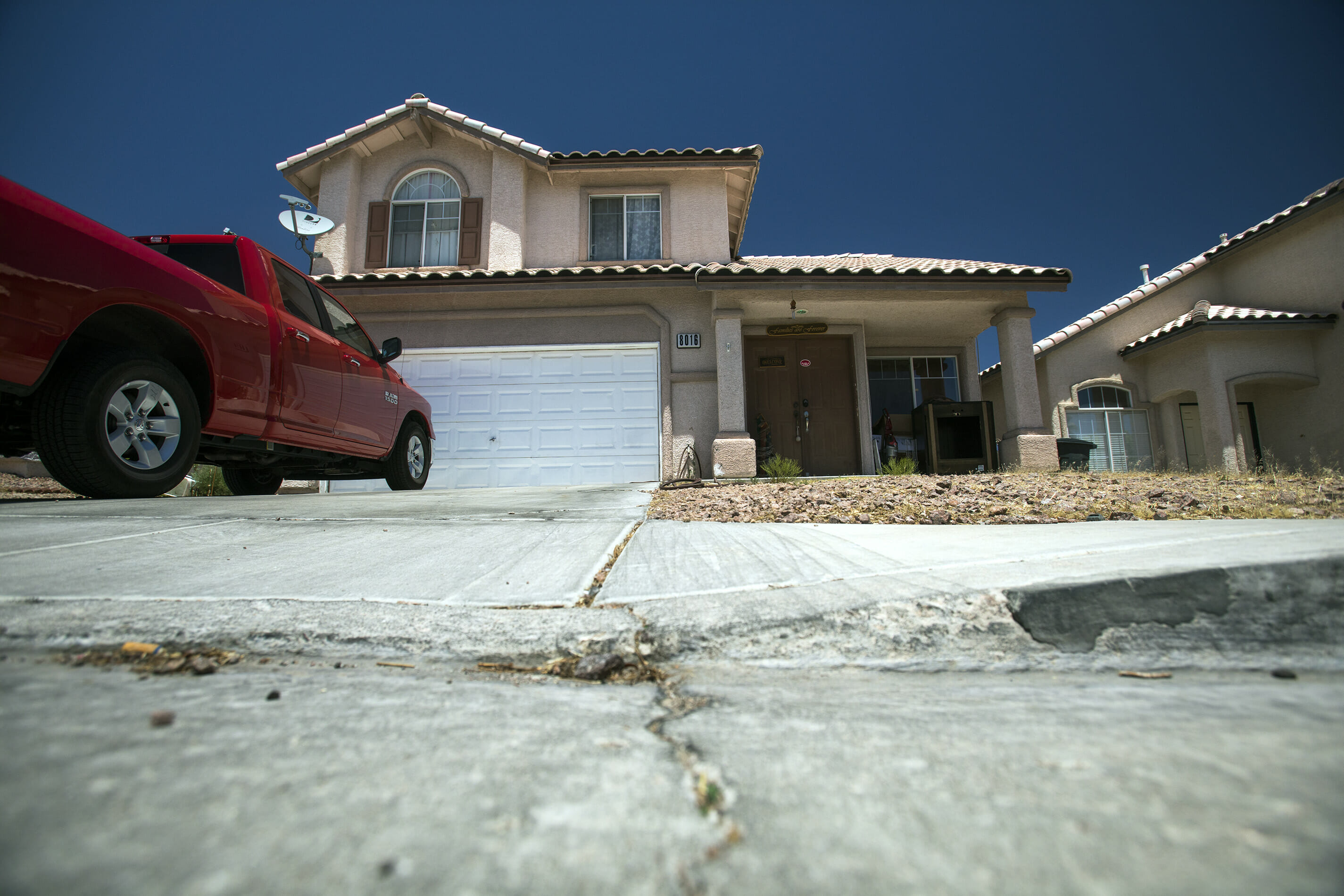 Officials trying to get $60 million out the door by the end of the year on behalf of Nevadans who have fallen behind on rent have disbursed about $2 million so far, according to progress reports provided to a state housing committee.

Administrators are finding generous, federally funded unemployment benefits that just expired pushed many applicants over the income eligibility threshold (about $81,000 for a family of three in Clark County), and others say their main hurdle is a high volume of inquiries about the program that may be duplicative. The presentations about the CARES Housing Assistance Program (CHAP), which launched in mid-July, were provided to the state’s Advisory Committee on Housing on Wednesday.

“Definitely still a needed program. A little frustrated that we're experiencing those challenges, but we're continuing to work through it,” said Amy Jones, head of the Reno Housing Authority, which is administering a $5 million pot of money. “We are working with these families getting any and all information we can from them, to ensure that we can find them eligible.”

Beneficiaries must have fallen behind on rent to qualify for the funds, which provide up to three months of back payments to a landlord. Applicants must not make more than 120 percent of their county’s average monthly income to be eligible.

Jones said that her agency had received more than 1,600 initial applications for assistance and had hired six temporary staffers to help with the workload. But so far, only 232 applicants have completed the follow-up steps of the process, and the authority has only paid out $22,000. Many applicants made too much to qualify when the federal government was paying a $600-per-week unemployment add-on benefit, and some had failed to pay their rent even though they were receiving unemployment money.

“Now that that $600 has stopped through unemployment … we are seeing more families to be eligible, effective August,” Jones said.

There are another 5,300 applications in the queue, which officials say could take up another $12 million if all are eligible and the average aid package is $2,300 per household.

But throwing off the count is the more than 33,000 inquiries the Clark County program has received through the 14 different entities administering the assistance. Officials said they don’t know what the figure represents — are all of the messages from eligible claimants, or have many inquired multiple times and to multiple agencies?

The county last week announced it was pausing acceptance of applications in hopes it could work through a backlog of inquiries before a statewide eviction moratorium lapses on Sept. 1 and ensure those who are “already in line” receive funding. If it appears more money is unobligated after that review, the program could reopen to applications.

The Nevada Rural Housing Authority that serves the remaining 15 counties in the state has received 528 applications to date, mostly from Carson City, and is trying to get word out about the assistance to some of the more remote locations. It has approved $227,000 in aid so far.

Democratic state Sen. Julia Ratti, who sits on the advisory committee, raised another concern about eligibility in the program — whether it was excluding people based on immigration status. The programs say they do not hold immigration status against applicants that otherwise qualify for help, but in keeping with standard practice for public housing programs, the pandemic rent assistance program has been requiring Social Security cards and driver’s licenses to prove identity.

That’s a barrier for many non-citizens that do not have a Social Security number and have also been precluded from other financial assistance such as stimulus checks. Program administrators were unsure whether the CARES Act prevents households with undocumented immigrants from receiving aid or whether the process was simply a carryover from other housing programs that may be more restrictive.

“I don't want us to unintentionally be excluding the population that may be very much in need of assistance, and by the very nature of this conversation, often doesn't have access to that assistance,” Ratti said. “If this is just an unintended conflict, I hope that we move rapidly to not have the state of Nevada be putting more restrictions on these dollars than what the federal government put when they released them.”

Members of the advisory committee also remarked at the irony that, in spite of the pandemic and the job market tanking, the state’s housing market is red-hot. The median home price in Las Vegas reached a record high of $330,000 in July, and Reno’s median home price hit a record of $459,000 last month.

Rental rates, too, have shown no signs of abating. Members attributed that to a continued exodus of Californians from the Golden State, and the massive infusion of federal aid — including the CHAP program — that has helped people keep up on their mortgages and rents.

Still, some predict an impending eviction crisis. The Guinn Center for Policy Priorities estimates that between 118,000 to 142,000 households could struggle to pay their rent by September.

“[We] do have essentially social service programs that are propping up housing, and that our entire housing infrastructure could be in a very different situation,” Ratti said. “And then certainly interesting that we're not seeing a softening of rents or anything along the lines that you would kind of expect in a recessionary period, and I think much of that probably has to do with the kind of support that folks are getting.”