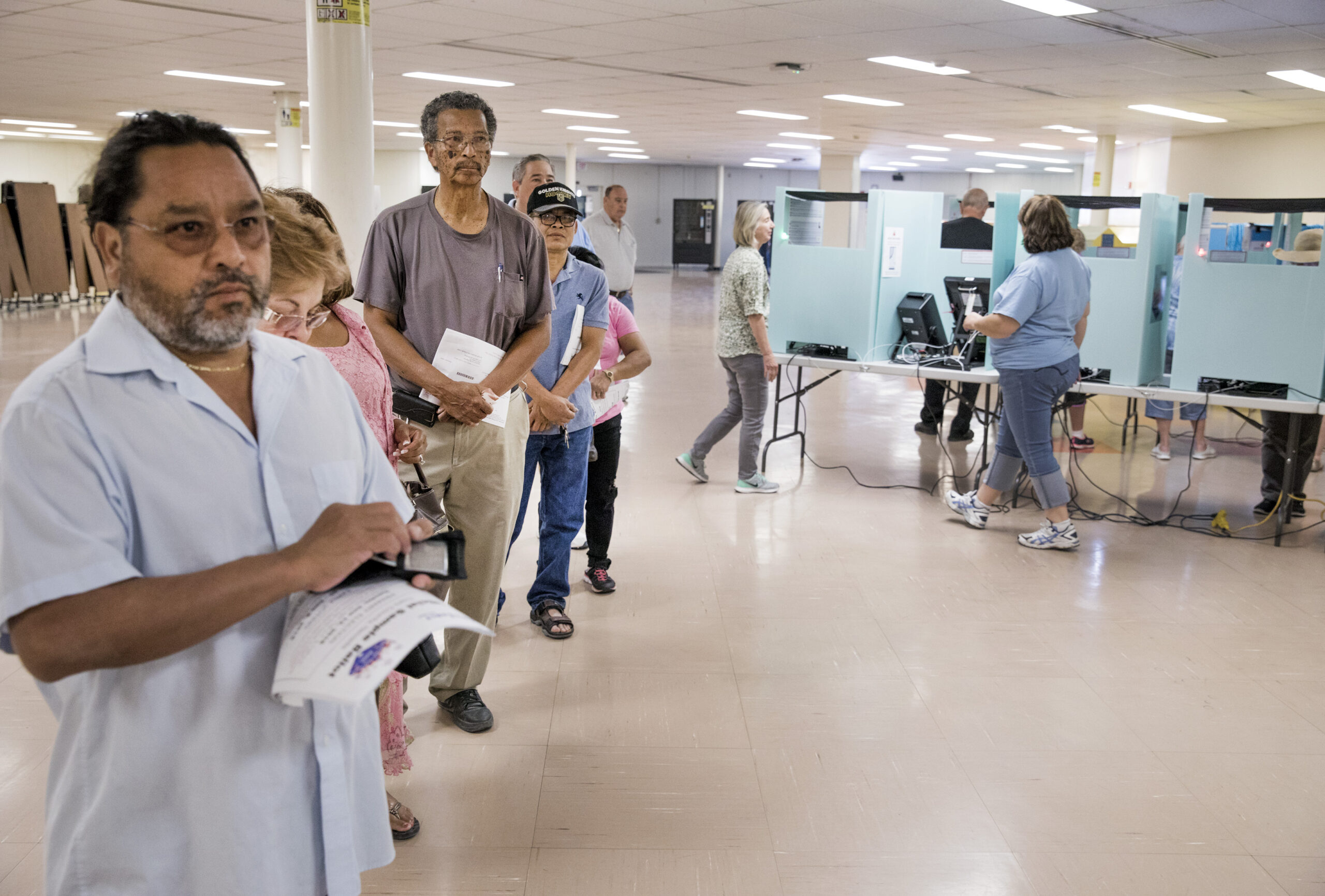 The 2018 election was, for the most part, not a good night for Nevada Republicans.

But unlike their colleagues in California, Arizona, Maine, and Florida, who waited days to weeks for a final call in major races, Nevada candidates generally knew the results of their races within a few hours of polls being closed.

Despite conspiracy theorists and some high-ranking officials (including President Donald Trump) questioning the legitimacy of ballots being tallied after election days, states including Arizona, California, Washington and Utah often take days or weeks after Election Day to fully tally all ballots cast, with the outcome of races undetermined for days or weeks after polls close.

But Nevada has largely avoided that issue — quick calls on election night are a result of the state’s relatively strict deadlines for mail and absentee ballots and because of the popularity of early voting in the state, Deputy Secretary of State for Elections Wayne Thorley said in an interview with The Nevada Independent. Thorley said being able to call races relatively quickly helped solidify the integrity of election results and cut down on misinformation that festers when ballot counting continues indefinitely.

“When it comes to elections, perception is a big, important issue,” he said. “As you can see, it's happening in these other states that are taking a long time to get results in. It breeds, I don't want to say conspiracy theories, but it causes some people to think there's some stuff that’s going on that’s not on the up and up.”

Although they are typically lumped together, the state considers mail ballots and absentee ballots differently. Mail ballots are typically offered in precincts with a small number of voters (fewer than 200 residents or ballots cast in the previous election), and conduct elections entirely through mail. Absentee ballots are available to anyone in the state, but state law requires them to be in the hands of county election clerks by the close of polls (7 p.m.) or are otherwise considered invalid and not counted.

That’s in stark contrast to California, where mailed-in ballots will be counted as long as they are postmarked by Election Day and received by Fridays’ close of business. The number of mailed-in ballots was so large that in 2016, fewer than half of votes cast in the state were counted on Election Day. In Arizona, where Democrat Kyrsten Sinema declared victory more than a week after Election Day, nearly three-quarters of ballots cast came via mail in 2016 and a similarly high number expected this cycle.

Nevada is one of 27 states that allows for any qualified voter to request and receive an absentee ballot through the mail without a reason, a so-called “no excuse absentee” state. Lawmakers also approved a bill in the 2017 Legislature allowing for voters with disabilities or over the age of 65 to make a permanent request for mail/absentee ballots for all future elections, though all other voters must request an absentee ballot for each election.

Nevada also allows county election clerks to deliver sent absentee or mail ballots to a central county board for processing and counting at most four days before an election, which also cuts down on delays. The same 7 p.m. deadline also applies for military or overseas voters, though Thorley said they’re allowed to either fax, mail or email their ballots in to the state.

“It’s just not a popular voting option in this state,” Thorley said.

Another voting option that could lend uncertainty to races being called on Election Night are provisional ballots, given to voters whose eligibility to vote is in question. State law requires election officials to determine the validity of the ballots and the voters who cast them by the 5 p.m. on the Friday after the election.

Thorley said use of voting centers, which allow voters to cast ballots at any location as opposed to a designated polling precinct, would likely cut down on the number of provisional ballots cast as the majority of past provisional ballots came from voters going to the incorrect polling place in Clark County.