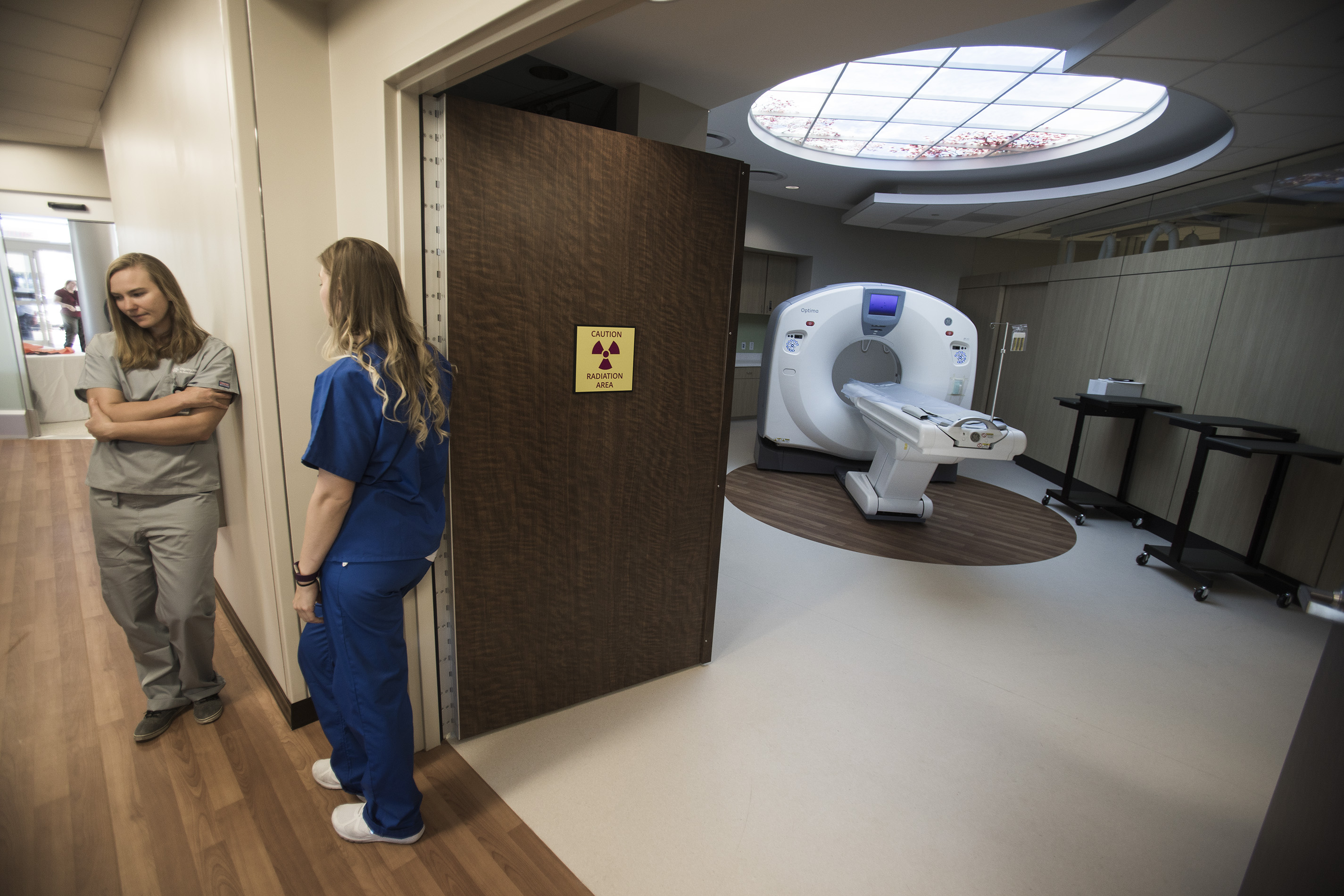 Nevada’s health insurance exchange is soldiering ahead with a plan to transition away from the federal enrollment website in favor of a state-run platform even as the White House continued to emphasize its opposition to the Affordable Care Act in a budget it released this week.

Exchange officials say that a Nevada-run platform will not only save the state money but it will also allow officials to know who is actually purchasing individual plans through the exchange and better target their outreach through advertising and other marketing efforts. Plans to transition Nevada to a state-run platform were temporarily put on hold during the 2017 session amid congressional efforts to repeal and replace the Affordable Care Act but have restarted as the appetite for any large-scale health-care reform has significantly decreased in Washington.

The Legislature’s Interim Finance Committee approved $1 million last week for the Silver State Health Insurance Exchange to move ahead with the process implementing a state-run platform, beginning with a request for proposals that will go out next month. But even as the future of the federal health-care law seems more certain for the foreseeable future than it did last year, lawmakers — and even exchange officials — still have questions about what the next couple of years will look like.

Perhaps the biggest question is what impact the repeal of the individual mandate — one of the three legs of Obamacare requiring people to purchase health insurance or face a tax penalty that was scuttled as part of the tax package passed by Congress last year — will have on Nevada and other states. (The individual mandate penalty will remain in effect for 2018 but will go away in 2019.)

“With the removal of the mandate, the federal mandate, what’s the future look like, and should we be going down the path right now if you guys aren’t going to exist two years from now?” Assemblyman Mike Sprinkle, D-Reno, asked at the recent committee meeting.

The nonpartisan Congressional Budget Office and other health policy experts projected that repealing the individual mandate would lead to an increase in premiums and a decrease in enrollment. But it’s not clear to what extent the “stick” of tax penalties was responsible for driving more people to purchase health insurance on the individual market compared to the “carrot” of federal subsidies, which help cover the costs of purchasing health insurance for those who make up to 400 percent of the federal poverty level.

And even though the White House’s budget released this week calls for the enactment of legislation similar to the Graham-Cassidy-Heller-Johnson bill — repeal-and-replace legislation the Senate briefly considered in September that would have kept in place most of the ACA’s taxes but sent money to the states in the form of block grants to use as they see fit  — it also proposes fully funding cost-sharing reductions. Those are federal subsidies that help lower-income Americans afford insurance that President Donald Trump decided to stop paying in October, and the risk corridors program, which stabilizes insurers on the exchange from extreme gains and losses.

Without any serious large-scale attempts to scuttle the ACA on the horizon — House Speaker Paul Ryan instead called for “incremental” health-care reform this week — Nevada’s exchange is moving ahead with what it can control -- namely, the state-run platform.

“What we’re doing at the exchange is focusing on what is law and what is happening and recognize that one of the ways that we can continue to grow and improve on our exchange and the services we provide is to find an alternative, proven and demonstrated system for eligibility and enrollment, not only to bring down the costs of our technology, but to find so many new efficiencies,” Korbulic said.

The move comes nearly four years after the exchange dropped its contract with Xerox for major flaws in Nevada’s original state-run platform, used when the exchange first launched in 2013, and switched to the federal system. Under the Xerox contract, Nevada’s state-based exchange was plagued with computer errors and billing and enrollment programs, with consumers complaining they paid for insurance they never received.

Now, Nevada pays the federal government 3 percent of the total health insurance premiums collected to use the healthcare.gov platform. The exchange is aiming to get those costs down to 1.5 percent by contracting with vendors to build out a new state-run platform and operate an associated call center to handle consumer-side issues.

The exchange estimates it will need to pay about $12 million to the federal government in fiscal year 2021, whereas it anticipates the entirely state-run platform will only cost an estimated $6 million. To stay with the current hybrid model of a state-based marketplace using the federal platform, the exchange anticipates that they’d need to raise the overall fee assessed carriers from 3.15 percent to 4.7 percent, which is 1.2 percent higher than fully federally facilitated marketplace states pay.

But even more than the cost savings, the exchange views transitioning to the state-run platform as crucial to its ongoing outreach efforts, which will be all the more necessary with the individual mandate going away in 2019.

“The exchange is working on controlling what we have control over,” Korbulic said. “We’re going to continue to focus on Nevadans understanding that insurance is what you need to protect you and your family from financial ruin — it’s there to protect you from unexpected medical costs, which are exorbitantly high — not only through our marketing and messaging but focusing on long term sustainability.”

In response to repeal-and-replace efforts last year, Nevada’s exchange ramped up its outreach efforts last fall to make clear to consumers that the exchange still existed, the financial assistance they could receive in purchasing insurance and the overall benefits of being insured. Where there was a national decline in enrollment of about 3.7 percent between 2016 and 2017, Nevada actually saw a 2.2 percent increase over the previous year.

Plus, a state-run system will allow exchange officials to be able to better resolve consumer concerns than they are able to now, since they don’t have full access to the back-end of the federal enrollment website. They also anticipate that they will be able to better address the churn of people between the exchange and Medicaid, ensuring that people access the insurance that’s appropriate for them.

The $1 million appropriated by the legislative money committee will be used to pay for the cost of designing, developing and implementing the state-run platform, an independent validation and verification of the system and setting up the consumer assistance center. All members of the Interim Finance Committee voted for approving the money to move forward with the project with the exception of two Republicans, Sen. Heidi Gansert and Assemblyman Chris Edwards.

Gansert expressed concerns about the costs of implementing the platform and moving forward with the project during the interim, while Edwards worried about the possibility of the federal government making further changes to the Affordable Care Act.

“I kind of lack the confidence that we’re really ready to move forward on this because we have too many variables that still haven’t been answered,” Edwards said at the meeting.

But Korbulic emphasizes that, given that congressional appetite to repeal and replace the Affordable Care Act has significantly declined, the focus from a policymaking perspective should be on stabilizing and improving the system that currently exists.

“I think what we may have learned over this last legislative period and the repeal and replace efforts is we really can’t just sort of throw the baby out with the bathwater,” Korbublic said. “We need to focus on the systems we have in place and build on them and improve them.”

The exchange plans to hold a public information session on Feb. 27 at its Henderson and Carson City offices, which will be followed by a request for proposals that will go out in early March. The goal is to present a contract to the Board of Examiners in August, which would be followed by a six-month standup of the platform and three months of testing to get the state-run platform ready for use on Nov. 1, 2019, the first day of open enrollment for the 2020 plan year.