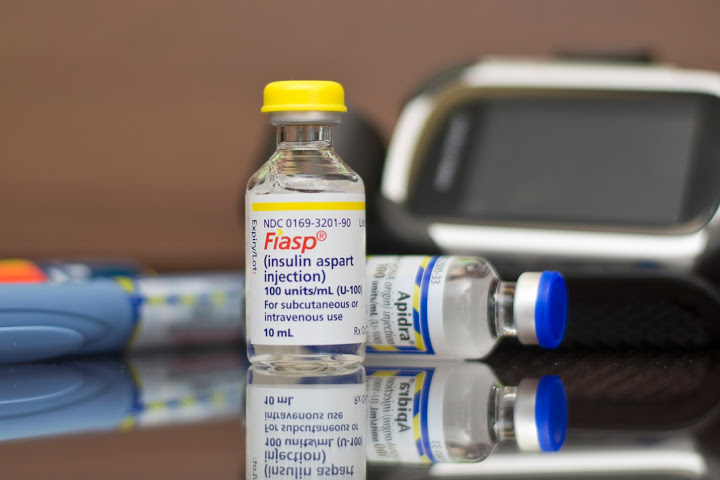 The state is imposing $17.4 million in fines on 21 diabetes drug manufacturers that have either failed to comply with or were many months late in complying with a drug pricing transparency law passed two years ago.

The fines, which the state is allowed to assess at $5,000 a day, range from $735,000 for one company that submitted the required drug pricing data the same day it received a final notice from the state — but 147 days after the reporting deadline — to $910,000 for eight companies that still have yet to report the required information. The Department of Health and Human Services told the companies in letters sent this week that they have 30 days to either pay the fines in full or 10 days to request an informal dispute resolution meeting with the state.

If the companies fail to respond, the department will refer the cases to the attorney general’s office to seek a court order to collect the penalty.

The law, which was passed by the Legislature in 2017, requires diabetes drug manufacturers to annually report to the state production costs, administrative expenditures, profits, financial assistance, coupons, and other information. It also requires manufacturers to provide additional information for drugs determined to have experienced a significant price increase, including a list of each factor that contributed to the increase and the percentage of the total increase attributable to each factor.

According to the letters, nine of the companies have given the state the required information and submitted initial documentation explaining why they were late in meeting the reporting deadline. However, the letters state that an informal dispute resolution meeting will still be necessary for each company “to further clarify” their position.

One of those companies, Virtus Pharmaceuticals, told The Nevada Independent that it missed the deadline because of personnel changes. Warren Pefley, Virtus’ senior vice president of sales and marketing, said in an email that the late report was “clearly an oversight on our part” but that the company’s chief financial officer and legal department have not commented on a possible fine.

“It is my hope as this is the first year of reporting, there would be some understanding and leniency as the information was submitted immediately once we were made aware that we missed the deadline,” Pefley said. “We will certainly be on time with our reporting going forward.”

Other companies have told the state that the only reason they didn’t comply with the law is that they didn’t know it existed.

Department of Health and Human Services Director Richard Whitley said that companies that choose to go the informal dispute resolution route will have an opportunity to present information before an impartial hearing officer who will decide whether the company should have to pay the assessed penalty in full, pay a lesser penalty, or have the penalty waived. The goal of the process, he said, is compliance and — by extension — obtaining more information to better grasp the costs of treating diabetes in the state, not to collect money.

Whitley said the department will use existing resources and staff for the informal dispute resolution meetings and that any penalties collected will at a minimum cover staff time spent. He also noted the difficulty the department has had in ensuring compliance up to this point, including trying to find the contact information for companies to notify them of the reporting requirement.

“We’ve gone the extra mile to reach out where possible, but you go on some of these websites for some of these pharmaceutical companies and you see how hard they are to navigate,” Whitley said. “It almost seems like deliberate non-transparency sometimes.”

Another four companies have submitted their reports without any explanation for being late, one submitted an incomplete report but is working toward full compliance, three responded to the state but have yet to submit reports and four have yet to respond to the state.

“With the ones that got in communication with us, the generalized response was very supportive of the law in the context of compliance,” said Scott Jones, who helms the state’s drug transparency efforts. “They were saying they are working to come into compliance with it.”

Other than Virtus, none of the other companies immediately responded to a request for comment Tuesday afternoon.

The latest round of notices comes a little more than a month after the department sent out final warning letters to more than two dozen drug companies reiterating that all manufacturers of what it determines to be drugs essential to the treatment of diabetes are required to submit annual reports to the state under Nevada law and can be assessed fines for noncompliance.

Of the 26 companies sent the warning letters, two were already in compliance with the law because they are labelers for a company that reported on time, and another three were labelers for a foreign manufacturer that has since been provided notice of the penalty, according to state officials.

In Nevada, more than one in ten adults suffers from diabetes, and the disease costs the state $2.7 billion a year in direct and indirect diabetes-related medical expenses.

Earlier this year, lawmakers approved and Gov. Steve Sisolak signed into law legislation that will expand the diabetes drug reporting requirements to asthma drugs. That law officially went into effect on Tuesday, with the first reporting deadlines for asthma drug manufacturers slated for next year.

Editors’ note: The Nevada Independent has filed a lawsuit against the state of Nevada for violating Nevada public records statutes by not disclosing information related to the 2017 diabetes drug transparency law.