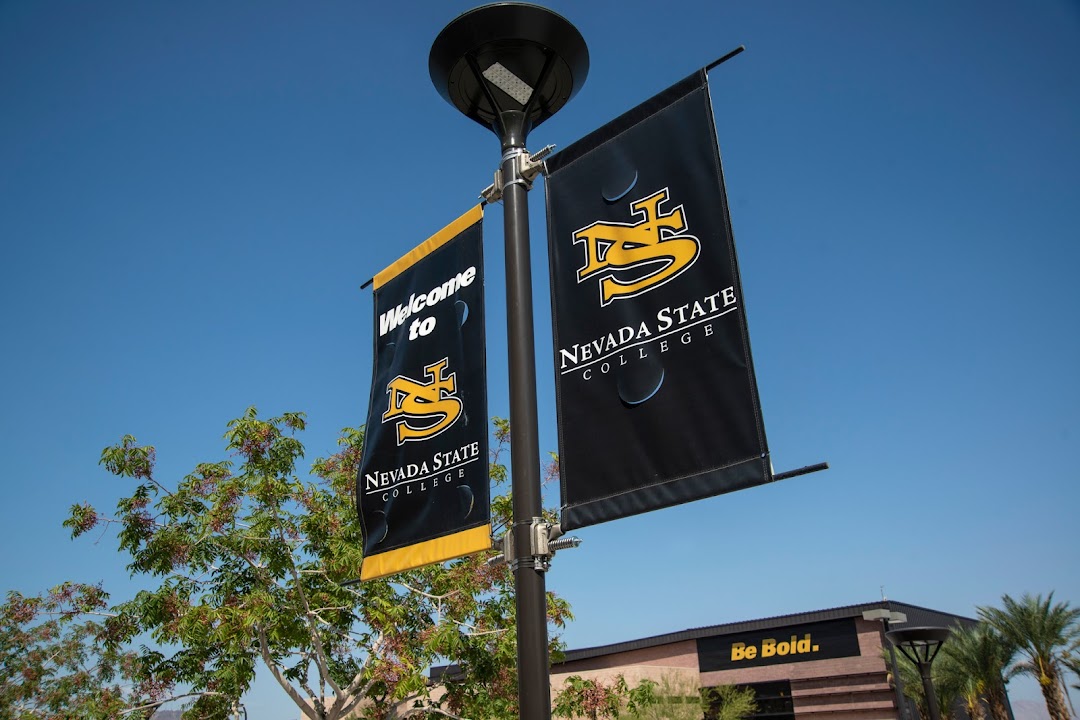 The Board of Regents voted unanimously Friday to delay a name change from Nevada State College to Nevada State University, citing unresolved concerns over a number of potential technical, legal and accreditation issues that could be triggered by the switch.

Regents are set to reconsider the name change at their next regular meeting in early December.

The move comes as a blow to Nevada State, which has for years pursued exploratory efforts to justify the change, and more recently mounted a public push that garnered support from a large number of students, alumni and even some politicians.

Founded in 2002 as a dedicated four-year college filling the void between the state’s two research universities and its four community colleges, the Henderson-based Nevada State has billed itself as a teaching and degree-oriented alternative to a bachelor’s degree and an institution that provides more access to historically disenfranchised students and places fewer research pressures on faculty.

Speaking before regents, Nevada State President DeRionne Pollard said the change was a “necessary act” and defended the urgency of the push.

“It is the evolution of an idea whose time has come,” she told the board. “How much longer do we ignore the needs of our students, while others ‘get comfortable’ with the notion of progress and change in evolution?”

Pollard also said that any funding necessary for the switch would be privately raised by Nevada State, and that the institution had no desire to seek land grant status, change its funding formula status or pursue adjustments to tuition and fees.

“I don't have a lot of patience for inaccuracies,” she said. “So let me be very clear about what our truth is in this moment: We have no aspiration to become a research institution in this state.”

Acting Chancellor Dale Erquiaga, however, expressed concerns that “words have power” in both state law and the higher education system’s handbook, and that the switch to University would clash with numerous legal or handbook provisions that reference the “state college.” Those provisions include tuition rates, funding formula budgets, and faculty salaries.

Before regents took the step of delaying discussions, they were set to consider another measure that would iron out such handbook issues through a blanket approach — a move described by Erquiaga as “a hammer, not a scalpel.”

“That phrase appears in a lot of places, and so I still have a little bit of nervousness about applying a hammer to something that could cause future generations of students to pay more or could require a lawsuit from a faculty member say, ‘Oh, I actually want to be paid that salary,’” Erquiaga told the board. “So I still am a little nervous about the hammer.”

More broadly, a number of regents said not enough information had been presented to satisfy ongoing concerns over potential legal issues.

Regent Jason Geddes, while supporting the change philosophically, voiced concerns over possible accreditation issues raised ahead of the meeting by the Northwest Commission on Colleges and Universities and funding mechanisms controlled by the Legislature, and he ultimately declined to support the change.

Board Chair Cathy McAdoo — who also said she would not support the change now but might in the future — also suggested that the “sequence was off,” referring to the specifics of Friday’s proposal.

Regent Patrick Boylan, another ‘no’ vote on the change, bristled at the public opinion campaign launched by Nevada State over the last several weeks. He suggested that Nevada State ought to pursue a strategic partnership with UNLV, in the mold of the one being pursued by UNR and Great Basin College.

Pollard appeared to be unaware of specific accreditation concerns ahead of Friday’s meeting, saying: “I have to admit my level of surprise and, somewhat, chagrin that this is the way in the format in which I would find this information out.”

She also pushed back on the suggestion of a partnership with UNLV — “I would offer that UNLV and Nevada State have two very different missions” — and said she did not “build a public campaign” to prevent regents from discussing the change.

What’s in a name?

In interviews and in meeting materials submitted to regents, Nevada State administrators have stressed that none of that mission will change, and that the upcoming vote is simply a name change — nothing more, nothing less.

For years, the school has been among the state’s fastest growing, with headcounts more than doubling from about 3,200 in 2011 to more than 7,200 in 2022. Much of that growth has been centered among part-time students, however, as full-time equivalent enrollment, though also more than doubling, has only increased from 2,000 to roughly 3,900 in the same time period.

At the same time, the lines between “college” and “university” have muddied in Nevada, as one has no longer become interchangeable with the other. The two-year Community College of Southern Nevada — decades older than NSC and more than four times its size by enrollment — became simply the College of Southern Nevada in 2007, with an acronym, CSN, now the inverse of its four-year cousin.

All the while, NSC has remained a relatively niche institution in the grand scope of Nevada’s colleges and universities, far from the household status of either UNR or UNLV.

“It’s not a negative thing to say, but Nevada State College is still not known to a lot of people in our state,” Laura Naumann, a psychology professor at NSC, said. “We're still kind of out, in a corner on the way to Boulder City, out of the way … it's not a brand name.”

In the last several years, a push toward a renaming of the institution has stayed on the college’s radar, as advertising and logos began minimizing “college” and emphasizing the school only as “Nevada State.”

But the push intensified in 2019 under then-President Bart Patterson, who commissioned a survey and focus groups to explore a switch. The survey found roughly two-thirds of students thought a “university” degree was worth more than a “college” degree.

Pollard, who took on the Nevada State presidency following Patterson’s departure in 2021, echoed the findings in saying that the public sentiment of the institution’s name suggests that “university means something more” — and that tangible benefits will follow as a result.

That includes everything from a perception boost to an expected uptick in enrollment of first-year students of as much as 5.2 percent over five years — a small number in real terms, but a relatively major boost in a system where enrollment has sputtered in the post pandemic, and fell 2.3 percent between 2021 and 2022.

Students have largely backed the switch, usually citing the relative value of having “university” on a resume or transcript compared to “college.” Tessa Espinosa, the student body president at NSC and a first-generation student aiming for law school, said that change “mattered a lot” for students, especially for graduating students concerned with the value of their bachelor’s degree in the job market.

But she said it would also help delineate precisely what NSC is for incoming students, some of whom may not be familiar with the state’s higher education system.

“When you hear ‘CSN,’ they automatically correlate the two [institutions], thinking ‘oh it’s automatically two-year,” Espinosa said. “When you do have the university name, it does change students' perceptions, especially from different backgrounds.”

But even with an undercurrent of excitement for the name change permeating the college’s students and faculty, not every question about what this change could bring has yet been answered.

If any group harbors concerns — despite excitement— about the name change, it is Nevada State’s faculty.

Though several faculty members who spoke to The Nevada Independent signaled cautious optimism, they also raised outstanding concerns that promises from the administration — especially regarding the institution's teaching-focused mission — must still be kept as action, not words.

One early faculty concern stretching back to the initial name-change proposal under President Patterson, according to Naumann, was that the name change could fundamentally shift the teaching mission of NSC more toward research and scholarship.

“We are required to do scholarship, but it is not at the same level as UNLV and UNR,” Naumann said. “And with that, we also don't receive the same types of resources that those institutions do. And so again, my personal pause to learning about this potential change was what will this do for our recruitment efforts? If faculty see the name “university” and have those expectations of a university we'll have XYZ resources to help me do my work?

Naumann also said that much of her concerns have been allayed by administrators in the years since the name change was first floated. But Molly Appel — an assistant professor of English at Nevada State who called the name change an “exciting prospect” — still wonders how the shift to “university” may alter the payment philosophy.

Per the higher education system’s existing salary schedule, employees of equal rank are paid less across the board at NSC compared to the two universities, with a lowest-level instructor position, for instance, pulling in about $6,700 less in the same 12-month period.

“Why is it that in people's minds that ‘university’ has that kind of clout and prestige and stature?” Appel said. “It's because of the kinds of access, the kinds of teaching and the kinds of expertise that people get as a result of that. And that is about research, but it's about faculty labor and how that labor is valued.”

At the same time, faculty and employees across all levels of NSHE have bristled for months or even years at limited advancement opportunities and small, often irregular pay increases that have now been swallowed up by surging inflation and runaway housing costs. That includes both a new 1 percent merit raise pool that has also limited hiring budgets for Nevada institutions, as well as a 1 percent cost-of-living increase approved by lawmakers last year.

“The role that our contingent faculty have in our work is the bedrock of our successes as an institution,” Appel said. “Shouldn’t questions of compensation, workload and workplace safeguards, and supports for them, be forefront in our work of imagining an equitable teaching university?”

At meetings with faculty discussing the name change, administrators have so far avoided directly addressing compensation issues — Appel described it as having “not seemed to be part of this grand imagining.”

In addressing how the change could affect faculty, Pollard told The Nevada Independent that the switch to university would validate the pride in the mission of Nevada State as a teaching institution, as well as boost recruitment opportunities by shedding the dominant perception of “college” as either a community college or liberal arts college.

Update: 9/9/2022 at 1:05 p.m. - This story was updated to include additional details of Friday’s Board of Regents meeting, including a vote to delay discussion of a name change until December.