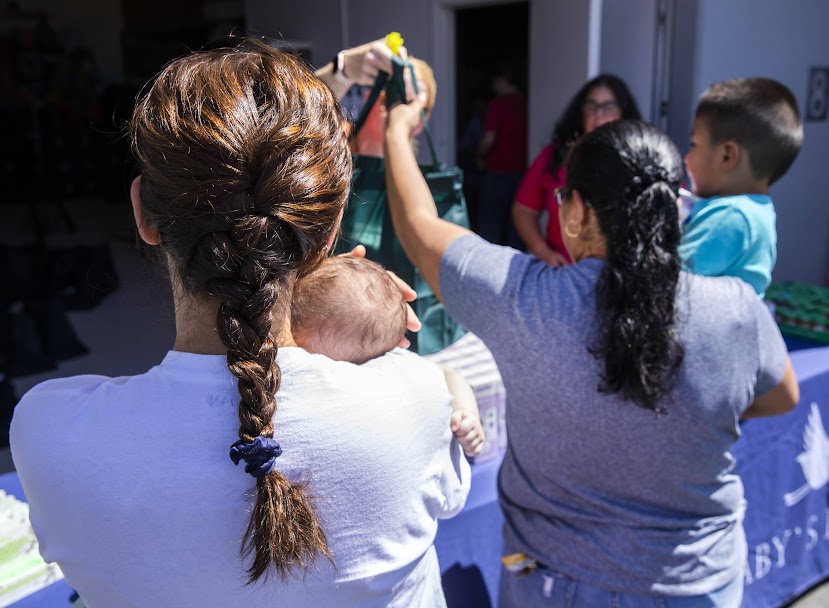 Nevada’s treasurer wants to address wealth disparities by creating savings accounts for every child born on Medicaid — a program called baby bonds, where money is deposited at the time of birth and grows with interest until the child is 18 years old.

Zach Conine, the Democratic treasurer who is running for re-election against Republican Michele Fiore, announced last month that he filed a bill draft request for the 2023 Legislature that would create the Nevada Baby Bond program in the treasurer’s office, which directly and indirectly manages $49 billion dollars for the state.

“The goal there is to reduce generational poverty,” Conine said in an interview. “And frankly, [to] tackle the racial wealth gap head-on.”

If the program is created, he said when eligible babies are born, the state will invest $3,200 in a bond that the treasurer’s office will manage until the child is 18 years old. The funds can then be applied to a business start-up, post-secondary education, buying a home or toward “financial assets that provide long-term gains to wages and or wealth.”

Conine said the policy should have been introduced 18 years ago and so far, he has had zero push back on the Nevada Baby Bonds program. He’s confident that, if passed, treasurers after him would do right by the bill.

“These are relatively new around the country,” he said.

Conine said the program would eventually save the state money over time because fewer people would need federal or state-funded social services such as food stamps, Temporary Assistance for Needy Families (TANF) and Medicaid.

About 44 percent of infants born in Nevada each year are on Medicaid, which is the qualifying criteria. According to the Nevada Department of Health and Human Services, more than 18,000 babies born in Nevada last year would have been eligible for the state-funded bond program, which Conine said would cost the state an estimated $42 million yearly and likely come from the Unclaimed Property Fund and proceeds from interest distribution.

“It is a lot of money… But the impact on those children is tremendous,” he said. “We should be able to pull a high percentage of them out of poverty with a program like this and other programs that will dovetail with it.”

Conine said he is talking to stakeholders such as the Children’s Advocacy Alliance and other organizations focused on child welfare, racial equity and reducing generational poverty to build the policy, while drawing from a national approach to baby bonds that Sen. Cory Booker (D-NJ) introduced in 2018.

“​​We can give every American a stake in our economy, and agency over their future,” said Booker in a 2021 letter to President Joe Biden. “We can also begin to address persistent inequities.”

The expenditure would cost the nation an estimated $60 billion a year. Rep. Ayanna Pressley (D-MA) and Senate Majority Leader Charles Schumer (D-NY) argued that the legislation would intentionally address the wealth gap by giving every child an opportunity to secure a financial future at a time where too many American families are finding milestones, basic to human life, out of reach.

The bill has 15 co-sponsors and was referred to the U.S. Senate Committee on Finance in February, where it is now at a standstill.

As wealth accumulates among the richest families in society and the middle-class shrinks — going from 61 percent of the population in 1971, to 51 percent in 2019 — some researchers argue that policies that protect wealth, such as billionaire tax loopholes and low minimum wages, uphold the deepening gap between the rich and poor.

The 2020 Census reported that 15 percent of Nevadans live in poverty, with 22 percent of the population being “liquid asset poor.”

When income inequality is high, or when wealth is accumulated by fewer people, it is less likely for children born to low-income families to improve their economic status.

Conine said, growing up in a middle-class family, he never had to question his safety or whether his future goals were possible, and that many impoverished children in Nevada may not achieve that same affirming mindset because of financial stress.

“The goal here is to create an asset that will grow over time,” Conine said. “So that when these kiddos are of an age, where they're kind of starting their lives on their own, or could, that they've got some resources to make different decisions to try and break that cycle of generational poverty.”