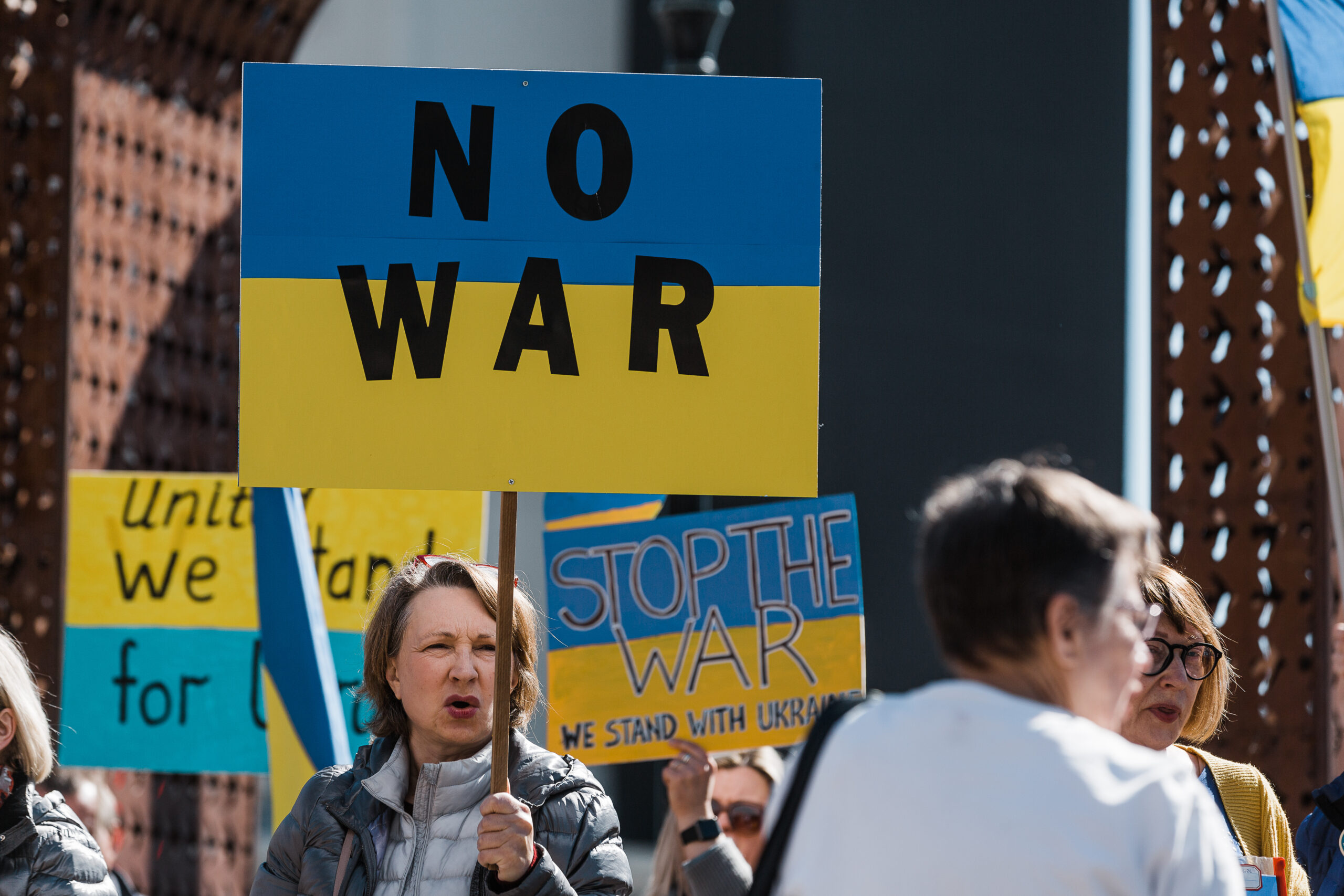 A majority of Nevada voters disapprove of President Joe Biden's handling of Russia's attack on Ukraine and believe the U.S.'s response to Russia's aggression has not been strong enough, according to a new Nevada Independent/OH Predictive Insights poll.

But the survey, conducted from April 1-9, found that Nevadans do not want to send American troops to Ukraine. Forty-three percent said they opposed putting boots on the ground, while 30 percent said they supported it.

The poll showed that 53 percent of the voters surveyed said they disapproved of Biden's handling of Russia, which attacked Ukraine on Feb. 24, and 53 percent of voters said that the Biden administration had not taken harsh enough actions in response to Russia. Thirty-five percent said the measures were about right, and 12 percent said they were too harsh.

While foreign policy seldom directly affects how people tend to vote, unlike economic issues, Biden's negative numbers in the poll on Ukraine reinforce his unpopularity nationally and could hurt Nevada Democrats in tight re-election races in November.

Democrats currently have the White House and the majority in the House and Senate, which allows them to set the legislative agenda in the two chambers.

Mike Noble, chief of research and managing partner of OH Predictive Insights, said the Ukraine responses could spell trouble for Democrats who are seen as controlling the federal government.

“It’s just not good for whoever is the party in power,” Noble said.

According to the poll, 52 percent of Nevada voters said they disapproved of the job Biden has done and 43 percent approved. That reflects national polling.

On Thursday, Biden announced that the U.S. would send $800 million in weapons to Ukraine.

“This package includes heavy artillery weapons — dozens of Howitzers — and 144,000 rounds of ammunition to go with those Howitzers,” Biden said in a speech. “It also includes more tactical drones.”

Biden has also imposed a series of economic sanctions on Russia in coordination with European allies. But Russia remains undeterred in pursuing its war against Ukraine.

The poll found that 62 percent of Silver State voters support sending weapons to Ukraine. Another 41 percent support the U.S. enforcing a no-fly zone over Ukraine. But the White House has declined to do the latter over concerns that it could lead to a more direct confrontation with Russia, one of the world’s nuclear powers, along with the U.S.

Russia's attack on Ukraine has galvanized opinion in Nevada that the former communist nation is an enemy of the United States. Seventy-one percent of Nevada voters agreed with that. Sixty-five percent support seizing assets, such as cash, homes and vehicles, that are owned by Russian oligarchs and located in the U.S.

A majority of Nevada voters, 65 percent, also want to ban Russian oil, even if it leads to higher gas prices. The poll also found that 41 percent of voters blamed Biden for high gas prices, while 33 percent blamed the war in Ukraine.

Both the House and Senate approved legislation earlier this month that revoked normal trade relations with Russia and banned oil imports from the country. Biden signed the bills into law shortly after Congress acted.

The war has also sparked an outgrowth of support for Ukraine, with 55 percent of Nevadans believing the U.S. should allow any Ukrainian refugees to enter the country and 85 percent believe the U.S. should send humanitarian aid, including food and medical supplies.

Along with the $800 million in military aid, Biden said that the U.S. would provide an additional $500 million in direct economic assistance to the Ukrainian government.

This story was updated April 22, 2022, at 8:13 a.m. to include graphic on approval of President Joe Biden's handling of Russia.