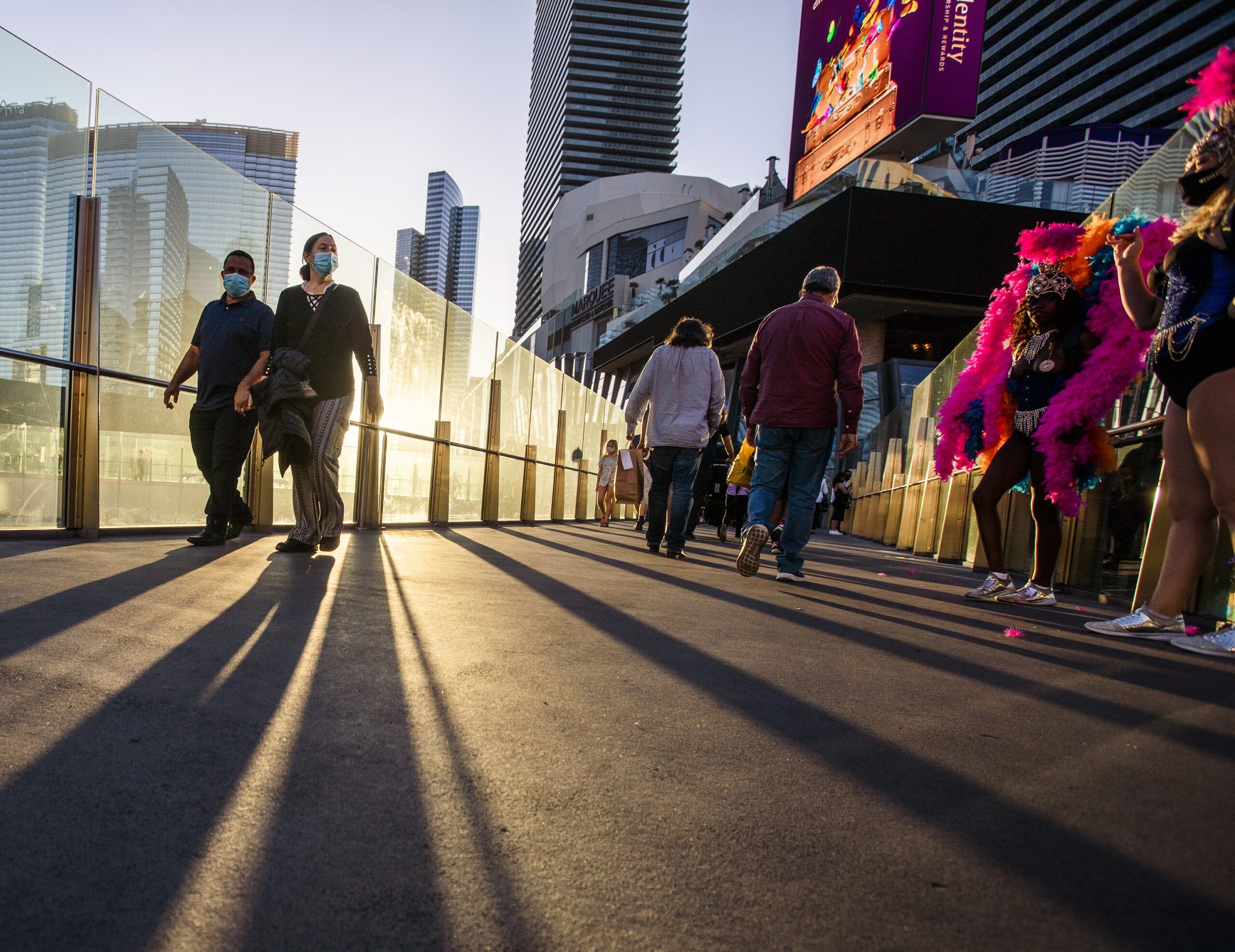 Mask mandates to enter Nevada’s casinos, showrooms and other entertainment venues weren’t a detriment to the state’s gaming industry.

Casinos rocketed to their sixth-straight $1 billion gaming revenue month in August and put Nevada on pace to crack the $12 billion annual revenue figure casinos statewide have reached just three times, the last being in 2019.

Even the Las Vegas Strip, which has trailed the state percentage totals for much of 2021, is now just less than 1 percent behind its 2019 figure, thanks to a second-straight month in which gaming revenues were 20 percent above 2019 totals.

“The result was above our estimate,” Deutsche Bank gaming analyst Carlo Santarelli told investors in a research note.

The Gaming Control Board said Thursday gaming revenues statewide topped $1.165 billion during August, a 22.3 percent increase over pre-pandemic August 2019. Analysts are not using comparisons to 2020 after COVID-19 caused a 78-day shutdown of gaming in Nevada and operating restrictions disrupted the gaming industry through much of the year.

The $1 billion per month streak, which began in March, is the state’s second longest in 14 years. Nevada casinos collected $1 billion or more in gaming revenues for eight straight months between November 2006 and May 2007.

Resorts World Las Vegas on the Strip and Circa in downtown Las Vegas were not open in 2019.

Wells Fargo gaming analyst Daniel Politzer said the Strip’s good fortune carried into the Las Vegas locals market, which also gained some “calendar benefit” with August beginning on a Sunday. That allowed slot machine revenues from many casino operators from the last day of July to be counted in the August totals.

Gaming revenues from the neighborhood casino areas in unincorporated Clark County and Henderson are trending ahead of 2019 overall totals.

“We view these results as strong and supportive of our positive view on the fundamentals on the Las Vegas Strip and Las Vegas Locals gaming markets,” Politzer wrote in a research note.

“We still support our view that Las Vegas Strip revenues can return to (their) prior peak in 2022, benefitting from non-gaming growth,” Beynon said, citing the openings of Allegiant Stadium, new convention space at the Caesars Forum Conference Center and an expansion of meeting space at Wynn Las Vegas.

The United States played Mexico in the 2021 CONACAF Gold Cup final on Aug. 1 at Allegiant Stadium, and two Cirque Du Soleil shows returned to the Las Vegas Strip – Michael Jackson One at Mandalay Bay on Aug. 19 and The Beatles Love show at The Mirage on Aug. 26. Manny Pacquiao fought Yordenis Ugás in a welterweight boxing match at T-Mobile Arena on Aug. 21, and rock group Guns N’ Roses performed at Allegiant Stadium on Aug. 27.

“Strong demand across markets, federal stimulus, the continued rebound of leisure travel and the return of special events and entertainment continued to propel gaming past 2019 levels,” Lawton said.

The Las Vegas Convention and Visitors Authority (LVCVA) said visitation to Southern Nevada “receded” from the market’s pandemic-era peak in July because of a spike in COVID-19 cases caused by the Delta variant. Clark County was hit early and hard by the latest wave of the virus.

Still, hotel occupancy hit 72.9 percent for the month with weekend occupancy at 87.1 percent. August’s average daily hotel room rate of $140.32 was down nearly 8 percent from July; the LVCVA said the figure was the second highest monthly mark since the pandemic began in March 2020.

Lawton said the Caldor Fire, which shut down gaming in South Lake Tahoe over Labor Day weekend, slowed activity in both the North Lake Tahoe and South Lake Tahoe gaming markets toward the end of August. Highway 50 was closed on Aug. 22 because of the fire, which disrupted visitation from the Bay Area and Sacramento in the Tahoe region.

North Lake Tahoe gaming revenues were $2.5 million during the month, a decline of 6 percent compared to August 2019. South Lake Tahoe revenue of $23.7 million was a decline of less than 1 percent, driven primarily by the timing of slot machine revenue collections.

For the calendar year, North Lake Tahoe casino revenues are up 11.2 percent and South Lake Tahoe is up 2.9 percent compared to the first eight months of 2019.

Lawton suggested Washoe County may also have experienced some disruption at the end of August because of the residual smoke and highway’s shutdown. The market, which includes Reno and Sparks, produced $90.5 million in gaming revenue, an increase of just 4.3 percent from August 2019. Visitation in Northern Nevada fell 4.9 percent compared to July, which had one extra weekend.

Baccarat wagering during August didn’t have the impact the game had in July when revenue from the game increased more than 100 percent. Baccarat topped $93.1 million in August, 5.6 percent below the August 2019 total. Wagering on the game was $610.7 million, a decline of 7 percent compared to August 2019.

The state’s sportsbooks collected $14.3 million in revenue and took in more than $427 million in sports wagers during August. Both figures were double-digit declines compared to a year ago,an anomaly because the NBA Finals took place in August 2020 because of the pandemic.

Compared with August 2019, sportsbook revenues were down 23.4 percent and wagers were up 48.5 percent. Lawton said Nevada sportsbooks won just 3.35 percent of all wagers placed during the month.

Meanwhile, for the first eight months of 2021, sports betting revenues are up 57.4 percent and wagers have increased 36.7 percent compared to 2019.

Lawton said more than 69 percent of all Nevada sports wagers were placed on mobile apps in August.

McCarran International Airport saw more than 3.8 million passengers during August, down 8.3 percent from July. However, the airport’s international passenger total of 79,275 during the month once again showed a steady increase since the pandemic halted direct flights to and from 11 countries.

Analysts have pointed to the lack of direct international visitors into Las Vegas, which has been hampered because of pandemic related travel restrictions, as a missing component to visitation and gaming totals.

A week ago, the White House announced opened travel to the U.S. for all vaccinated foreign nationals starting in early November, including those currently affected by the U.S. travel ban.