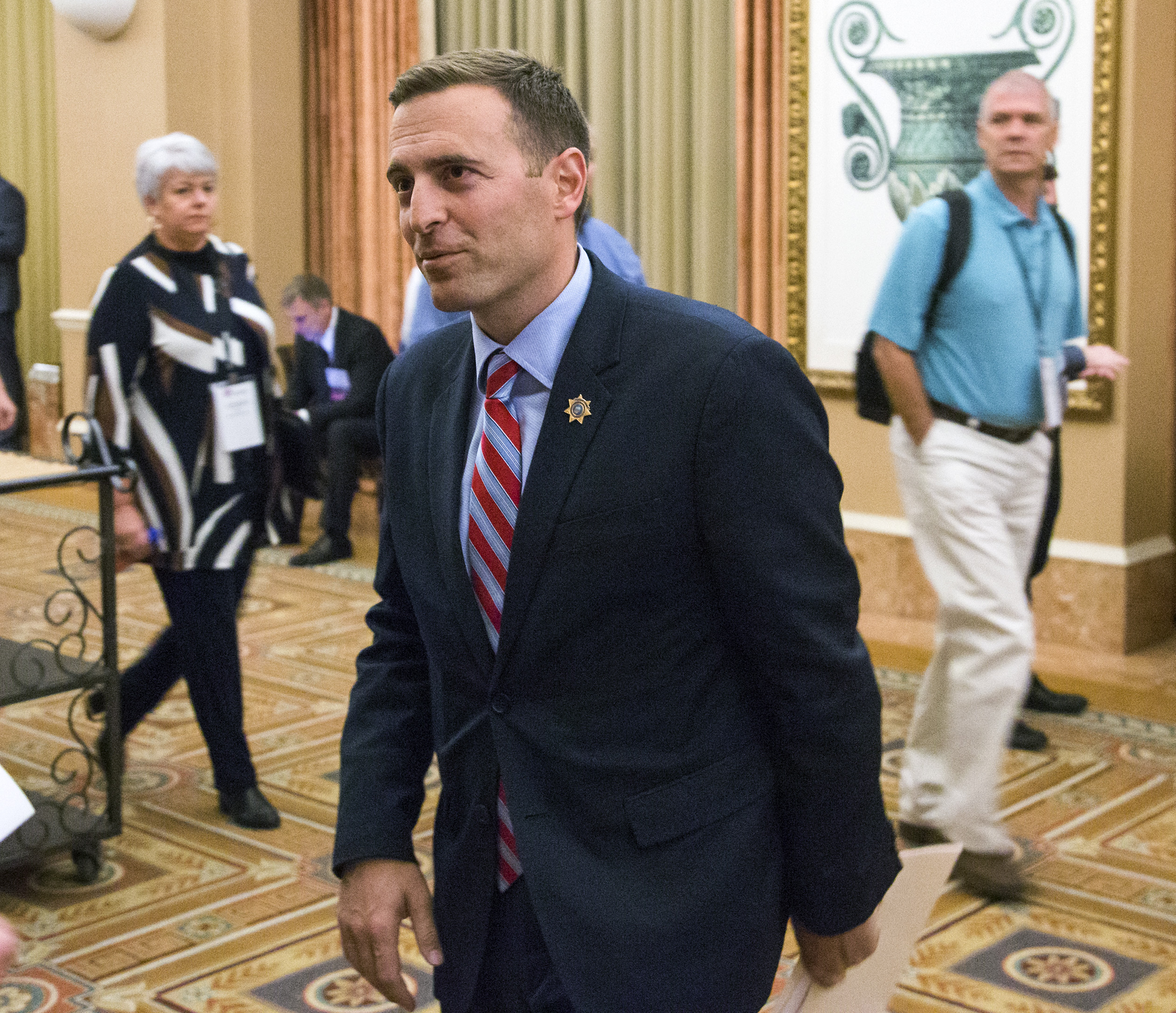 Democrats and their affiliated groups are continuing to take Republican gubernatorial candidate and Attorney General Adam Laxalt to task for not renouncing a rural Nevada sheriff facing multiple allegations of sexual harassment and misconduct.

The Democratic-aligned super PAC American Bridge is launching new ads Tuesday as part of what it describes as a five-figure “prolonged digital campaign to hold Laxalt accountable on his support from [Storey County Sheriff Gerald] Antinoro and other misogynists and sexual harassers.”

The Facebook campaign, targeted at female swing voters in Las Vegas and Reno, features an image of Laxalt and Antinoro posing for a photo together and encourages people to sign a petition demanding the attorney general renounce “sexual predators.”

“Instead of doing his job and putting sexual predators behind bars, Adam Laxalt is taking photo ops with them and touting their support on his campaign website,” said American Bridge spokesman Zach Hudson.

Antinoro has stridently denied the allegations. Laxalt lists Antinoro on his website as one of 16 Nevada sheriffs who endorsed his campaign out of the 17 in the state.

When Reno-area developers initially wrote to Laxalt about Antinoro, he responded by saying the matter has been referred to the appropriate authorities. He has not commented since about the matter or the backlash he’s facing from Democrats, and his campaign didn’t immediately respond to a request late Monday about the situation.

The Nevada State Democratic Party also announced Monday that it filed a public records request seeking communications to or from Laxalt’s office regarding Antinoro.