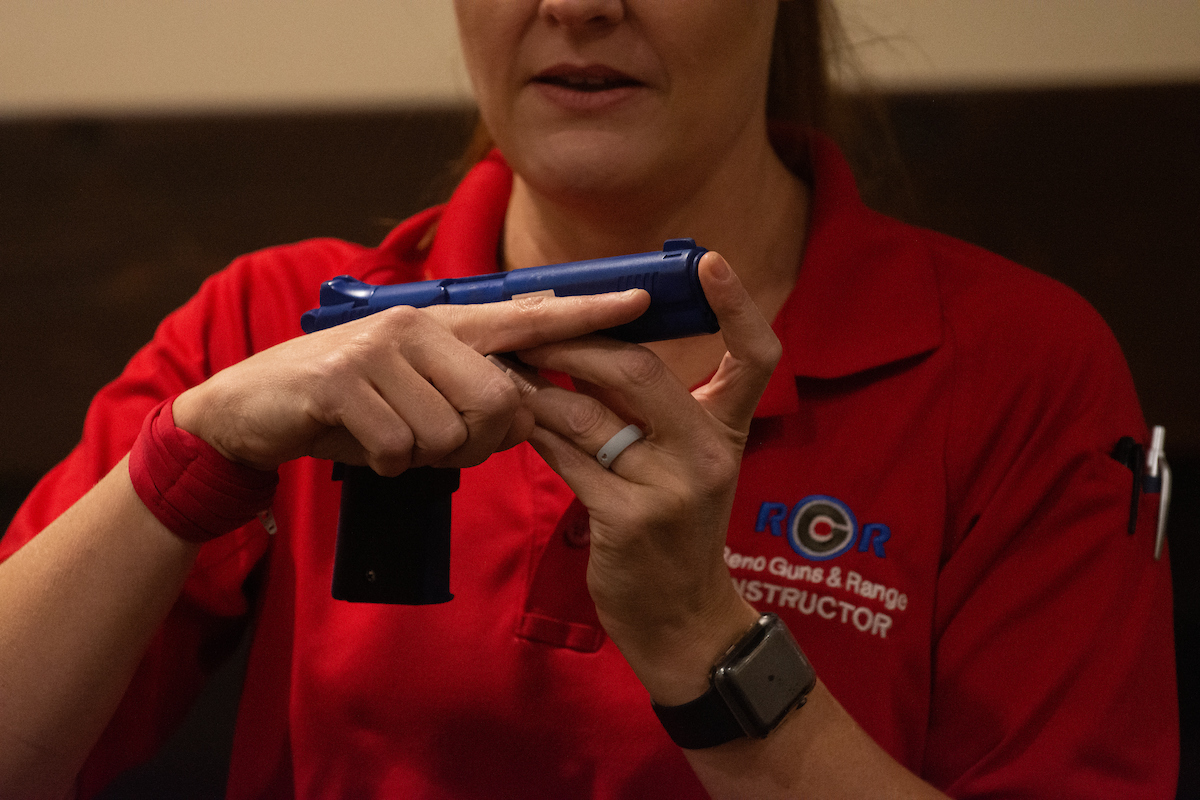 More than 130,000 Nevadans with concealed weapon carry permits will not be exempted from the state’s new background check law when it goes into effect next year, despite an existing carve-out for gun purchases made from licensed firearm sellers.

The state’s Department of Public Safety in late October sent a letter to inform all federally licensed firearm sellers in the state that individuals with a CCW license will not be allowed to avoid undergoing a background check for a private sale or transfer of a firearm — even though CCW permit holders typically don’t have to undergo a background check when buying a gun from a retail store.

The requirement comes from a new law, SB143, which was passed in the first month of the 2019 legislative session and requires background checks to be performed prior to nearly all private party firearm sales and transfers in the state. The legislation corrects and implements issues from a narrowly voter-approved background checks initiative from 2016 that was never enforced because it required the checks to be performed by the FBI, which refused to do so. A legal fight ensued but was largely nullified after the bill was signed into law by Gov. Steve Sisolak in 2019.

In a statement to The Nevada Independent, DPS spokeswoman Kim Yoko Smith said that the department sent out the letter to answer “anticipated” questions about the new requirements, while citing minutes from the bill’s lone hearing on Feb. 12 that show a “clear legislative history” that lawmakers intended to include CCW holders in the new requirements.

“Because the Nevada DPS, Records Communications and Compliance Division is the Point of Contact that conducts background checks in this State, the intention of the letter was to answer questions that were anticipated regarding background checks for private party transfers or sales under this new Nevada law,” she wrote in an email.

But the letter has prompted concern from the Nevada Firearms Coalition (the National Rifle Association’s state-specific affiliate partner), which sent a letter to state officials earlier this month asking them to reconsider the decision in light of federal policies to allow some CCW holders avoid going through a background check.

“DPS needs to abide by state and federal laws instead of making determinations based on legislative minutes that have no legal weight or authority,” Nevada Firearms Coalition President Don Turner wrote in the letter.

Responding to a question from Republican Assemblywoman Jill Tolles, Rosen said that the reason for not excluding CCW permit holders from the provisions of the bill was because Nevada law allows CCW permits to remain valid for five years, and that requiring a background check was an additional safeguard that could prevent a prohibited person from buying a firearm.

“People may become subject to restraining orders or anything else that prohibits gun ownership,” he said during the meeting. “If a background check is done at each point of sale, it is a quick and easy process and one more safeguard.”

Rosen echoed that position in an email to The Nevada Independent, saying that requiring background checks on every firearm sale, even for CCW holders, “helps ensure that those who are legally prohibited from having guns can’t slip through the cracks and arm themselves."

Like most states, Nevada does not require individuals to obtain a license or state permission to obtain a firearm, but does add several additional requirements for anyone who wishes to legally carry a concealed firearm.

To acquire a CCW permit, applicants must be at least 21 years old (18 is the minimum age to purchase and possess a firearm) and complete an eight-hour concealed firearm permit course approved by the county sheriff — individual sheriffs are required to issue a license to any applicable person within 120 days, or deny the application for a lawful reason.

As with background checks for firearm purchases from licensed sellers, a concealed carry permit can be denied if a person has an active arrest warrant, past convictions for violent misdemeanor, DUI, felony or domestic violence charges or are not legally in the country.

But that interpretation has drawn criticism from the Nevada Firearms Coalition, which says it would create an unwieldy tiered system of background checks for CCW holders.

These exemptions are listed by the federal Bureau of Alcohol, Tobacco and Firearms, and Nevada is one of the roughly two dozen states allowed to have CCW permits to count for background checks.

One complicating factor is that the new state requirements for background checks are run through Nevada’s own background check system, and does not rely on the federal government’s National Instant Criminal Background System.

In an interview, Turner said that he has not yet heard back from DPS regarding his group’s disagreement with the agency’s interpretation of the law. He raised other concerns with the policy, including the possibility of CCW holders being charged fees to undergo background checks by licensed firearms dealers, but said he wanted to contact state lawmakers before considering any sort of legal action against the state.

“We think they’re really stepping over their authority,” he said.

As of November 2019, there are more than 130,000 active CCW permits throughout the state, with the bulk coming from the state’s population centers in Clark County (79,524) and Washoe County (23,180). But Nevada’s rural counties tend to have a higher percentage of concealed carry permits, including 15 percent individuals in Nye County and 13 percent of the 4,029 people in Storey County.