NSHE claims legal authority on mandating student COVID vaccines lies with Board of Health, not regents 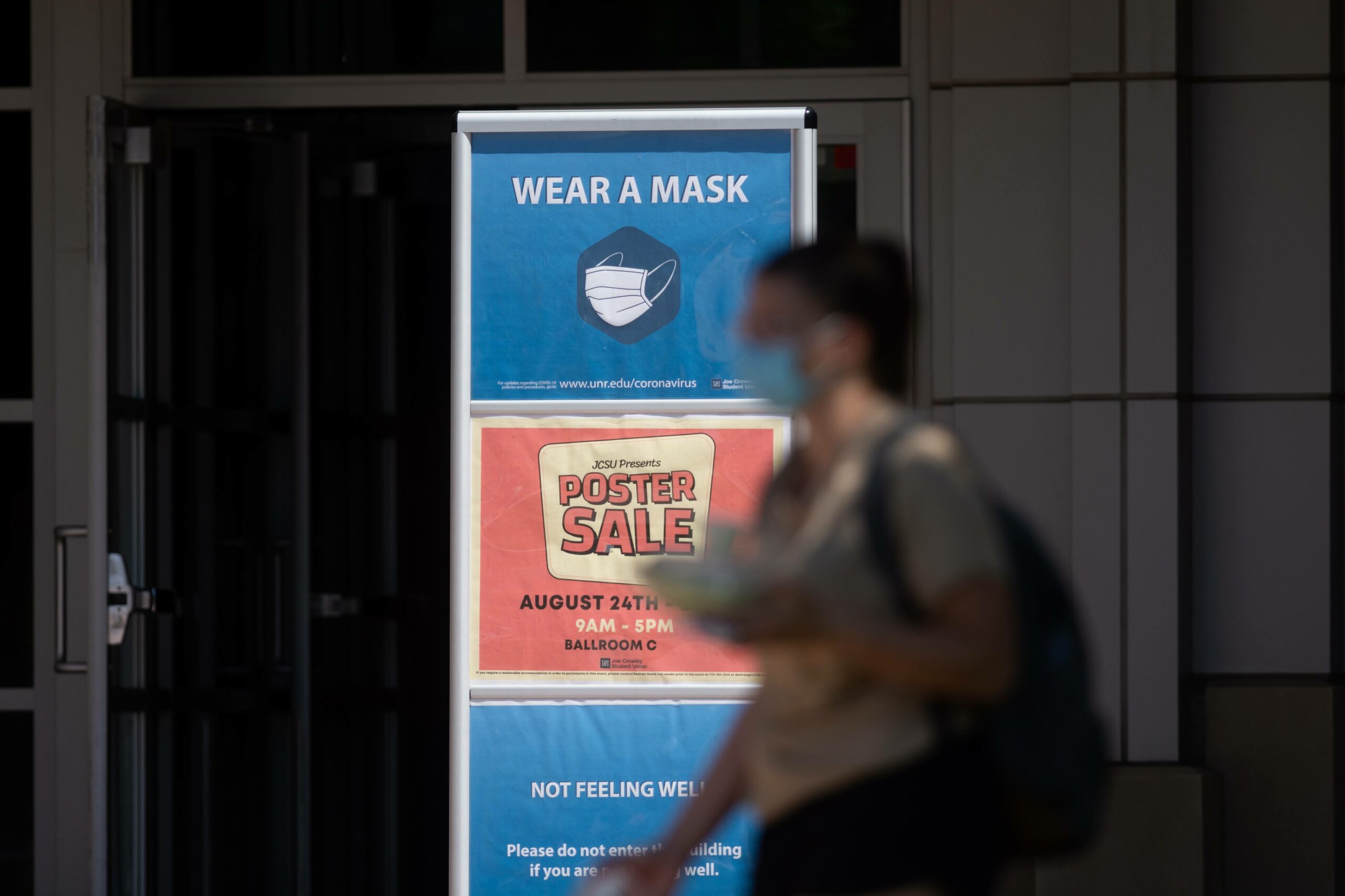 With just weeks to go before thousands of college students return to campus, the Nevada System of Higher Education announced in a legal memorandum issued late Monday that neither it nor the Board of Regents hold the legal authority to mandate COVID-19 vaccinations for students.

The memo found that such a mandate can only be instituted by the state Board of Health, a six-member board of doctors declared by state law “to be supreme in all non-administrative health matters.”

Although NSHE employees are subject to the new policy requirement for state employees to either show proof of a vaccine or undergo weekly COVID-19 testing, the state’s higher education system has so far not followed the more than 600 other colleges and universities nationwide that have implemented vaccine requirements ahead of the upcoming fall semester.

The memo also stated that if the board implemented such a mandate, NSHE would be “obligated to both implement and enforce it as a binding public health and safety law, and would be required to deny admissions or exclude any NSHE student who failed to comply.”

However, when or if the Board of Health could meet to weigh a mandate is unclear.

Though the board will convene for an emergency meeting next week, the issue of a possible student vaccine mandate is not agendized. Without another interceding emergency meeting, the BOH will next meet on September 3 — almost two weeks after college classes begin and nearly a month after the K-12 school year kicks off.

For months, the issue of mandating the COVID vaccine for college students has hung in limbo, amid concerns that fine print in the emergency use authorization (EUA) given to the vaccines by the FDA could hamper the legal soundness of any mandate.

Now, even as the FDA continues to weigh the full authorization of the vaccines, many of the legal uncertainties thought to prevent vaccine requirements have fallen away.

In Monday’s memo, NSHE Chief Counsel Joe Reynolds notes that an opinion from the U.S. Justice Department issued last month found that the EUA language did not prohibit mandates, and as a result, the emergency designation “is not a legal impediment to a vaccine mandate under federal law.”

However, under Nevada law, the memo also found that the legal authority for a new mandate would come only through the existing authority of the Board of Health to require vaccines for enrollment in Nevada schools — essentially adding the COVID vaccine to existing requirements for the MMR or tetanus vaccines.

“​​The logical public policy of placing authority to consider and impose vaccine requirements for higher education students with the State Board of Health is that it places the decision-making process in the hands of qualified medical, scientific, and subject-matter experts, and outside of any political or financial considerations,” Reynolds wrote.

When asked last week why the board had not yet acted on a mandate, state Department of Health and Human Services spokesperson Shannon Litz said in part that the decision to regulate new vaccine requirements would have to be made with input from “many stakeholders.”

Litz added that once a decision is made by the board, the state’s immunization program must then follow an existing process to implement that regulation, including providing surveys and workshops.

During a regents’ committee meeting last week, Regent Donald McMichael requested a future agenda item urging the Board of Health to consider a student vaccine mandate. In the wake of Monday’s memo, it is unclear when regents might consider such a motion, if they consider it at all.