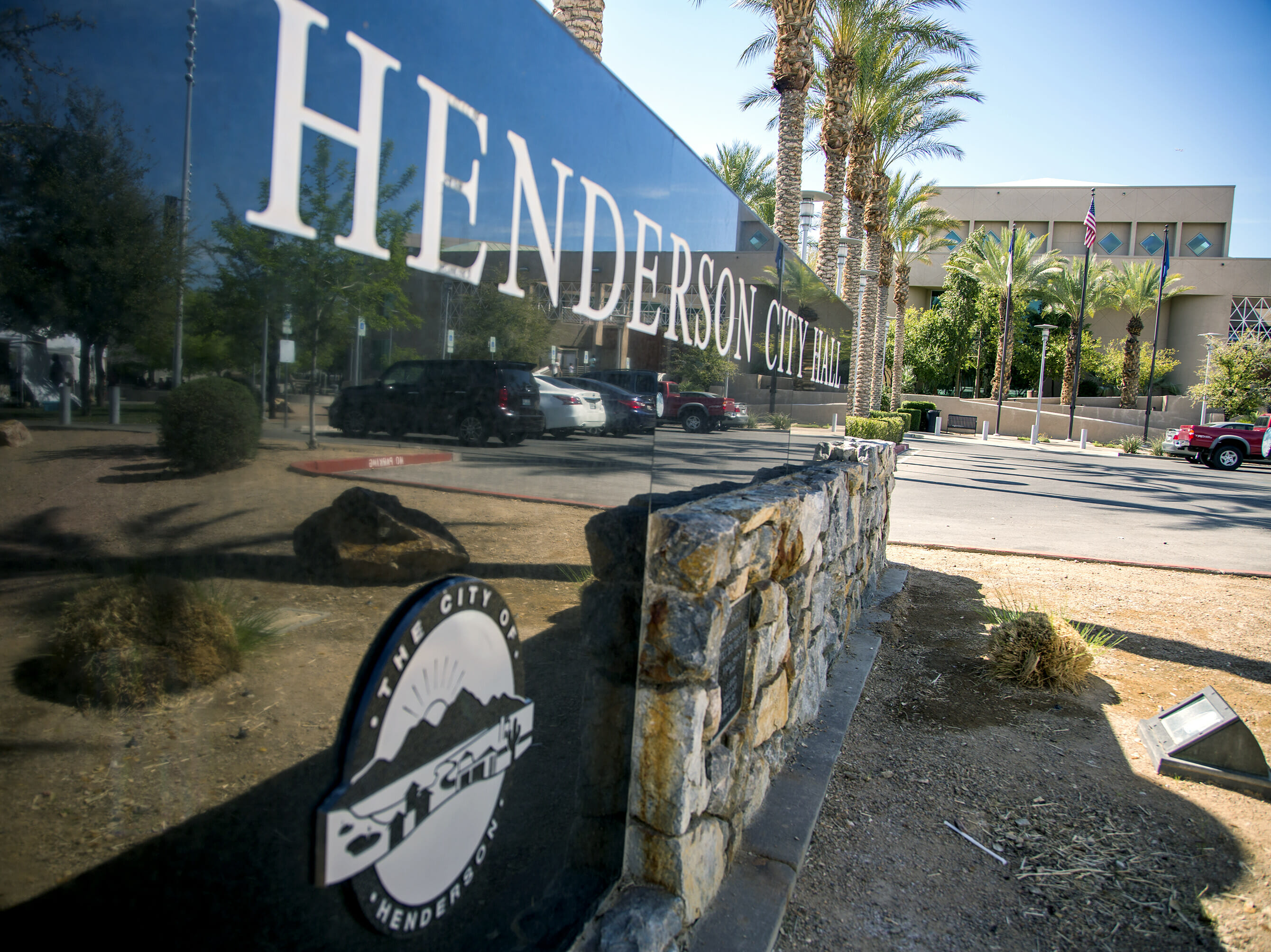 NV Energy will make annual cash payments totaling nearly $1 million to the city of Henderson and the Las Vegas Convention and Visitors Authority over the next five years as part of unique and unprecedented deals to retain the government entities as utility customers.

Contracts approved by the Henderson City Council and LVCVA in recent weeks will allow both entities to annually bring in hundreds of thousands of dollars from NV Energy, in return for a promise to not file any application to leave the utility’s service and purchase electricity from another power provider.

The two contracts offer a unique view into just how far NV Energy — which is owned by the Warren Buffet-run Berkshire Hathaway conglomerate — is willing to go to entice large Nevada power users to remain utility customers, as many of the largest businesses in the state have openly weighed or taken proactive steps to buy power from other electric providers.

Since May, NV Energy has announced similar long-term arrangements or deals with several other customers, including Station Casinos, the Cosmopolitan, Las Vegas Sands, the Atlantis, Golden Gaming and South Point. An NV Energy spokeswoman declined to say whether arrangements with those businesses — which are not required to be publicly reported to the Public Utilities Commission — included similar financial payments as part of a deal to stick with the utility.

If the contracts with Henderson ($250,000 a year) and the LVCVA ($650,000 a year) scale up to the other businesses with similar arrangements but larger electric loads, the amount of payments made annually by NV Energy to its largest customers could easily run into the millions or tens of millions of dollars. Schuricht, who noted the utility is seeking a $120 million rate cut for Southern Nevada customers in its upcoming general rate case, said the cost of complying with the contracts are not currently recovered through electric rates and that the PUC would need to approve any possible future recovery for cash payments made to those customers.

“NV Energy believes that we present the best energy value for our customers, and that retaining our commercial and industrial customers benefits all other customers,” she wrote in an email. “Any costs associated with the customer agreements are not included in electric rates. If NV Energy ever decided to seek recovery in the future, it will be done through an open and transparent public process with the Public Utilities Commission of Nevada, who will decide what is in the public’s best interest.”

Since 2014, NV Energy has dealt with a steady trickle of its largest customers filing applications to leave its electric service under the 704B law, which allows large customers to file applications to leave utility service and purchase electricity from other entities, provided they pay a usually substantial impact fee determined by the PUC to ensure other utility customers aren’t left with higher costs.

The exits began in earnest in 2014 with the departures of MGM Resorts, Switch and Caesars Entertainment, but more than a dozen large businesses filed to leave in late 2018 and early 2019, leading to increasingly vocal concerns from NV Energy as to the effect the departures would have on the utility’s financial health and future load growth, likely creating upward pressure on rates for its other customers.

The direct payments are one of several tools the utility has unleashed during a campaign to keep its largest customers from jumping ship, including development of a special, renewable power-backed Optional Pricing Program Rate, proposed across-the-board rate cuts and support for a law passed by the 2019 Legislature adding new barriers for large power users wishing to depart utility electric service.

But unlike the other tools, the deals made with the city of Henderson, LVCVA, and potentially other businesses aren’t required to be publicly reported or approved by the PUC, and instead have only been revealed through public records requests or as supporting material for public meetings.

The LVCVA — the government-backed tourism agency that operates Cashman Field and the Las Vegas Convention Center — had filed a 704B exit application in February but withdrew it in May, at the same time publicly announcing a five-year energy services agreement with NV Energy.

As part of the contract approved on May 22, the agency will receive $650,000 annually for the next three years and $525,000 for two subsequent years in the form of either cash payments or lowered energy bills under the proposed Optional Pricing Program Rate (OPPR) offered to large utility customers.

The contract contains language requiring the LVCVA to consider taking electric service under the OPPR program starting in 2022, with any shortfall in electric savings under $525,000 a year made up in the form of cash payments from the utility to the agency. NV Energy withdrew its application for the OPPR program earlier in June amid concerns from PUC staff and the Bureau of Consumer Protection, but says it plans to refile the application soon.

Language in the contract requires that the “incentives” be paid out of the utility’s retained earnings and requires the provisions and payments to be voided if the agency decides to opt out of the OPPR program in 2022. It also requires the incentive payment amount to be lowered if the PUC approves any revenue reduction greater than $120 million during NV Energy’s next general rate case, with any cost savings from lower electric prices taken out of the amount the agency would get from NV Energy as an incentive payment.

The contract also includes language requiring the utility to help the agency satisfy “renewable energy objectives,” including the possible purchase of renewable energy credits, as well as energy efficiency rebate programs. It also contains language automatically lowering the amount of financial payments made to the LVCVA if the agency installs any on-site generation, such as solar panels.

In return for those benefits, the LVCVA’s only contractual requirement is to not file a 704B exit application with the PUC or any other application to purchase electric service from another provider.

It also includes a “confidentiality” section, noting that while the agreement must be publicly noticed and approved by the LVCVA’s board in a public meeting, the “customer otherwise will attempt to maintain confidentiality of this Agreement.” It also limits press releases or announcements about the contract without prior written consent of the other party.

The contract and dollar amount of the incentives were not included in supporting material posted for the agency’s May 22 meeting, and the contract was only obtained through a public records request submitted by The Nevada Independent on Friday.

The contract with Henderson, which was approved during a City Council meeting on Tuesday, is substantially similar — the city will receive roughly $250,000 a year for the next five years in the form of either cash payments or lowered energy bills under the proposed OPPR program.

Under the terms of the contract, the utility agrees to give $250,000 in “incentive payments” to Henderson through 2022, after which the city will either be granted the special OPPR rate or continue to pay the quarter million dollars if the rate structure is not approved. If savings from the new rate structure are less than $250,000 a year, the contract requires NV Energy to make up the difference in direct cash payments.

As with the LVCVA, those provisions are void if Henderson opts not to take up the OPPR rate, with the contract also requiring a reduction in the incentive rate in 2022 and 2023 equal to whatever savings the city would see under a planned $120 million revenue reduction the utility plans to file in its next general rate case.

The contract also includes language requiring the utility to “continue pursuing solutions” toward electric infrastructure demands toward development in west Henderson, including building out substations and installing other facilities. Typically, approval of specific transmission or other infrastructure projects by the utility must be approved by the Public Utilities Commission as part of the public Integrated Resource Plan (the contract language indicates both specific projects as well as a reference to working before the PUC for approval of the construction projects).

And like the LVCVA contract, it also includes general language requiring the utility to help the city satisfy “renewable energy objectives,” including the possible purchase of renewable energy credits.

“NV Energy’s willingness to help the City of Henderson find savings through energy efficiency, to work with us on meeting our renewable energy objectives, and their pledge to continue to advance economic development in West Henderson by expanding existing or building new electric infrastructure, demonstrated an unwavering commitment to do what is best for our citizens,” Henderson Mayor Debra March said in a statement announcing the contract on Thursday. “This is a mutually beneficial public-private partnership that extends benefits to our community as a whole.”

It’s unclear whether other businesses or entities that have announced similar agreements with NV Energy have also received such direct financial benefits.

The Nevada System of Higher Education Board of Regents voted earlier in June to open negotiations with the utility and forego filing a 704B application, with the utility promising that its special OPPR rate could save the system up to $381,000 in power bills every year. Michael Flores, chief of staff to NSHE Chancellor Thom Reilly, said negotiations on the scope of any new arrangement or contract with the utility has not begun, but said that “everything is on the table at this point.”