Police seek to connect with Latino residents, though roadblocks remain 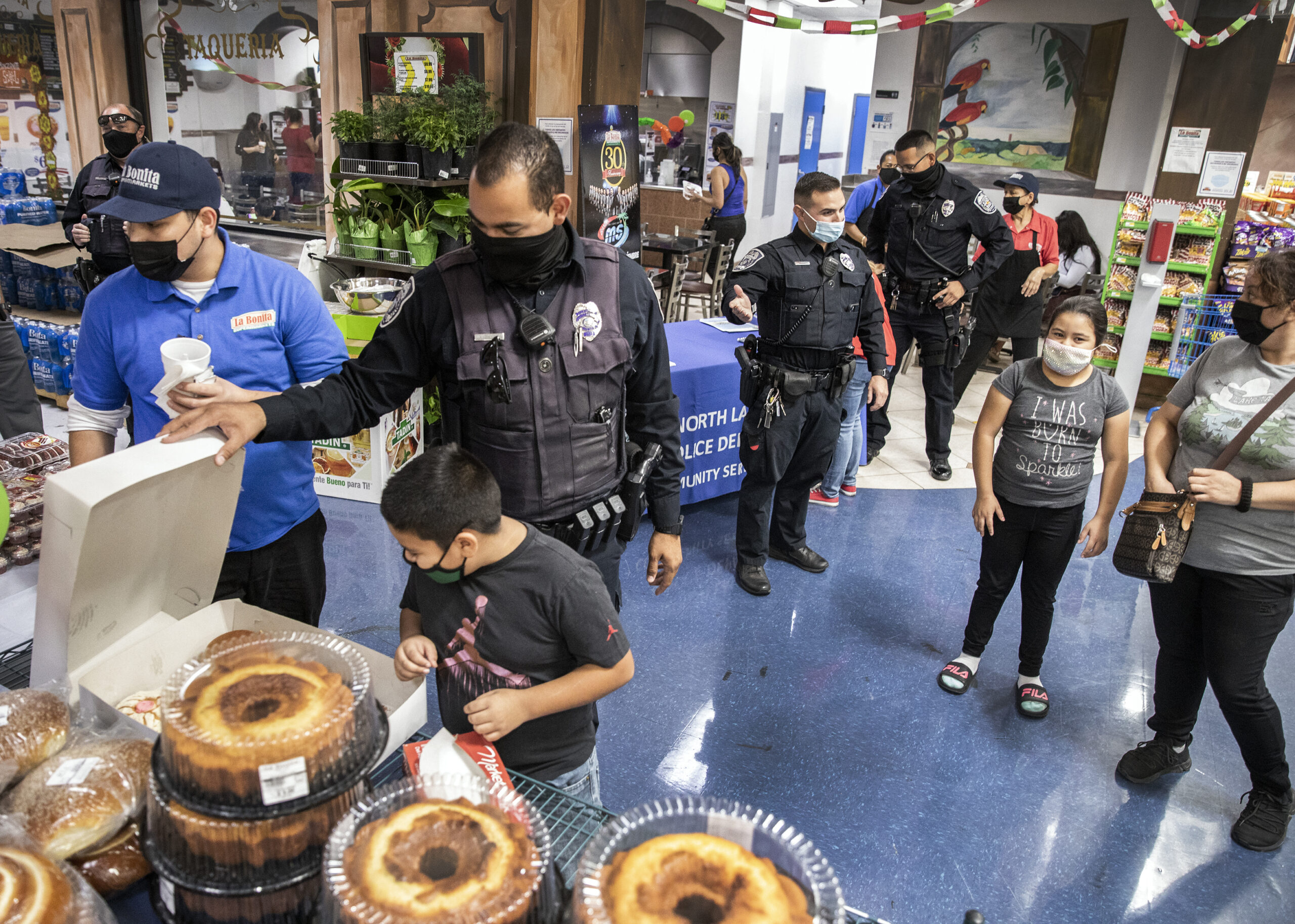 Maria Pilar Yañez said she endured physical and emotional abuse from her ex-husband because she feared he would make good on threats to call immigration enforcement and have her deported.

But a flyer advertising the Hispanic Citizens’ Academy at the Las Vegas Metropolitan Police Department (LVMPD) was her chance to learn about how to get out of her situation and reach out for help. She said the academy helped her understand that the fear her ex-husband incited in her was baseless.

“It never hurts to learn and know more,” Yañez told The Nevada Independent. “You might not have the strength to leave [the abuse], but I learned more about my options and my rights and I said ‘I won't be fooled anymore.’”

Southern Nevada’s law enforcement agencies have spent years attempting to increase diversity in the force and better represent the community to address trust issues like those Yañez experienced and build a stronger relationship with Hispanic/Latino residents.

According to a U.S. Department of Justice survey, 12.5 percent of officers in the nation identified as Hispanic/Latino as of 2016. That’s a 60 percent increase from 1997, although it still lags behind the rate of Latinos in the general population.

“In North Las Vegas, we have many police officers who represent the people we serve,” North Las Vegas Police Department Sergeant Alex Ochoa told The Nevada Independent. “I have seen that it is more personal. It helps people see us as someone who looks familiar, like them, and they trust us.”

Although the percentage of Hispanic officers rose, the overall relationship between officers and communities of color has been damaged by high-profile killings at the hands of police. Those include events such as the deaths of George Floyd in Minneapolis police custody and the death of local protester Jorge Gomez after being shot by police last year.

Findings in a 2020 nationwide Gallup survey of over 36,000 adults showed that less than 40 percent of Hispanic participants felt “very confident” that police in their area would treat them with courtesy and respect.

Community advocates, including Assemblywoman Selena Torres (D-Las Vegas), remain skeptical in light of police agreements with Immigration and Customs Enforcement (ICE) across the country, including in Nye County. In 2019, Torres presented a bill that would have required local law enforcement to report how often people are transferred to immigration authorities, but the measure failed to pass.

Later that year, Clark County Sheriff Joe Lombardo announced that Metro would no longer be part of the 287(g) program with ICE after a federal judge in California ruled that “detainers,” or requests from ICE to local jails to keep people behind bars for an extra period of time to allow immigration agents a chance to pick them up, were unconstitutional.

But Metro noted that the agency would “continue to work with ICE at the Clark County Detention Center in removing persons without legal status who have committed violent crimes.” Torres also pointed out that Lombardo, who is running for governor as a Republican, celebrated his role in deporting thousands of people during a public appearance earlier this year.

In a Latino voter focus group conducted by The Nevada Independent this fall, several participants highlighted their personal experiences with discrimination and expressed a desire for more police accountability. Their experiences ranged from feeling wary when seeing police officers to not being taken seriously and being racially profiled.

But police agencies in Southern Nevada say they're trying to better engage with minority communities through events and their Citizens’ Police Academy, a volunteer, 12-week course where community members can learn about law enforcement topics including constitutional law, gangs and narcotics, sexual assault prevention and awareness, fraud and identity theft, and counter-terrorism, among other topics.

Metro and North Las Vegas Police Department’s Hispanic citizens' academies offer residents a chance to learn more about the police, bridge that relationship and gain confidence to speak up to report crimes, Castro said. Despite the name, anyone can participate in the academies, regardless of immigration status.

Local agencies participate in “conchas with a cop” and “coffee with a cop” events where community members can have informal conversations with officers while enjoying coffee or a Mexican pastry. Officers also participate in informational forums such as the Mob Museum’s Hispanics in Law Enforcement panel held during Hispanic Heritage Month, where Lieutenant Sendy Lopez for the City of Las Vegas Department of Public Safety shared her experience as a Latina, bilingual officer.

“Sometimes when we make contact with people, it's at their most vulnerable moments,” she said. “They may be a victim of a crime or a witness of a crime, and for you to be able to relate — for example being a woman, and speaking the language will let them open up to you a bit more, actually a lot more from my experience.”

George Castro, a retired LVMPD lieutenant and College of Southern Nevada professor, had similar firsthand experience in his career 14 years ago when he realized being bilingual helped his investigations. This prompted the expansion of the LVMPD Citizens’ Academy to include an all-Spanish class.

“If it wasn't somebody that knew the culture, who in the department would investigate unreported crimes in Hispanic communities? Or who had the interest to look for them?” Castro said. “My mom always said to me speaking Spanish is ‘God's gift’ so that you can help the community.”

In 2016, an estimated 40 percent of the nation’s police departments had full-time bilingual or multilingual personnel. Metro even offers an incentive for language skills, providing an extra $46 per pay period compensation for bilingual employees.

Ochoa encouraged people to call for help if they have seen or experienced a crime and to not be afraid that the police will find out about their immigration status.

“It is very important to have community events like this so that [our residents] know that we are also part of the community,” Ochoa said at a community connection event in North Las Vegas. “We are here to support you. We are here to serve you. We are going to investigate crimes, we do not care about your immigration status.”