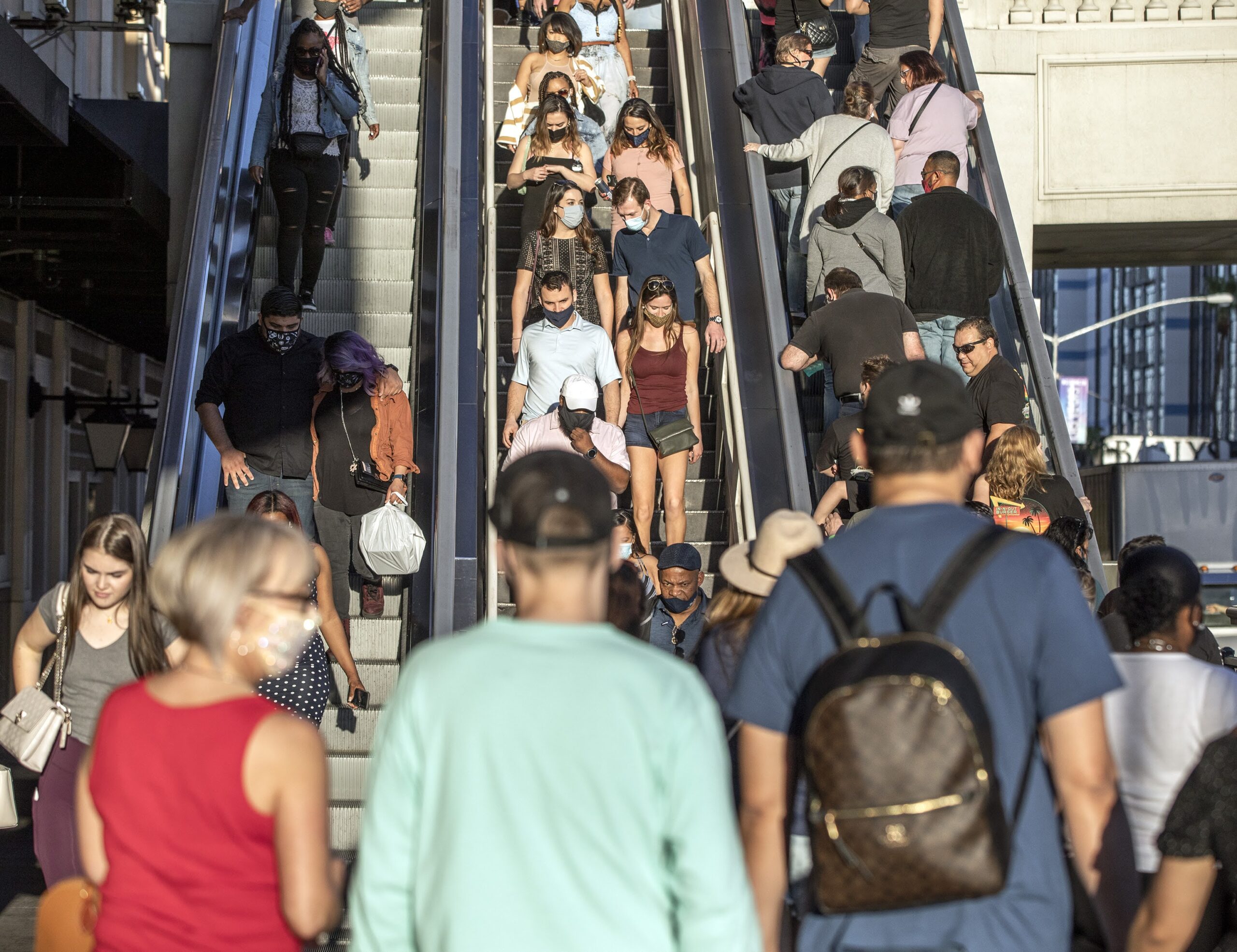 More than four in 10 Nevada voters believe the economy is the most important issue facing Nevada, and just three months away from the midterm elections, it could be the single biggest force driving them to the polls, according to a new Nevada Independent/OH Predictive Insights poll.

As Republicans hammer Democrats over the country’s 40-year high inflation rate and raise questions about whether the U.S. is in a recession, the poll found Nevada voters are more concerned about the economy than any other issue facing the Silver State.

“When we look at jobs and the economy, it’s still [the] dominant issue, and dominant, underline that sucker because 44 percent say that's the top one. But when you look at the next closest, you have education, health care at an incredibly distant second,” Mike Noble, chief of research at OH Predictive Insights, said during an interview.

Along with the 44 percent of respondents who named the economy as a top issue for Nevada, 40 percent also picked the economy as the issue most motivating them to vote this November, an amount that was distantly followed by abortion laws (17 percent), gun laws (7 percent) and immigration (7 percent).

Heightened concern about the economy translated into negative views about the performance of President Joe Biden, as gas prices in Nevada sit roughly 20 percent higher than a year ago and the cost for groceries and other goods continues to surge.

That underwater rating was driven most significantly by dissatisfaction with the economy, as just 25 percent of poll respondents approved of Biden’s handling of inflation.

The poll surveyed 924 registered Nevada voters via online, opt-in panel surveys from July 8-19, and had a margin of error of 3.2 percent.

Noble highlighted how Nevada voters’ intense focus on the economy above all other issues primarily benefits Republicans, especially as Democrats control the presidency and both chambers of Congress.

“When education and health care are stronger, they benefit Democrats more because independents attribute that to them a bit more. But when it comes to immigration or jobs and the economy, they attribute that a bit more to Republicans,” he said. “The issue environment is very pro-Republican right now.”

With so many voters focused primarily on the economy, the poll also found that most voters have little hope about inflation improving in the short term. Nearly eight in 10 respondents said they believe gas prices — a visual reminder of changing prices typically broadcast to consumers via large signs on street corners — will remain the same or rise higher in the next month.

Though average gas prices in Nevada have steadily declined in recent weeks, dropping by nearly 50 cents per gallon in the past month, they still remain significantly higher than a year or two ago. And voters who could determine Democrats’ success this November are pessimistic about where the prices are headed.

“Among Hispanics, 50 percent believe it's going to be higher,” Noble said. “[They are] a key demographic group this election, especially for Democrats, but we've been seeing that they've been kind of moving a little bit closer to the GOP. And again, it's more to this environment we're seeing and these pain points they have.”

Voters’ expectations about gas prices improved — albeit just slightly — in a longer-term outlook. About two-thirds of respondents said they expected gas prices to be about the same or higher a year from now, while less than a third expect prices to be lower than they are now.

Those feelings were matched by an extremely negative view of Biden’s handling of inflation and the economy, even from a large chunk of voters within the president’s party.

“You have 40 percent of your own base support that’s saying, ‘Hey, I don't think Biden's really doing a great job on that,’” Noble said. “You have eight in 10 independents who are giving a thumbs down, with 60 percent of that being ‘strongly disapprove.’”

Despite voters’ negative views of Biden, poll respondents did generally show more support for other Democrats. On a generic congressional ballot, voters slightly preferred the Democratic candidate (40 percent) to the Republican candidate (35 percent), with an additional large chunk of voters (21 percent) unsure between the two options. Fifty percent of respondents also rated Democratic Gov. Steve Sisolak favorably, including nearly half of non-major party voters, while just 41 percent rated him unfavorably.

But Noble stressed the significance inflation could play during this year’s midterm elections, and the negative effect the issue has on Democrats, who are already working at the federal level to improve their messaging on inflation, including naming a sweeping health care, climate and tax bill the Inflation Reduction Act of 2022.

“That's really, again, a huge pain point and issue, and that's why they're trying so hard to get inflation under control because when you look at the polling, it's really sticking,” he said.

Find the poll results and crosstabs here. Check out The Nevada Independent’s other stories on this and other polls here.