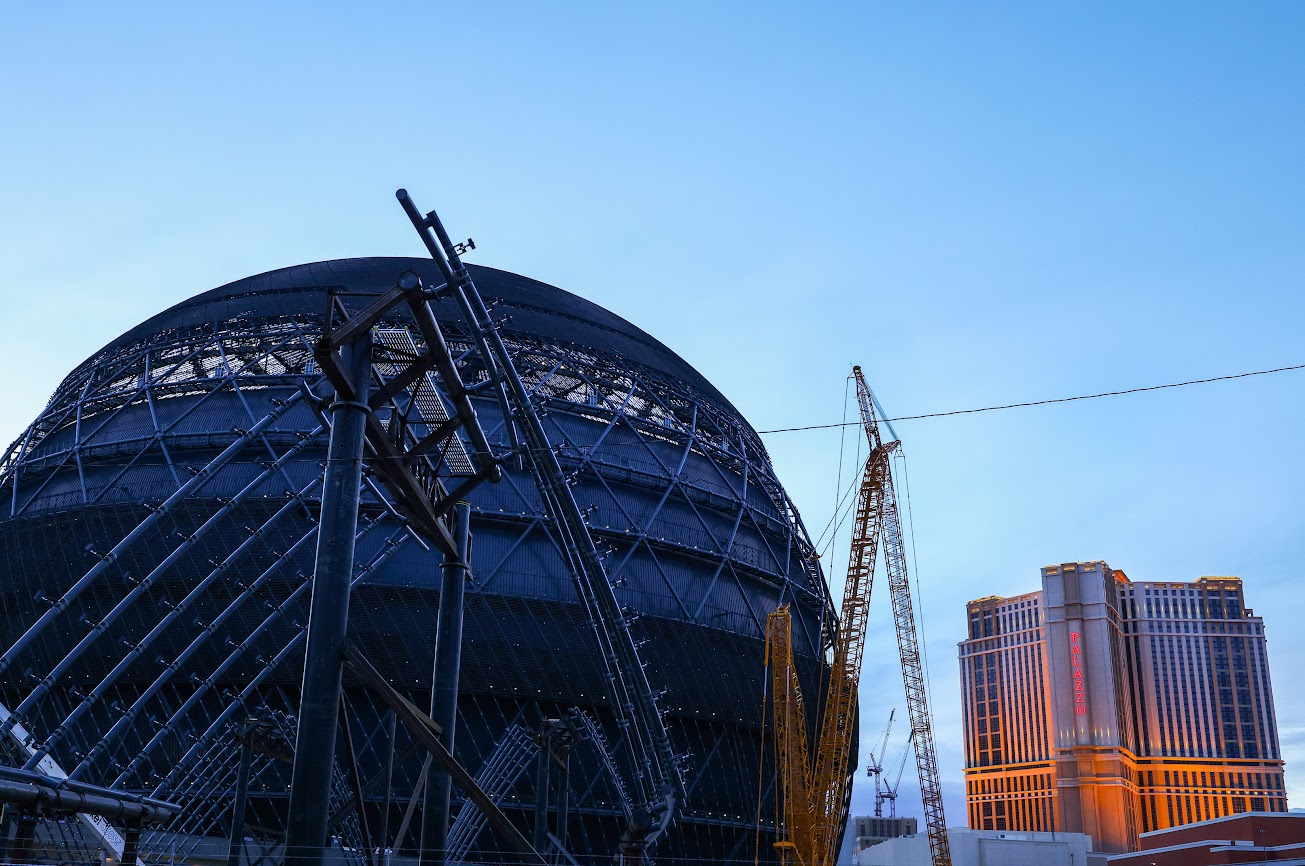 Developers of the $2.17 billion MSG Sphere are considering a sale of their upscale Tao restaurant and nightclub chain to help fund the project’s rising construction costs, which have now surpassed the budget for Allegiant Stadium.

Madison Square Garden Entertainment (MSGE) has reportedly hired Goldman Sachs to explore a sale of Tao Group, a worldwide company whose operations encompass 17 restaurants, nightclubs, day clubs and pool lounges in Las Vegas, including Tao Nightclub and Tao Asian Bistro at The Venetian, Hakkasan at MGM Grand, and Beauty & Essex at The Cosmopolitan of Las Vegas.

The New York Post reported the potential sale on Wednesday, estimating that MSGE’s 67 percent stake in the Tao Group could be worth $274 million. A spokesman for MSGE told the newspaper the company’s policy is to not comment on rumor or speculation.

In a research note, Macquarie Securities entertainment industry analyst Paul Golding said he “tends to agree with The Post that if Tao is up for sale, this may be motivated by capital needs to complete the Sphere,” which is expected to open later this year on Koval Lane behind The Venetian.

He said the sale would be separate from a spin-off plan being explored by the MSGE board that would move the company’s traditional live entertainment business into a separate public entity. MSGE would then retain the operation of MSG Networks, MSG Sphere and Tao Group.

“If the company is considering selling Tao, this could factor into the timing of the proposed spin as not only would this create an additional transaction workstream, but it could have implications around proceeds and tax treatment,” Golding wrote.

He added that if a Tao sale takes place, directing those funds toward the completion of MSG Sphere “puts a lot of pressure on the project to deliver on [the return on investment].”

The cost to build the entertainment attraction behind The Venetian has grown by more than $300 million in the four years since its groundbreaking.

The Sphere now has a price tag larger than the $1.9 billion Allegiant Stadium, even though the venue’s capacity is one-third the size of the 65,000-seat home of the Las Vegas Raiders.

According to the Post story, a sale of Tao could help MSGE close a $600 million gap in the construction budget for the MSG Sphere.

Madison Square Garden said MSG Sphere’s price, which was first revealed in 2021 at more than $1.8 billion, has risen because of inflation, issues with the global supply chain and the project’s complexity.

MSG is funding the remaining construction expenses from cash on hand and cash flow from the company’s operations, which include Tao, New York City’s Madison Square Garden and Radio City Music Hall.

The Sphere has an outdoor high-resolution LED screen that will encompass 580,000 square feet and surround the circular structure. In addition to the outdoor LED screen, the interior of the 366-foot-tall spherical structure will have a 160,000-foot LED screen that will surround the audience. The screen, which is larger than three football fields, will be accompanied by more than 164,000 individual speakers.

The building will include 17,500 permanent seats rising five levels, with a standing-room capacity of 20,000 for entertainment performances, concert residencies, and sporting events such as boxing.

MSG Sphere will also include 23 luxury suites and a 5.7-million-cubic-foot grand entry in the central atrium.

The operators have not said much about specific entertainment at the venue.