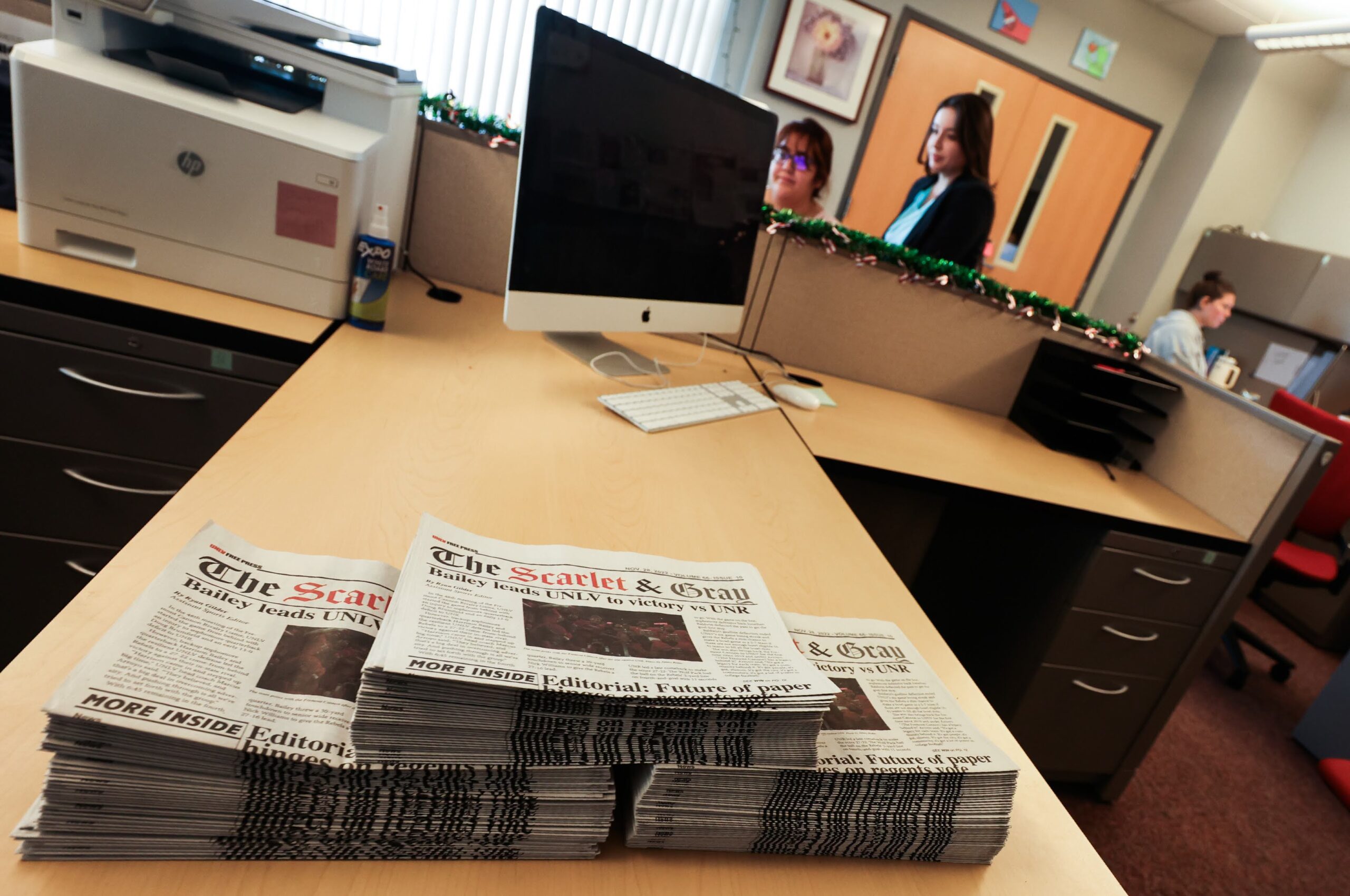 The Nevada System of Higher Education (NSHE) Board of Regents voted 7-5 on Friday to approve a wide-ranging slate of proposed student fee increases for colleges and universities, including a new 20 cent-per-credit-hour fee designed to fund the student newspaper at UNLV, the Scarlet & Gray Free Press.

The fee is the first of its kind in Nevada, and has been billed by employees of the newspaper and other advocates as a means to fund the outlet in the long term without the need to rely directly on advertising, university administrators or the undergraduate student government.

It also comes as long-term funding sources have become increasingly tenuous for student media and the Scarlet & Gray, which also recently lost additional funding and free printing it had received from the Las Vegas Review-Journal.

But the vote came after four separate votes from regents over a sweeping package of dozens of fees and fee increases that divided the 12 regents present at Friday’s meeting.

Members who spoke on the newspaper fee appeared generally receptive to the idea during discussions on Friday, with one, Regent Patrick Boylan, declaring that he opposed all fees outright except the one designed to fund the Scarlet & Gray.

But separately, regents splintered over a proposed roughly 5 percent increase in housing fees at UNR’s Ponderosa Village graduate housing complex, part of a broad-based increase of similar fees at complexes at both UNR and UNLV.

Many international students at Ponderosa Village sharply criticized the plan during public comment Friday, in large part because they are income-limited by visa restrictions on work and a graduate student stipend that has for years been criticized by students as too low.

UNR administrators, also speaking at the meeting, both acknowledged those criticisms while also arguing for the increases as necessary, given that housing complexes are “self-sustaining” and funded entirely by fees. With Ponderosa Village aging and repairs required, UNR Vice President for Student Affairs Shannon Ellis argued, the fee increases had become a necessity.

Some regents also opposed the implementation of any new fees — again, excepting the UNLV student newspaper fee — and sought to approve only adjustments to existing fees, excluding Ponderosa and including the newspaper.

That motion was pulled, however, and a push by some regents to table the entire fee debate until the new year was voted down.

Multiplied across nearly 30,000 students at UNLV, the 20 cent fee for the Scarlet & Gray is expected to deliver roughly $139,000 in funding beginning in the fall 2023 semester.