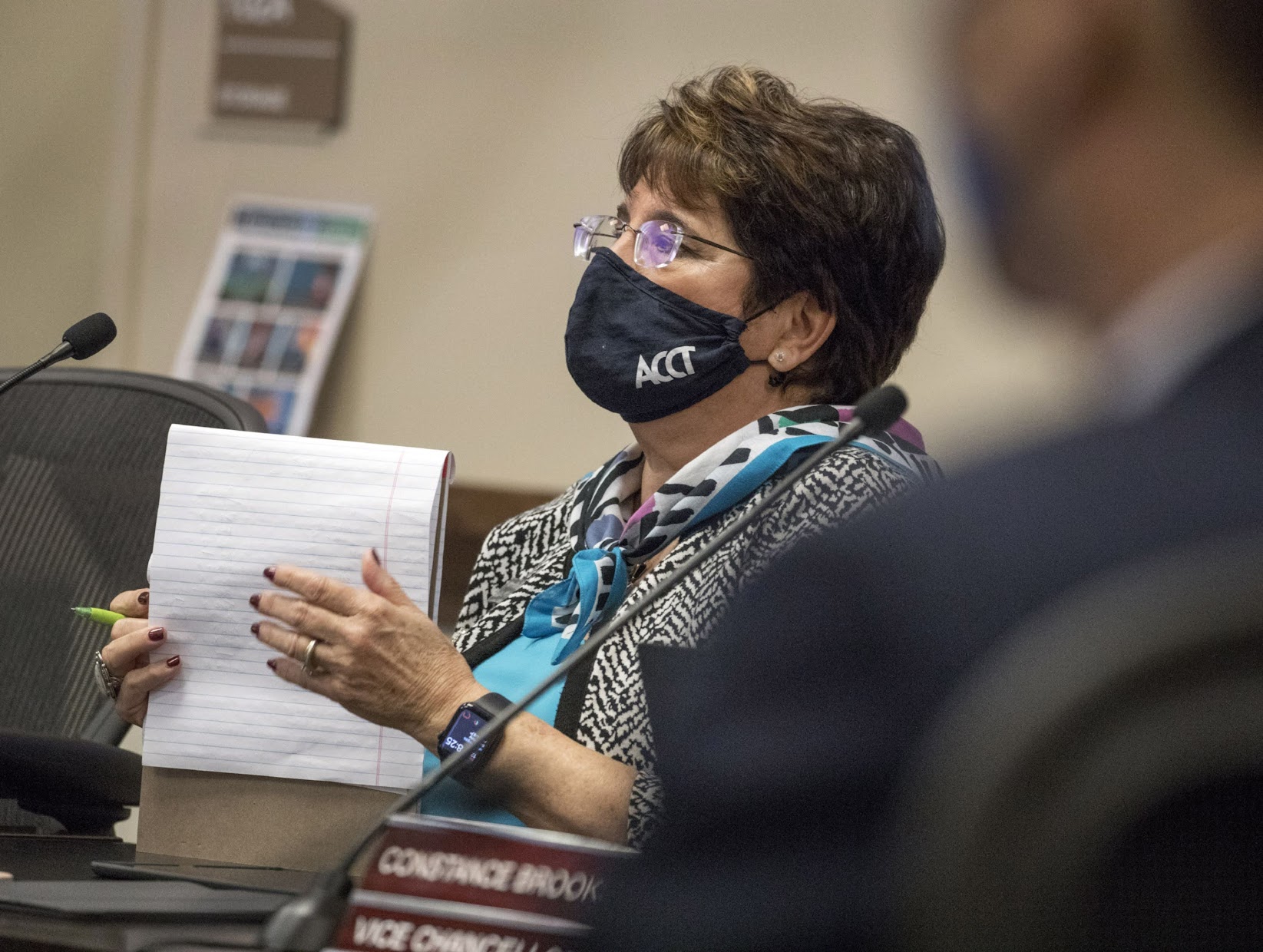 As an investigation continues into a hostile work environment complaint filed last month by the Nevada System of Higher Education’s chancellor, the Board of Regents voted Friday to name two new interim leaders replacing the pair of regents implicated in the complaint.

In separate votes, the board voted 7-4 to name Regent Carol Del Carlo as new chair pro tempore and Regent Amy Carvalho as vice chair pro tempore. They will take over from former Board Chair Cathy McAdoo and Vice Chair Patrick Carter, respectively, who announced last week that they would temporarily leave leadership positions on the board as the investigation continues.

“This is a difficult situation,” Del Carlo said following the vote. “We’re in uncharted territories and waters.”

Regents Laura Perkins, Joseph Arrascada, Byron Brooks and Patrick Boylan voted against both Del Carlo and Carvalho, instead supporting a ticket of Arrascada as interim chair and Brooks as vice chair.

The board voted down both nominations in a 6-5 vote, with Regent Jason Geddes joining the four in favor. Geddes was the only regent to vote in favor of all those nominated to the temporary positions.

McAdoo abstained from Friday’s vote, a move she said was made under the advice of system legal counsel sent to her late last night. Carter was not present at the meeting.

In October, Rose accused McAdoo and Carter of abusing their power in an attempt to minimize her influence and, ultimately, force her out of her position as chancellor.

Amid the investigation into that complaint, at least one other hostile work complaint — filed by Truckee Meadows Community College President Karin Hilgersom — has also emerged. The details have not been made public, but sources with knowledge of the complaint have confirmed that it deals generally with several similar issues raised in the chancellor’s case, though it does not explicitly name regents.

The complaints and ensuing investigation have led to an apparent gridlock at the top of the system. Friday’s meeting was the first since September, and the first since the chancellor’s complaint was filed.

In an interview after the vote, both Del Carlo and Carvalho acknowledged board actions had been pushed aside across three canceled meetings in the six weeks, and hinted that a special meeting in January of next year could be the next opportunity to address delayed action.

“It's an inflection point, for the board and for higher education,” Carvalho said. “We've had struggles in the past and they've come to a point. And even though this is temporary, I think it's an important time for us to really reflect inwardly and to gain the trust of our constituents and the public.”