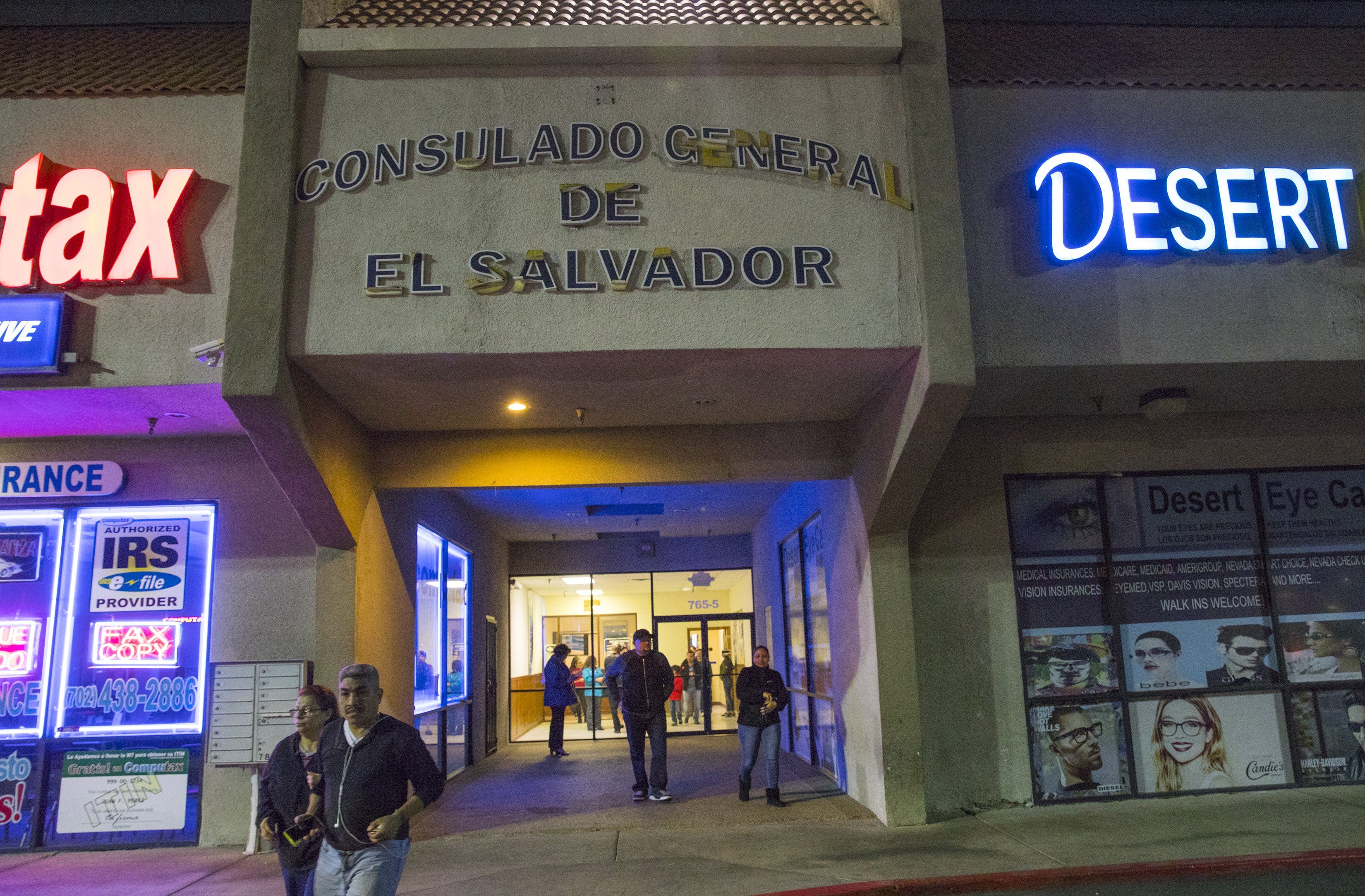 “Nery is a hardworking individual who fled a horrific civil war to come to the U.S. in order to provide a better future for himself and his family,” Rosen said in a release obtained by The Nevada Independent.

Martinez’s invitation comes after Trump announced earlier in this month that he would end the TPS program for Salvadorans in 2019, throwing into question the status of nearly 200,000 immigrants around the nation, some who have lived in the United States for over a decade. There are an estimated 4,800 TPS recipients from El Salvador in Nevada.

“The President needs to be reminded that his callous, xenophobic and misguided decision to end TPS will have very real consequences, destroying countless families that have played by the rules and contributed so much to our communities,” Rosen said.

The status doesn’t offer a pathway to legal permanent residency or citizenship and is subject to the discretion of the Trump administration, which has moved to scale back the program for others among the 10 participating countries.

Martinez currently is a bar apprentice at Caesars Palace and, along with his wife who is also a Salvadoran TPS holder, he is the father of two children who are U.S. citizens.

“Congresswoman Rosen understands that TPS recipients like myself have worked hard to build our lives here so that our children do not have to experience the hardships we have had to face in our home countries,” Martinez said. “It is a shame that President Trump refuses to accept this reality. I will be at the address to remind him and this administration that TPS recipients like me are here to make this already great nation even greater.”

Rosen has been active on the TPS issue. She supports the American Promise Act, which would protect TPS recipients from deportation and allow law-abiding TPS holders a pathway to permanent residency and citizenship.

NumbersUSA, a group that supports limiting immigration, praised the president’s decision to end the program. They argue that TPS is designed to be temporary, but there is no limit to the number of times TPS status can be renewed by the government.

“The past practice of allowing foreign nationals to remain in the United States long after an initial emergency in their home countries has ended has undermined the integrity of the program and essentially made the "temporary" protected status a front operation for backdoor permanent immigration,” the group said in a statement following Trump’s announcement. “If TPS cannot be operated according to its original intent and design, the program should be eliminated completely.”

Disclosure: Caesars Entertainment has donated to The Nevada Independent. You can see a full list of donors here.
SHARE