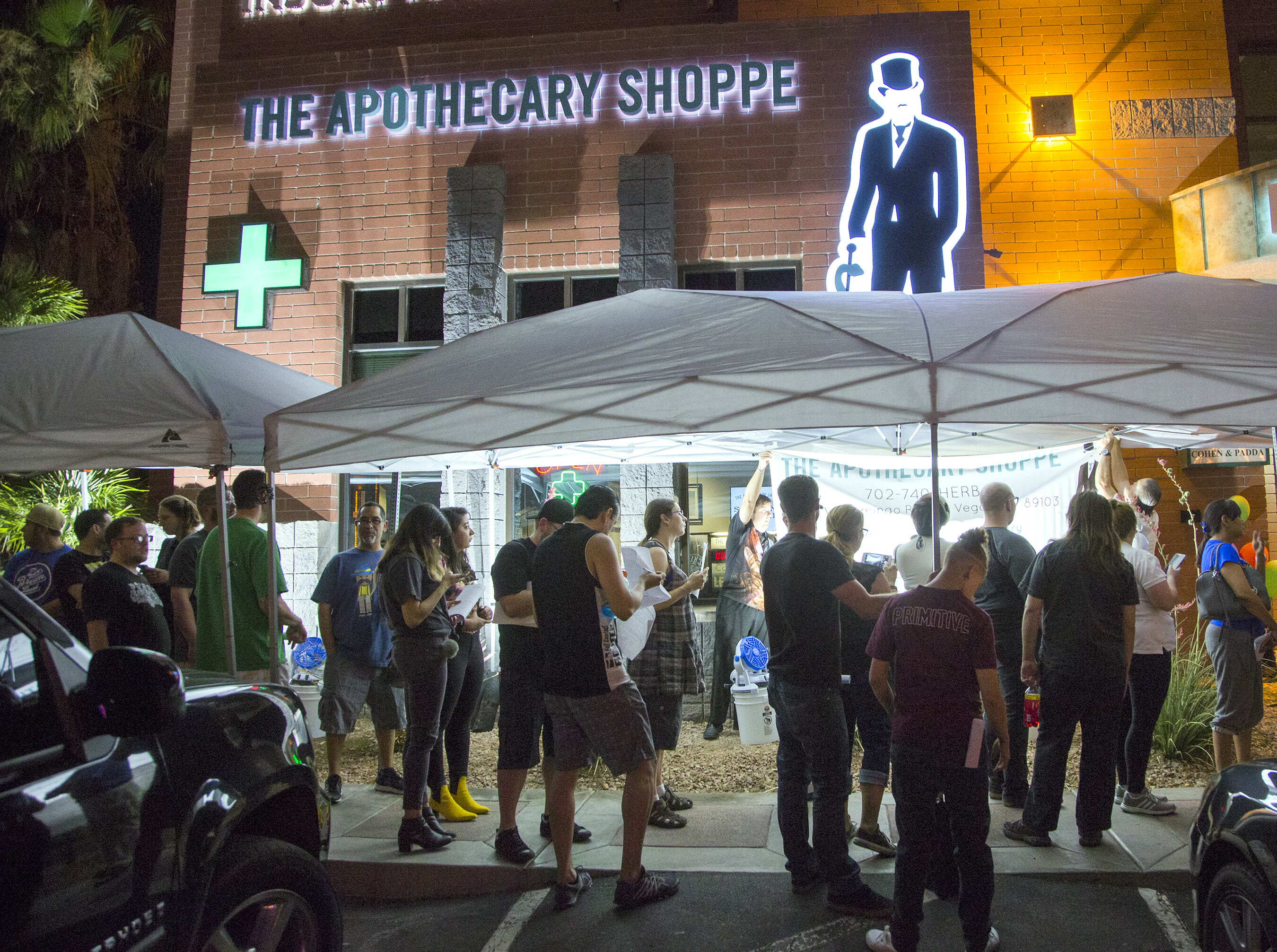 Gov. Brian Sandoval said he has now met with Nevada’s new U.S. Attorney Dayle Elieson, although he’s not disclosing what they discussed and whether it has relieved his concerns about a potential crackdown on Nevada’s legal marijuana industry.

Sandoval revealed to reporters on Monday that he had met with Elieson, who hails from Texas and began the job as an interim federal prosecutor in January. She has vast authority to enforce a federal prohibition on marijuana if she chooses, but hasn’t given any public signals about her intentions with the marijuana industry.

“There’s an agreement that I’m not going to discuss what we talked about,” Sandoval said about their conversation. “There’s going to be a continuing dialogue with the U.S. attorney’s office. I do appreciate Nevada’s new U.S. attorney taking the time to meet with us.”

Asked whether the talk alleviated his concerns about prosecution of an industry that’s projected to bring tens of millions of dollars in tax revenue to the state budget, he repeated that there would be a continued dialogue.

Attorney General Jeff Sessions, Elieson’s boss, canceled guidance that called for prosecutors to give more leeway to state-regulated, state-legal marijuana operations. In doing so, he said existing laws “reflect Congress’ determination that marijuana is a dangerous drug and that marijuana activity is a serious crime.”

“AG Laxalt met with Interim US Attorney Dayle Elieson last month on a range of law enforcement coordination issues including marijuana enforcement, but will not comment further on the specifics of their discussion other than to say it’s an ongoing conversation,” his office said in a statement.

Laxalt, like Sandoval, opposed marijuana legalization during the 2016 campaign. He hasn’t expounded much about the Cole Memo decision except to say he doesn’t expect there will be a crackdown.

“I don’t really see a scenario where a U.S. attorney is actually going to go down and shut down recreational marijuana or legalized facilities that are recognized by the state,” he told the Las Vegas Review-Journal last month.