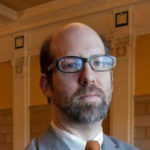 This past holiday season (and repeatedly throughout the year) we are reminded – with public service announcements, distracting billboards along the freeway, stern lectures and emotional denouncements – about the horrors of driving under the influence from the police, the district attorney and other politicians. We’re also reminded by the horrific scenes of twisted car wrecks, devastated families dealing with loss or severe injury and harsh (but not harsh enough to some) prison sentences for DUI offenders.

Perhaps as a result, in Nevada, people are being arrested for DUIs even if they aren’t technically impaired, and the impairment levels are more a result of political convenience than making a judge or jury determine whether a person was actually so impaired that he or she couldn’t safely operate a motor vehicle (which is the case with prescription drugs).

Confusing? Probably yes — and no. Yes, because there are so many twists and turns from a criminal justice perspective where people who aren’t actually impaired are facing the increasingly nasty and expensive consequences of arrest and prosecution. No, because catching potential hazards and punishing people who hurt people is where we are — and most people are comfortable with streamlining that process.

In the end, though, having strict DUI laws is all pretty clear cut and indefensible, right?

Driving while so intoxicated that you can’t adequately control your vehicle and your vehicle then hurts or kills another person (or even does property damage) is a bad, bad scene. Totally indefensible. But like all good/bad, good/evil, good/lock-that-a*hole-up-forever scenarios, there’s important nuance that can be lost. This is especially true in the fervor to punish people harder and harder, as we embark upon more serious discussions of marijuana (and prescription drugs) in the mix — and as we see domestic violence allegations requiring trials setting the stage for the same for even the lowest level DUI.

All the while, no matter what we do — in a state like Nevada with easy access to cheap and sometimes free liquor (nightclubs excluded on the free part, but not the flow) — the number of alcohol-involved fatalities doesn’t really seem to diminish at rates commensurate with all the heightened rhetoric directed at impaired drivers. For instance, in 2016, there were 172 fatal crashes in the state involving drugs or alcohol. In 2017, that number dropped to 161, but then stayed the same in 2018. Five hundred forty people died in that same three-year period in drug or alcohol related collisions.

It should be noted that while these numbers are intolerably high, there were almost 900 fatalities in Nevada between 2015-2017 which were part of approximately 140,000 automobile collisions. The point here being that there are also a lot of deaths and even more collisions that have nothing to do with drugs and/or alcohol that don’t seem to get the same degree of wrath — despite the fact that offenses like speeding, distracted driving, unsafe driving and the like are done by sober people, too. But add alcohol or drugs into the conversation and, well, the stigma of “drunk driving” rears its head — even as we are supposedly becoming more sensitive as a society to the scourge of addiction.

Obviously, there are many issues on the roads of Nevada, and alcohol and drugs are not the only reason for death. They are just the main target of ire if you scan newspaper headlines and press conferences. Perhaps justifiably so. If we could ban alcohol and drugs from all drivers, all the time, it’s axiomatic that total fatalities (and crashes) would significantly decrease. Probably not to the level of the ambitiously titled (but tragically unrealistic) “zero-fatalities” campaign, but yeah, it is the goal.

Problem is… increasing prison stays and even charging people with murder only seems to be a marginally effective strategy to the problem at hand. So we’re left with education programs (good thing, if it scares people into not drinking at all), more DUI checkpoints and stops for suspected DUI (a mixed bag that mostly punishes people for having a somewhat arbitrary level of alcohol or marijuana in their system versus actual impairment) and the already mentioned hyper-focus on expanding extreme time in prison that primarily makes victims feel avenged.

But given that people aren’t intentionally hurting people when they have become impaired, despite engaging in conduct that results in harm… what other benefit comes from incarcerating a person who likely has little to no prior serious criminal conduct (as is the case with most DUI defendants)?

Maybe there’s a thread of defensibility, here. The thing is, not everyone driving with .08 in their system is going to hurt someone (although statistics do show they cannot drive as well as someone with less or no alcohol in their system). Also, I can’t imagine there are many who intend to drive while intoxicated, and certainly even fewer people who consider that doing so creates a high possibility of hurting another person while doing so, because…they’re intoxicated.

Some may point out they were voluntarily intoxicated — and yes, that’s true. But they also might be suffering from a disorder like alcoholism or opioid addiction. And even if they did start out voluntarily on the path to intoxication, the paradox should not be lost that the criminal justice system is currently punishing people for being way too drunk or high to operate a vehicle, but who are somehow clear-headed enough to be charged with making the decision to drive when they did. That’s always going to be the rub, but also the challenge.

The challenge is that because what is and isn’t too “impaired” is such a tough proposition to prove on a case-by-case basis, strict liability levels were adopted. Most are familiar with the .08 BAC (blood alcohol level) limit that is now universal in the U.S. (although Utah has a lower threshold at .05). And when it comes to marijuana, the states are all over the place, with Nevada (despite having allowances for medical and recreational marijuana) still using archaic train engineer standards which include registering DUIs for the presence of marijuana metabolites (which are inactive in the bloodstream but suggests usage within approximately up to 30 days).

Still, the end result is that if people have detectable intoxicants in their system (legal or otherwise) and they are stopped on the road or involved in a serious accident, it can cost them thousands of dollars in fines, fees and attorney costs, increase their insurance, cause them to lose their driving license, require them to install breath-interlock devices, pay for counseling that may or may not fit their individual needs, wear expensive alcohol monitors on their ankles, spend time in jail (or mandatory prison for a third offense — even having never had a collision) and have a conviction on their record which could prevent jobs, travel (Canada is particularly touchy about it) and may, in the worst case scenario, get charged with murder (though murder without actual, malicious intent).

Tough talk on DUIs and tough action on people arrested for this charge is all very easy without seemingly changing too much — and that brings up the second point of this column: Is there something different we can do, as we really do seem to want to rid the roads of impaired drivers?

The real question is: do we have the will to talk about it in ways that don’t simplistically place the full blame on people who are drinking or ingesting on the regular with the intended purpose (not to hurt someone) but to celebrate, or make themselves feel better or because they are simply enjoying the taste of something at the moment in this complicated world? If we are as concerned as we should be, why aren’t we pushing for breath-interlock devices in all vehicles as standard? Why aren’t we making people prove they aren’t driving when they order more than one drink in our 24/7 hour alcohol sales town? Why aren’t we investing in methods to effectively screen people at parking garage exits and valet parking returns? Why aren’t we calling on bars, liquor distributors and casinos to absolutely step up and do what it takes to keep possibly impaired drivers off the road, including figuring out ways to offer free or low cost transport every day of the week and not just New Years Eve?

Why aren’t we even having these discussions?

It seems to me the trouble we cause for (and blame we place solely on) people who are intoxicated is a distraction from actually solving the problem that is causing so much hurt in the world. We can and should be appreciating that people altering themselves with legal substances is both part of their right to pursue happiness (or drown sadness), or part of a disease, or a mixture, at times. We can and should be recognizing that the sale of intoxicants is big business and that prohibition (of substances or even driving your own vehicles) is not viable.  We can and should be acknowledging that zero fatalities would be awesome to achieve, but the question remains: what are we actually willing to do about it?

Because here, as in so many areas, the heavy hand of the remarkably inexact criminal justice (and attendant incarceration) is and remains the least effective way to change the societal ill that we want to diminish.

People who are impaired should not drive vehicles. But vilification and punishment as we tend to dole it out is not the right vehicle for systemic change. DUI, like so many other areas of the justice system, needs to be looked at differently if we ever want to really stop the hurting. It’s time to understand that criminal justice reform isn’t just about slight tweaks, but often requires looking outside the current system for answers.