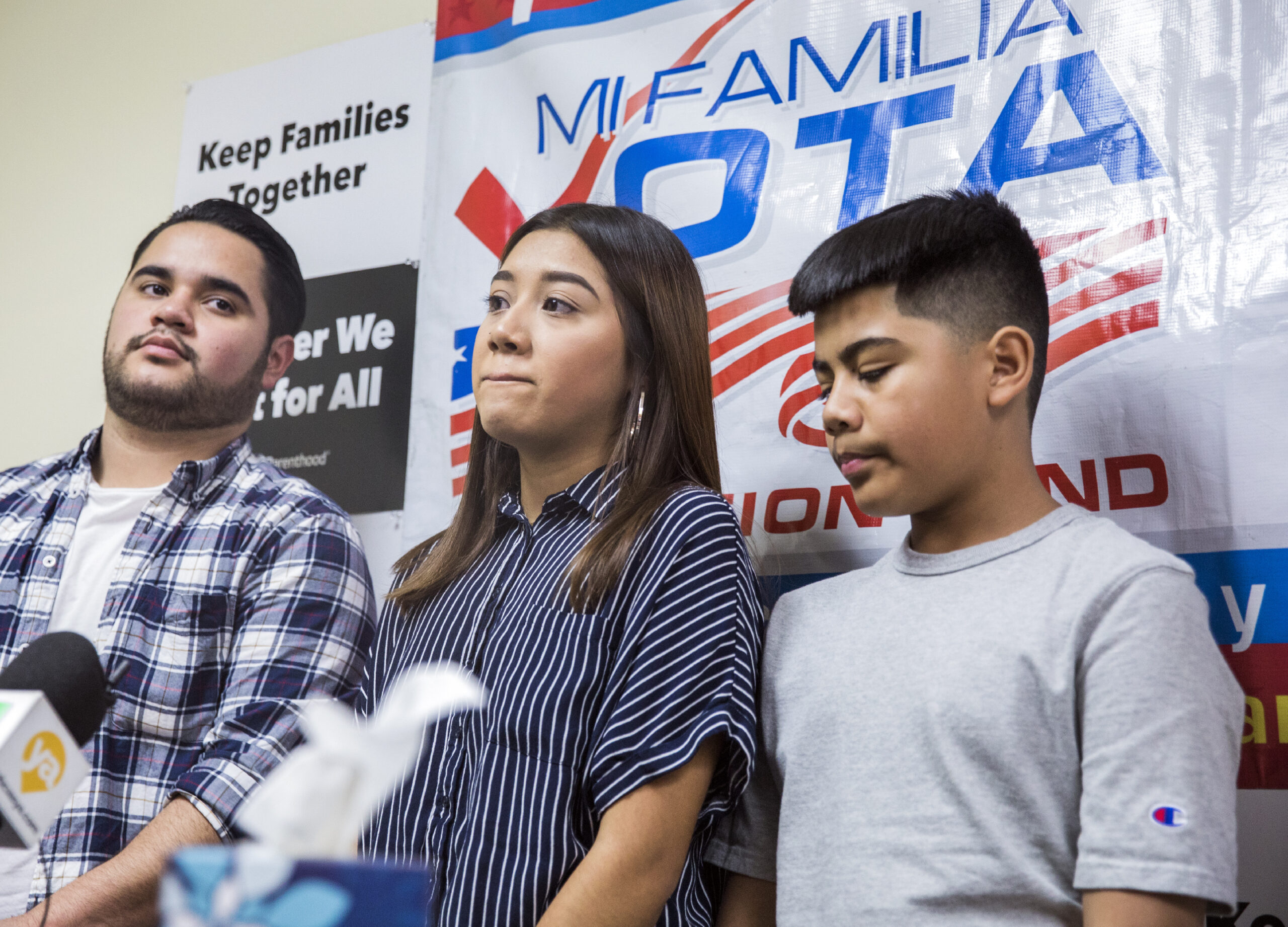 A single mother of three who was scheduled for deportation after an arrest in early July has been given a second chance to be with her family.

Mexican immigrant Adriana Arellano Cruz had her $5,000 bond posted by the ¡Arriba! Las Vegas Workers Center, an immigrant advocacy group, on Tuesday, and has been reunited her with her three American citizen children.

“Sull and Associates, PLLC is thrilled to know that our client, Adriana, a single mother of 3 U.S. Citizen children has now been reunited with her family,” her attorney, Dee Sull, said in an emailed statement. “These stunning legal decisions despite ICE’s efforts to keep her incarcerated show that the [courts] do not agree with ICE’s actions or arguments to keep her behind bars."

Her deportation case, initiated six years ago, was triggered by unpaid traffic tickets. Her deportation had been scheduled to take place on July 16, but a court's decision has delayed it by up to six months. The three children held a press conference in July with the Hispanic American voting rights organization Mi Familia Vota to advocate for her release.

The group’s Nevada director, Cecia Alvarado, said she believes there has been long-lasting damage to the family because of the children being evicted weeks after her mother was taken into custody.

“There has been a lot of trauma inflicted on this family as well as an eviction; their lives have been uprooted," she said. "We have to work for a community in which immigrants are supported and not targeted.”

For now, Arellano Cruz has found a new place to live with her children until the next court date later this year. Sull views this as a short-term win for her family.

“We’re so grateful for the community at large in light of the bad things that have happened,” Sull said. “It’s always refreshing to see the compassion of one’s community.”