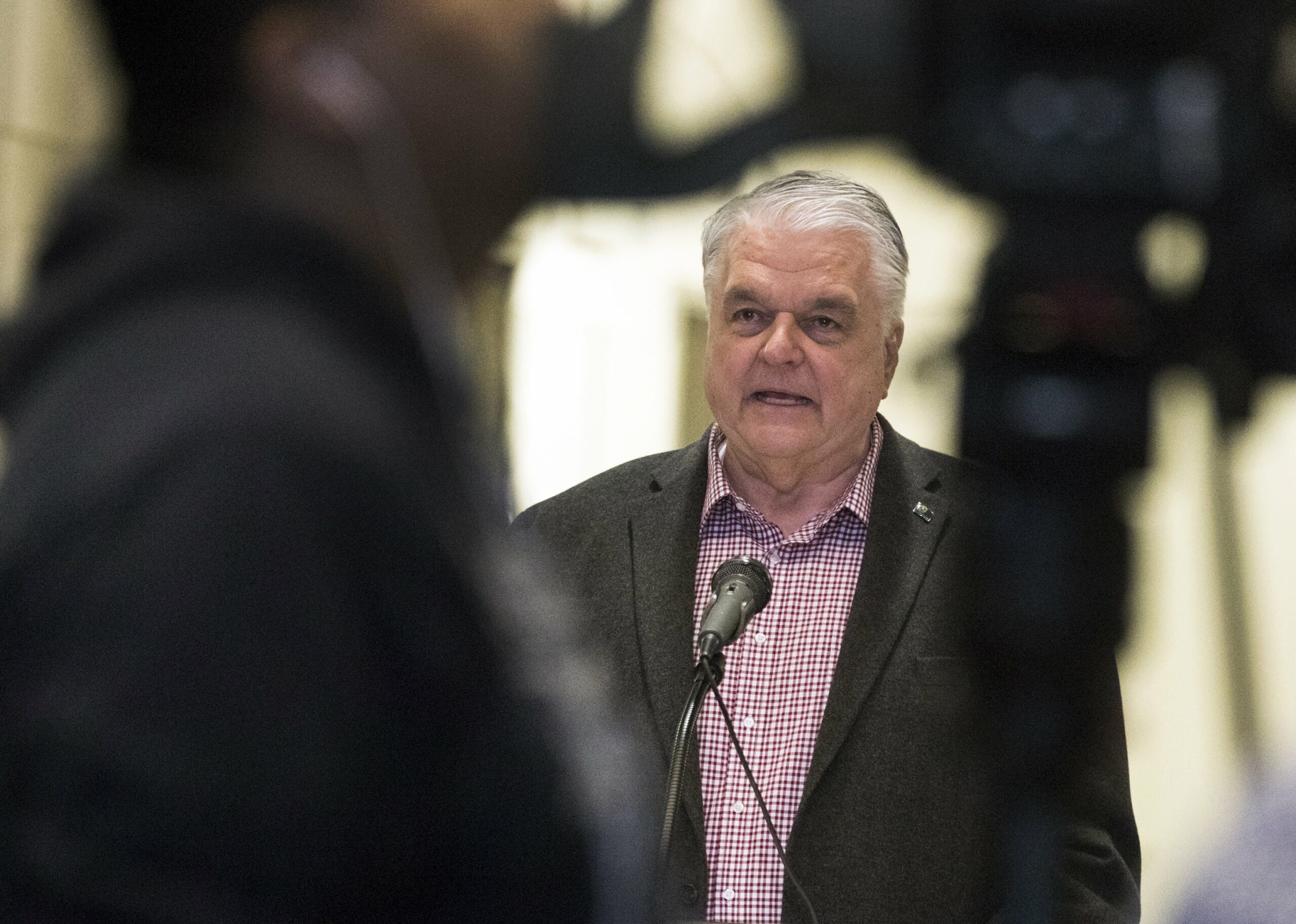 Gov. Steve Sisolak is asking state agencies to identify “potential areas for reductions” in their budgets — with up to $687 million in possible cuts over the next two years — as the state deals with an expected financial crunch created by the coronavirus crisis.

The Governor’s Finance Office will begin working with the executive branch agencies, Sisolak wrote in a letter sent Friday, noting they will be “surgical and thoughtful” in their approach. The governor promised that no cuts will be made to agencies providing resources to people on the front lines of the COVID-19 response.

“While we must have percentage targets to start this process, we will not just simply make a string percentage cut across the board to our budgets,” Sisolak wrote. “I believe to do so would be a disservice to the citizens of Nevada.”

A separate memo sent by the Governor’s Finance Office on Friday suggested state agencies to begin preparing up to 4 percent budget cuts for fiscal year 2020 and cuts ranging from 6 percent to 14 percent for the following fiscal year.

An attached spreadsheet and overview of potential agency budget reveals that the cuts could have a sizable impact on the state’s two-year budget. An across-the-board 4 percent cut for the current fiscal year would result in a nearly $171.6 million cut out of the $4.3 billion budget, including a $27 million cut to the higher education system and a $12.4 million in cuts to the prison system.

A combined 4 percent cut this fiscal year and 14 percent agency-wide budget cut in the next fiscal year would make for an even deeper spending cut — an estimated $687 million over the two-year budget cycle.

The governor said all budget decisions in the coming weeks and months would prioritize the health and safety of Nevada residents and put the state on track toward a healthy physical and economic recovery.

“We cannot accomplish this mandate if we cut the vital areas needed to execute an effective COVID-19 response,” he wrote.

But the first-term governor didn’t downplay the grim financial outlook facing the state. He said government budgets are “taking significant hits” and will not meet previous revenue projections.

Sisolak reminded state agencies it’s important they do their part at a time when so many Nevada families, businesses and employers are also trimming budgets.

“I wish we weren’t facing the reality of this crisis,” he wrote, “and I wish I didn’t have to write this letter.”

The governor’s budget office also wrote in an all-agency memorandum on Friday that state agencies should submit the proposed cuts by April 13. Sisolak did not indicate a timetable for the budget reductions.

To offset the financial hit, the governor and state lawmakers will also be able to tap into the state’s newly flush Rainy Day Fund, which had more than $401 million in its account ready to be used in cases of lower-than-expected tax revenue or a fiscal emergency.

But Nevada’s state government, which is largely dependent on sales tax revenue, is likely to endure a massive financial hit over the coming months with hundreds of “nonessential” businesses closed and record numbers of people filing for unemployment amid the pandemic.

The governor also joined a tele-town hall hosted by the Nevada State Education Association shortly after issuing the budget-related letter. One attendee asked if educator furloughs or layoffs would be necessary given the looming budget issues.

“I’ll be honest with you,” he said. “I have a lot of sleepless nights over this. One thing I don’t get much of anymore is sleep. This has weighed heavily on my mind for weeks already as it relates to our budgets.”

The governor did not directly address the possibility of furloughs or layoffs. Instead, he emphasized that it wouldn’t be an across-the-board budget cut.

Prior to the arrival of COVID-19, Sisolak said his office had started the process of building a child and family-centered government.

“Education was a key part of that plan,” he said. “Unfortunately for all of us, some of those efforts will have to be put on hold temporarily as we now face a new reality.”