Sisolak gets ‘A’ grade from pro-marijuana-legalization group 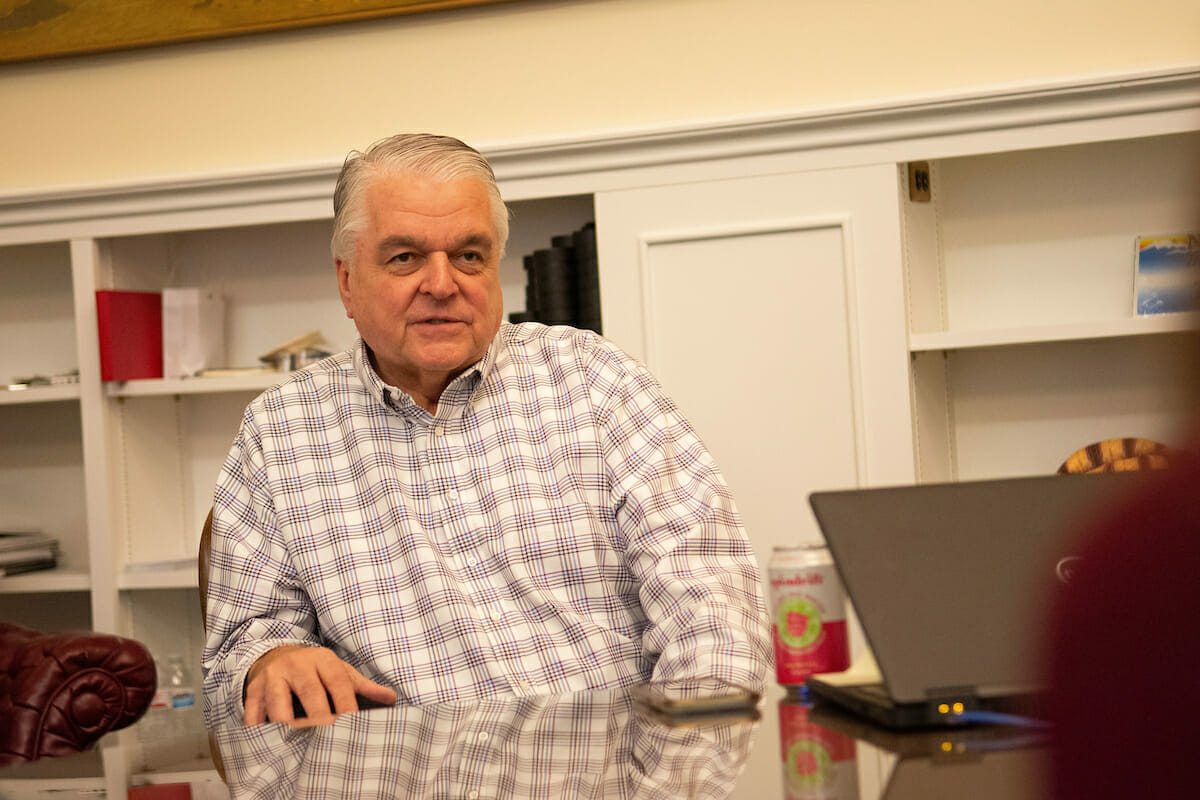 Gov. Steve Sisolak is one of nine governors to score an “A” on a report card by pro-cannabis-legalization group NORML after signing a number of bills last year that ease penalties on marijuana users.

NORML (an acronym for the National Organization for the Reform of Marijuana Laws) gave the Democratic governor top marks in a scorecard released Wednesday, pointing to bills he signed that expand protections for applicants whose pre-employment drug tests are positive for marijuana and prevent sanctions on child custody or visitation based on a person’s medical marijuana patient status. The group also applauded a bill that provides a process of sealing criminal records on decriminalized marijuana offenses.

“Most legislative activity specific to marijuana policy takes place at the state level and America's governors are our nation's most powerful state-elected officials,” NORML Executive Director Erik Altieri said in a statement about the rankings. “These 50 lawmakers play a key role in whether or not marijuana policy reform advances at the state level so it is vitally important that reformers are aware of where they stand on the issue.”

Other Nevada bills NORML highlighted involved a measure to release more records about the marijuana business licensing process and a bill requiring the creation of a closed-loop payment system to serve marijuana customers.

Democrats fared better than Republicans on the scorecard, with only Democrats earning “A” grades and 96 percent of Democratic governors earning at least a “C” grade. On the other hand, only 37 percent of Republican governors earned a “C” or above and eight received an “F.”

Governors who earned failing grades are those who have taken firm stances against marijuana legalization, including Nebraska’s Republican Gov. Pete Ricketts. NORML cited a position paper Ricketts wrote describing cannabis as a gateway drug and a promise to “veto any legislation that attempts to make marijuana use lawful in the Cornhusker State.”

“Political support among US governors for marijuana policy reform continues to grow. However, this support is more partisan than ever before,” NORML report authors wrote. ”No Republicans are on record in support of adult-use legalization and few are in favor of regulating medical cannabis access. By contrast, a large percentage of Democrats are supportive of both issues. This partisan divide is not similarly reflected among the general public.”

There are 24 Democratic governors and 26 Republican governors in the U.S.