Sisolak, Giunchigliani both back state funding for Planned Parenthood, no restrictions on abortion access 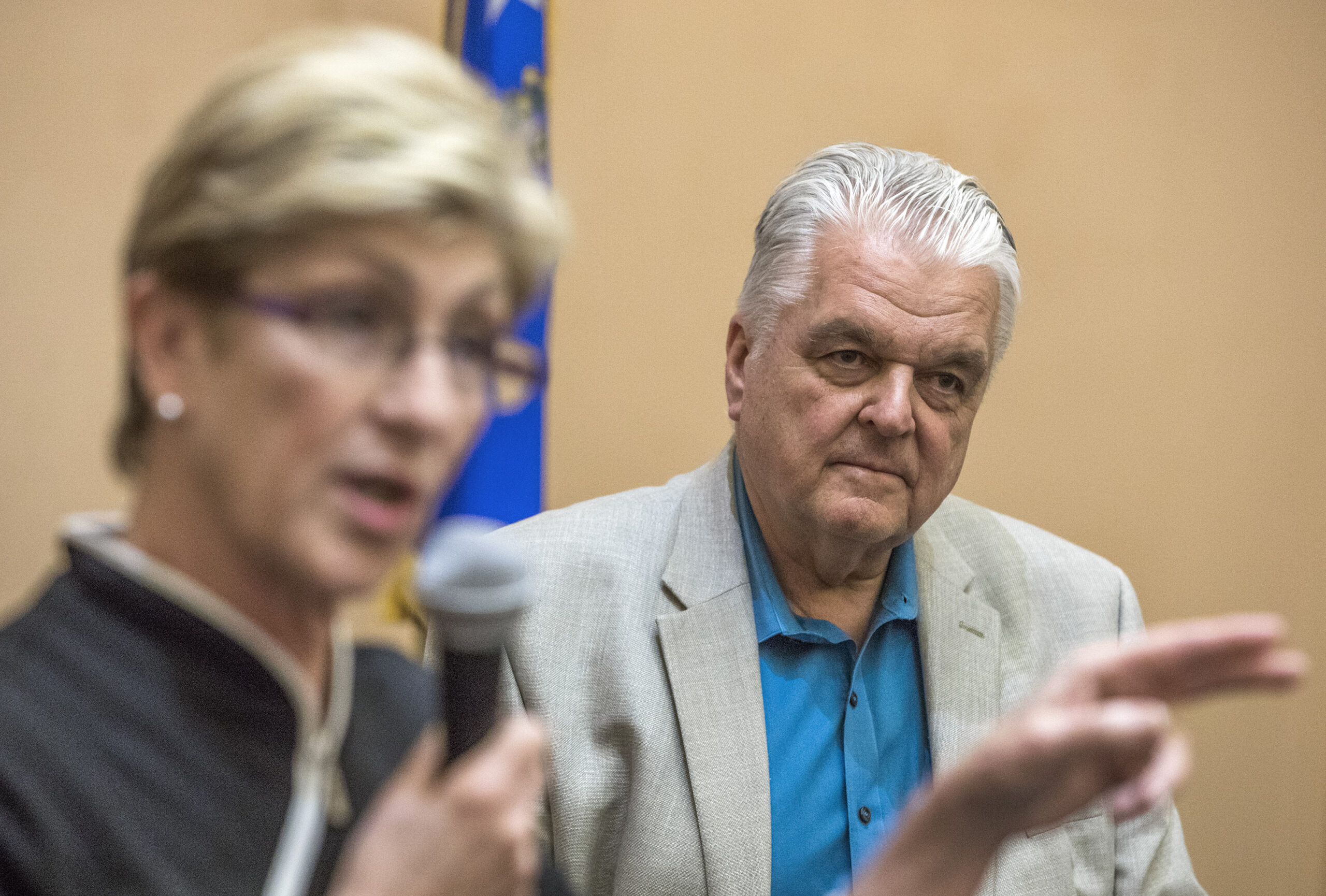 Although they’ve been locked in a contentious battle ahead of the state’s June primary, the two Clark County commissioners agreed on almost every issue presented during a Thursday candidate forum hosted by abortion rights group NARAL Nevada, including funding for family planning centers like Planned Parenthood, requiring companies to offer sick leave and support for rigorous sex education in schools.

Though the event wasn’t a debate — each candidate took questions one-on-one with NARAL state director Caroline Mello Roberson — both presented their case to what Roberson said would be the state’s first “proactive, pro-choice governor.”

Through a vote on a 1990 ballot initiative, Nevada voters essentially locked in state law provisions allowing for abortion, even if the U.S. Supreme Court’s 1973 decision in Roe v. Wade is ever overturned. And because the initiative survived a referendum vote, it’s set in place unless overturned by a direct vote of the people.

Here’s a rundown of how Sisolak and Giunchigliani answered questions on reproductive rights and more on Thursday:

Asked what restrictions on abortion she would support as governor, Giunchigliani had a simple answer.

“None,” she said. “The government has no business telling me what to do with my body, and I believe if you’re pro-choice, you don’t support any restrictions in any way, shape or form.”

“I do not,” he said. “I think that women should be able to make that choice between their family and their medical provider.”

A bill requiring companies with 25 or more employees to provide paid sick time off to compensated employees, with various caps on accrued time, was vetoed by Gov. Brian Sandoval in 2017, who said it “presents a substantial economic burden on small businesses.”

But both candidates indicated that they would sign a similar bill as governor. Sisolak said he understood the need for the policy, pointing to examples at Clark County where employees with severe illnesses needed to take a significant amount of time off.

“I totally understand that you can’t put a parent in a situation where they have to decide between leaving a sick child at home, or at home with a babysitter, or foregoing your paycheck,” he said.

Giunchigliani said she wanted to push greater adoption of paid sick leave policies in part by expanding it to the public sector, reiterating her promise to expand collective bargaining rights to state employees if elected governor.

Both candidates said they supported an “opt-out” sexual education policy, where students are automatically entered into sex education classes unless their parents sign a slip pulling them out.

Sisolak said that outside of religious or personal reservations from parents, all children should be enrolled in a baseline sexual education program.

“I don’t think kids should learn about sex education on a playground or from their friends. I think that they need accurate, quality sex information and education, and that can come from a classroom."

Giunchigliani said she was flatly opposed to the idea of abstinence-only sex education and that it was time for the state to not only update it’s current policy, but to make the shift away from an opt-in standard.

“I’ve been monitoring this for almost 39 years, and kids need to have information to make the right choices,” she said. “And not every parent has that opportunity, the comfort level, whatever it might be.”

A question on funding family planning centers attracted support from both candidates, but with slightly different levels of enthusiasm.

Giunchigliani expanded on her previously announced plan to direct state funding to family planning centers, including Planned Parenthood, as a line item in the state’s two-year budget if elected.

She suggested ending things such as the death penalty and other “social reforms” that would help the state save funds, which in turn could be used for areas she would prioritize as governor, including family-planning funding.

“Trust me, I will find the money,” she said.

Sisolak, who also extolled the virtues of family planning centers, gave a less clear answer on funding the centers with state dollars.

“I don’t know where you will find the funds, because that’s a difficult issue that we face on a lot of things,” he said. “But I would support fully funding family planning. Unwanted pregnancies and abortions are at an all-time low, right now, because of family planning.”

The two candidates were asked if they would call on Attorney General Adam Laxalt to denounce the support of Storey County sheriff Gerald Antinoro, who has been accused of multiple harassment complaints, and how they would “root out” such people from serving in office.

Giunchigliani said she would support policies making it easier to remove and bring criminal charges against elected officials who engage in sexual harassment, but saved her sharpest words for Laxalt’s silence on the rural sheriff’s endorsement of his campaign.

“Number one, he shouldn’t be accepting his endorsement or supporting him, period,” she said. “But more importantly, you have an obligation as the lead officer of this state to say that people should be protected and treated with dignity and respect. Here, the person even admitted that they did it. If your chief law enforcement officer is not taking that up, then shame on them.”

Sisolak called Laxalt’s lack of a public statement on Antinoro “appalling,” and compared it to silence from him on sexual assault allegations reported against casino magnate Steve Wynn.

“Statewide, we need to let women know they’re supported," he said. “They’re not alone. You see this going on all over the country, and it takes brave women to come forward and say they were victims.”