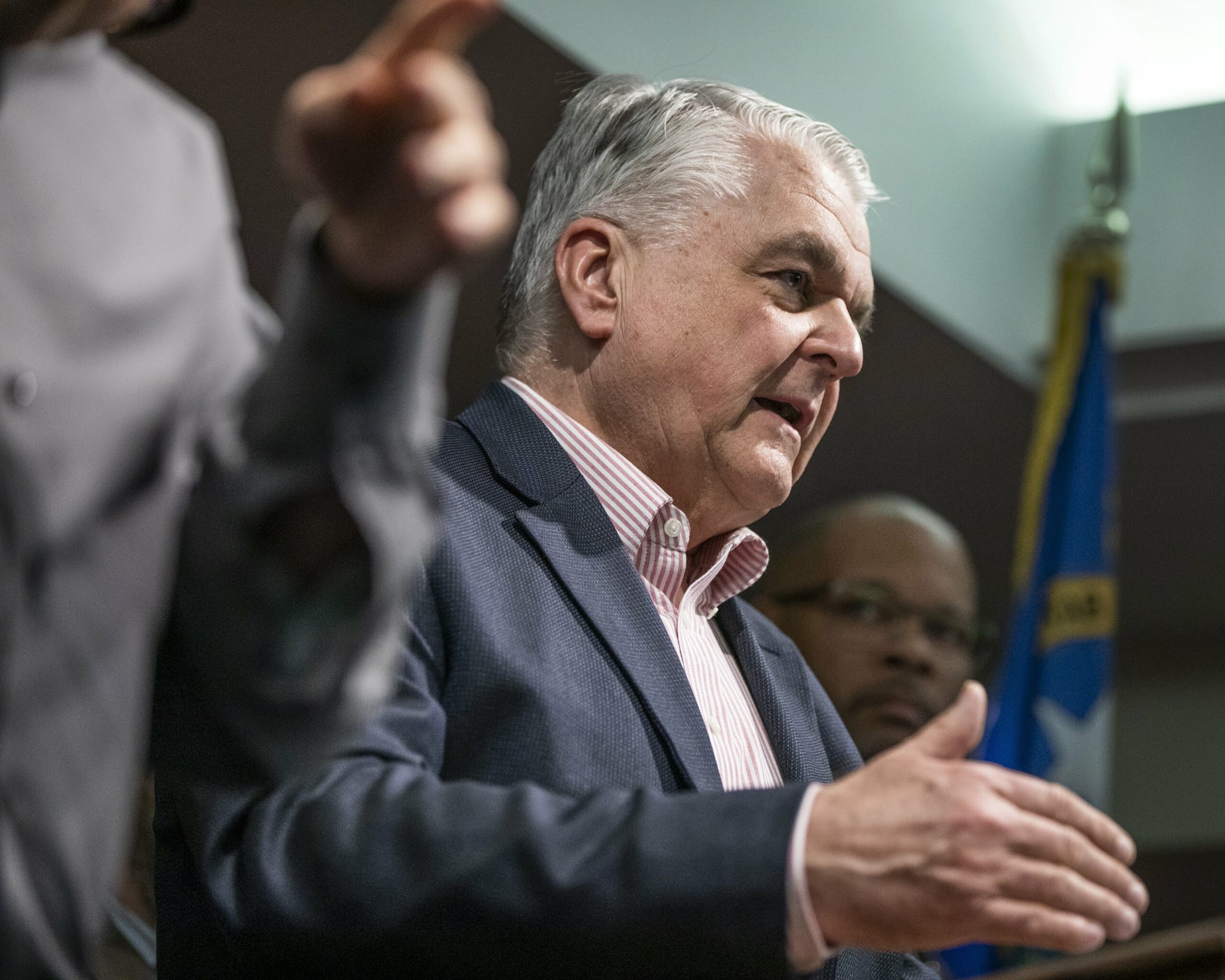 Gov. Steve Sisolak issued another emergency directive Tuesday to curb the spread of the novel coronavirus — this time limiting indoor and outdoor gatherings to no more than 10 people.

The emergency directive will prohibit large groups from gathering at social clubs, parks, libraries, parking lots and sports fields, among other locations. If Nevadans refuse to comply with the directive, local law enforcement agencies have been authorized to issue civil or criminal penalties against them.

It does not apply to people who are homeless or families living together inside their homes.

“To be clear, this does not mean your home,” Sisolak said during a news conference Tuesday evening. “This is not to prevent your household members from going for a walk. If you live inside together, you can be outside together.”

However, he encouraged those who do choose to take a daily walk to maintain their distance from others and to “not touch any of the equipment where the virus may be lurking.”

Sisolak is also directing local governments to limit the public’s use of recreational equipment, including playgrounds, basketball courts and baseball fields.

The governor said that he has been working with Attorney General Aaron Ford to ensure that local law enforcement agencies across the state understand the intent of the directive and how to appropriately implement it.

“We need testing kits desperately,” he said, noting the shortage isn’t the fault of Nevada’s federal delegation who have been voicing the urgent need in Washington, D.C.

The state, meanwhile, has received one shipment of personal protective equipment, which contained 25 percent of the items requested, he said. A second shipment is pending, but state officials expect it to contain the same amount of equipment.

However, he said a new private-sector task force helmed by former MGM Resorts CEO Jim Murren is helping get Nevada the resources that they can’t from the federal government. Sisolak said that Murren “has access to people I don’t have access to,” including contacts around the world who can help provide Nevada supplies.

Sisolak also called on local governments to loosen restrictions on when trucks can make deliveries at essential businesses that remain open, such as groceries and pharmacies.

And asked whether Nevada would be prepared to ease its restrictions by Easter, as President Donald Trump suggested earlier on Tuesday, Sisolak said that he was leaving those decisions up to the medical experts.

“Any decision that we make about ending this, shutting it down, de-escalating will be made in consultation with medical professionals, or basing these decisions on facts and statistics, not on emotion or political gain,” Sisolak said.

The governor said he plans to do daily updates about the evolving coronavirus situation. As of early Tuesday evening, 306 cases have been reported in Nevada along with six deaths.