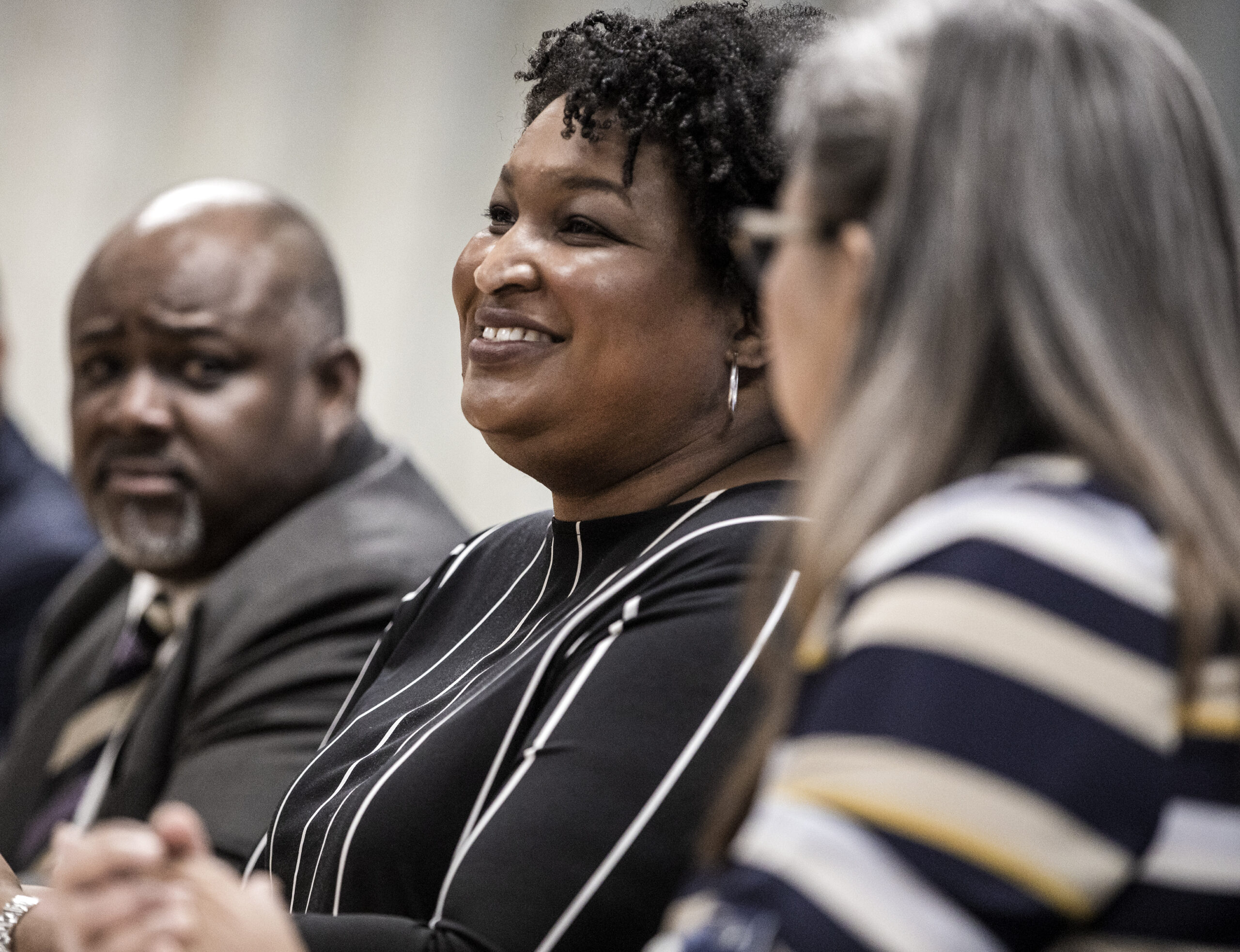 Democrat Stacey Abrams, who lost a tight gubernatorial race in Georgia last year, has embarked on a new mission — preventing voter suppression — which she said isn’t necessarily the visibly offensive act it was decades ago.

“Voter suppression in the 21st century is insidious, it’s fractured and it’s effective because no one can really identify all the ways it manifests,” she said. “Part of what we are trying to do is set up an alert system so that we know what it looks like when we see it, but we’re also ready to fight it when it occurs.”

Abrams announced on Tuesday the launch of Fair Fight 2020, which will deploy voter protection teams across battleground states, including Nevada. The high-profile Democrat, once considered a possible presidential candidate, unveiled her project while speaking at the International Union of Painters and Allied Trades’ convention in Las Vegas.

She then attended a roundtable discussion Wednesday with Nevada Democratic leadership and community members. Abrams, a former member of the Georgia House of Representatives, called Nevada a “model of leadership” for election reform.

So why install a voter protection team here?

“When we’re talking about access to the polls, we don’t only want to increase access, we want to preserve access,” he said. “Just because Nevada has been able to do some great things in expanding access to the polls doesn’t mean we should take it for granted.”

Frierson sponsored AB431 which restores the right to vote for incarcerated people upon their release from prison, and AB345, which laid out the process for same-day voter registration. The Democratic-controlled Legislature passed both bills this past session, and Gov. Steve Sisolak signed them into law.

Abrams, who has long advocated for election reform, lauded Nevada’s steps toward greater access. Accusations of voter suppression hung over her gubernatorial bid and razor-thin loss to Republican Brian Kemp, who served as Georgia’s secretary of state. Abrams said she “rediscovered” how expansive voter suppression can be during the 2018 election.

The Democrat said the nation must combat voter suppression that, nowadays, comes in a variety of forms — the spread of misinformation over social media, challenges initiated by political parties and foreign interference. Fair Fight 2020 will operate via partnerships with local organizations in 20 battleground states and three states with gubernatorial races, she said.

“We can’t wait for the general election to start,” she said. “It started in November 2016. Now is the time for us to make certain that we are fighting back against what we know is coming.”

Abrams expects the initiative to cost $4 million to $5 million and said she has just started fundraising. Her announcement of Fair Fight 2020 effectively quashes speculation about whether she will make a bid for the Oval Office. Abrams, however, told The New York Times on Tuesday that she would be open to being vice president if selected by a nominee.