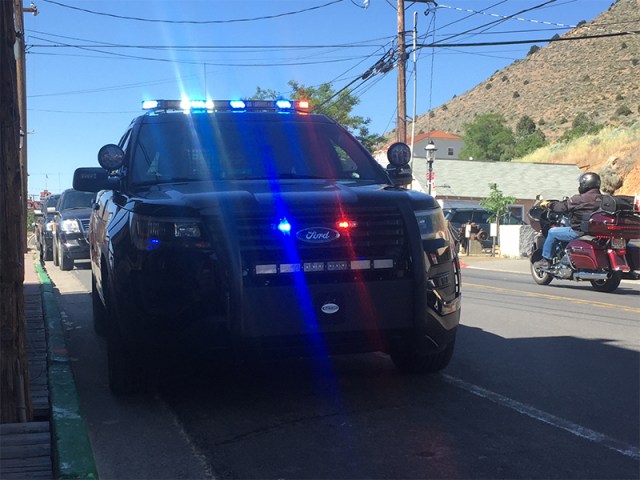 Another deputy has filed a complaint against embattled Storey County Sheriff Gerald Antinoro alleging that he was unfairly targeted by the head lawman after filing a 2014 hostile workplace complaint.

Deputy Anthony Francone stated in the complaint filed late Friday with the Employee-Management Relations Board (EMRB) — and obtained from EMRB Commissioner Bruce Snyder, through a public records request — that Antinoro denied him training opportunities and imposed “frivolous discipline” that prevented any promotion to supervisory positions in the department.

In the complaint, Francone said Antinoro told him that he knows how to “paper fuck” people to prevent them from advancing in the sheriff's department.

Francone also alleges Antinoro and unnamed individuals questioned Fracone’s professionalism and loyalty to the sheriff after openly supporting other candidates in the 2014 and 2018 sheriff’s election campaign.

The complaint, obtained by The Nevada Independent, said an internal investigation was initiated against Francone in 2016 because of a damaged Storey County vehicle. It was recommended that Francone pay for the damage to the vehicle which Francone said he did.

The damaged vehicle came up again in a 2017 annual employee evaluation conducted by Francone’s supervisor, Eric Kern. In the complaint, Kern tells Francone that he submitted the evaluation to Antinoro before giving it to Francone. Kern said he was instructed by Antinoro to add the vehicle damage as part of the evaluation.

Francone stated that he objected to the inclusion of the vehicle incident as he had already received documented disciplinary action. Furthermore, he said, including the incident would violate his rights as a peace officer under a state law that prevents administrative officers from placing unfavorable comments or documents in a police officer’s file with a few exceptions.

But Antinoro allegedly then attached a “negative letter” to Francone’s evaluation that criticized his investigative abilities.

Francone said Antinoro penned the letter in such a way that it contributed to him not being selected for promotion even though Francone was qualified and senior to other officers.

Francone said that in 18 years of working in law enforcement, including 12 in Storey County, he had not been reprimanded for his investigative skills and he was passed over for a supervisory promotion despite his experience, distinctions and awards — including a medal of valor — because of Antinoro's “harbored personal resentment and animus” towards him.

The complaint joins the growing legal and professional woes of the sheriff who is being sued by a former chief deputy for sexual harassment. The lawsuit’s allegations about the sheriff’s misconduct have prompted pressure on the state’s top politicians to renounce his endorsements.

On Friday, the Reno Gazette Journal reported that a defamation lawsuit over comments Antinoro made about brothel owner and Storey County Commissioner Lance Gilman will move forward.

The primary for Storey County Sheriff is June 12. Antinoro will face two other candidates — Bruce Clark and Mike Cullen.

Antinoro said in an email to The Nevada Independent that it was the first time he had heard of the complaint and it was “nonsense” and “political pandering.”

After Friday’s filing with the EMRB, Francone will have up to five days to serve Antinoro with a copy by certified mail.