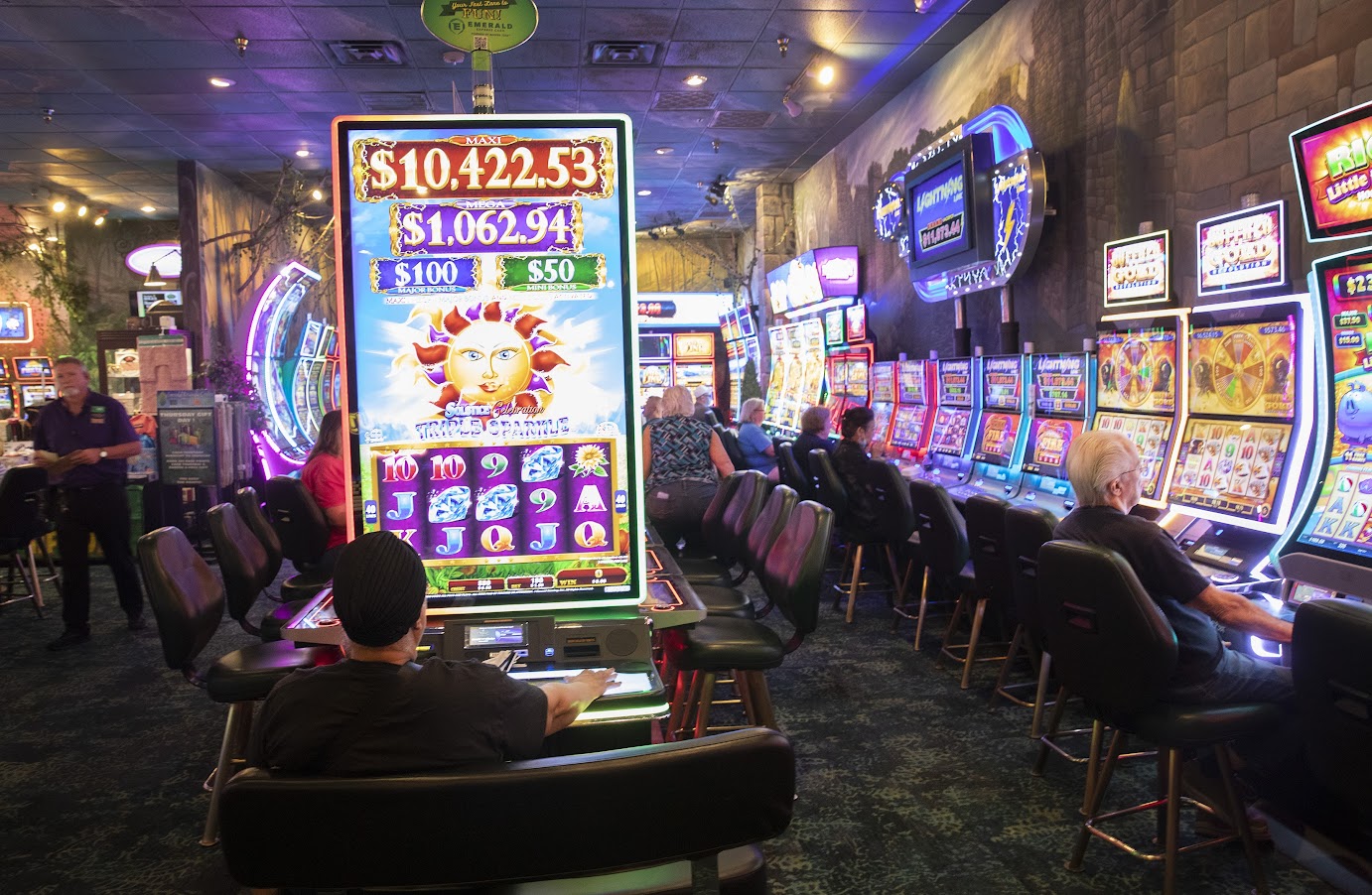 Nevada casinos recorded their 16th consecutive month with more than $1 billion in gaming revenue during June, marking the state’s fifth-highest, all-time total for a single month.

Without the Strip, the monthly revenue report provided Thursday by the Gaming Control Board would have been a different story.

Excluding the Strip, statewide gaming revenue would have decreased 7.5 percent in June, rather than showing the 8.1 increase and a total of $1.27 billion. Several markets in Clark County, including downtown Las Vegas, Laughlin and the Boulder Strip, reported double-digit revenue declines in June.

Most of the major markets in Northern Nevada, including Washoe County, Reno, Sparks and South Lake Tahoe, also reported gaming revenue declines during the month.

The Las Vegas casino areas outside of the Strip that cater to local residents all reported declines in June.

“The majority of the submarkets in Clark County, in addition to several submarkets outside of Clark County, continue to face difficult year-over-year comparisons,” Control Board Senior Economic Analyst Michael Lawton said in an email analysis of the results.

“Growth, as anticipated, is decelerating compared to calendar year 2021,” he said.

During June, all of Nevada’s reporting markets, with the exception of North Las Vegas and Laughlin, had gaming totals that exceeded the revenue numbers reported in pre-pandemic June 2019. Two casinos in North Las Vegas, Fiesta Rancho and Texas Station, have permanently closed, and Colorado Belle in Laughlin has been closed for 29 months.

The total was fueled by baccarat play, which saw revenue of $141.1 million, up 258.8 percent from a year ago. The casinos held 22.1 percent of all baccarat wagers, compared with a 6.4 percent hold a year ago. Slot revenue on the Strip was $380.3 million, a 4.6 percent increase.

“June was the ninth time in the last year Las Vegas set an all-time monthly record for gaming revenue and (the Strip) is now 19 percent above the highest pre-pandemic period in history,” JMP Securities gaming analyst Jordan Bender wrote in a research note Thursday.

The Strip’s highest total ever for June helped Clark County record more than $1.1 billion in gaming revenue, the ninth time in the last 16 months the market has topped the $1 billion threshold.

Lawton noted that the Strip benefited from strong demand for travel during June with visitation up 12 percent from a year ago. Harry Reid International Airport recorded its busiest month ever with almost 4.7 million passengers. Strip venues also hosted several concerts during the month that fueled visitation.

“We really haven't seen any significant change in the business for our properties coming out of California,” Smith said in response to an analyst question on the topic. “It moves around a little bit, but it is not significant. It is something we’re watching.”

After falling just short of breaking the all-time, single-month record for passengers in May, Harry Reid International Airport smashed the figure in June. The destination saw more than 4.68 million airline travelers during the month, a 23 percent increase over June 2021 and topping the previous record of 4.61 million passengers set in October 2019.

According to figures released by the Clark County Department of Aviation, the facility missed the all-time record by roughly 32,000 flyers in May.

However, Chris Jones, the airport’s marketing director, suggested June’s record total could be surpassed in the coming months because the airlines are increasing the number of flights in and out of Las Vegas.

According to airline statistics, June had more than 5.3 million available seats coming to and from Reid Airport. That number is expected to be more than 5.7 million in both July and August. By October, the number of available airline seats for the month could be close to 6 million.

Through June, Reid Airport's passenger volume has totaled almost 24.3 million, a 52.5 percent increase from 2021. However, Jones said the Las Vegas airport’s single-year record of 51.5 million passengers in 2019 could still stand by the end of the year because the numbers in January and February were somewhat diminished because of the Omicron variant.

International airline travelers boosted the airport in June with a volume of 244,033 passengers from destinations outside the U.S. The figure was the airport's largest total in 27 months and the segment accounted for a 357 percent increase from June 2021.

International travel all but disappeared over the last two years during the pandemic, and Reid Airport has seen flights between 18 destinations during the month.

More than 3.3 million visitors came to Las Vegas last month, a 12 percent jump from June 2021. But the total still trailed 2019’s pre-COVID figure of 3.6 million visitors, according to the Las Vegas Convention and Visitors Authority.

Occupancy levels hit 82.7 percent in June, including 90 percent on weekends – both increases compared to a year ago – despite the market having some 3,500 more hotel rooms available. In total, Las Vegas had 151,523 hotel rooms and suites at the end of June.

LVCVA Vice President of Research Kevin Bagger said the figure reflects the additions of Virgin Hotels Las Vegas and Resorts World Las Vegas, which joined the market a year ago.

Bagger noted the weekend occupancy rate marked the fourth consecutive month Las Vegas hotels were at or above 90 percent.

Nevada sportsbooks saw their first decrease in wagering handle in nine months during June. Sports bets totaled $490.3 million, a decline of 10.1 percent from a year ago. The last decrease happened in August 2021.

Sports wagers made with mobile apps totaled $329.7 million in June, representing more than 67 percent of the overall handle.

Sportsbooks reported revenue of $23.8 million in June, a decline of 18.3 percent compared with a year ago.

The control board also released the gaming revenue numbers for fiscal year 2022 (July 2021 through June 2022), and as expected, the results shattered 15-year-old records.

Clark County came close to matching the 2007 fiscal year number with $12.6 billion in gaming revenue during fiscal year 2022, primarily fueled by the Strip’s contribution of $8.1 billion.