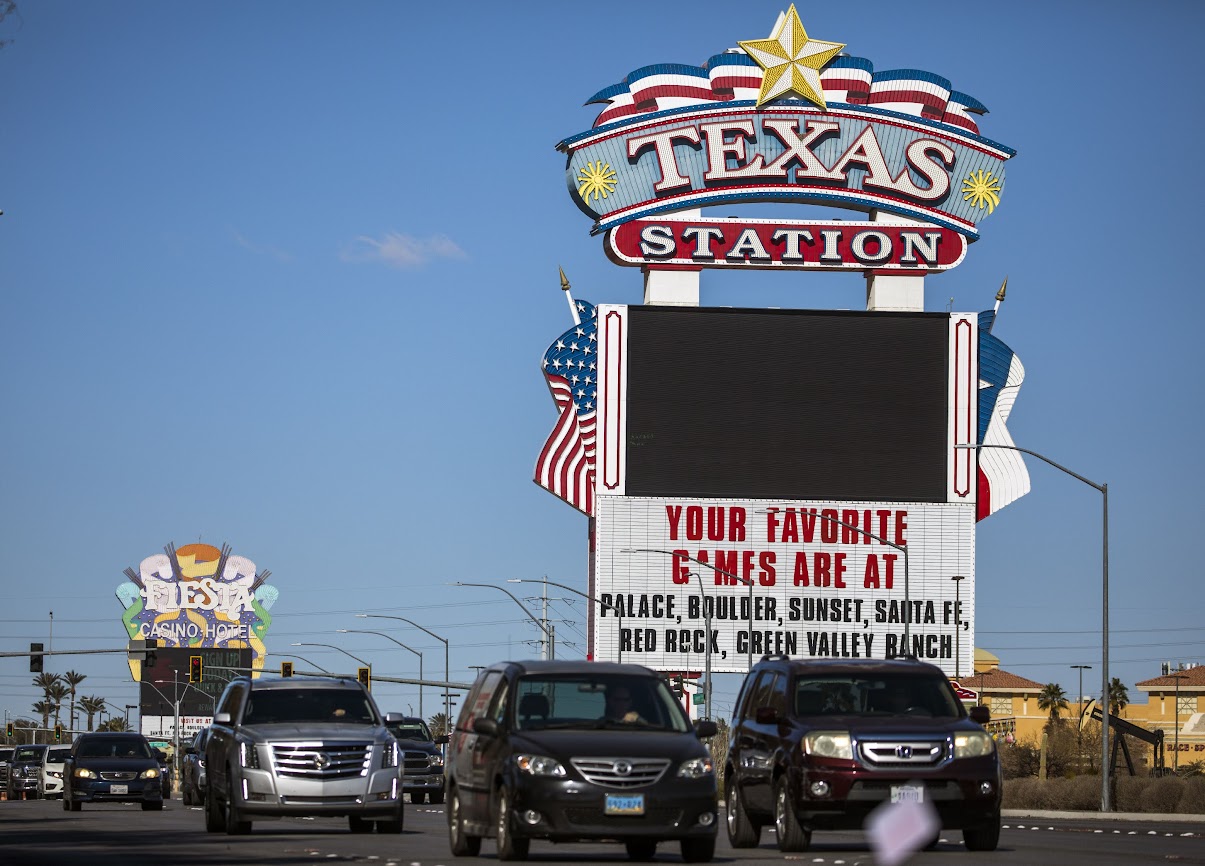 Red Rock Resorts will permanently close and demolish its three Southern Nevada properties that have been closed for more than two years, the company said Friday, with plans to “reposition the land for sale.”

In a statement released Friday afternoon, Red Rock President Scott Kreeger said it was a “difficult” decision to permanently close Texas Station, Fiesta Rancho in North Las Vegas and Fiesta Henderson, but it would “enable the Company to continue reinvesting in our open properties and move more quickly to develop and deliver the next generation of Station Casinos resorts to the residents and visitors of North Las Vegas, Henderson, and the rest of the Las Vegas valley.”

Kreeger noted that approximately one-third of the employees from each of the properties were already working at another Red Rock property, and “we hope that number will grow.” The press release also stated that the ice rink at the Fiesta Rancho will remain open.

Earlier this year, Red Rock began construction on the $750 million Durango Station near the 215 Beltway in the southwestern end of the valley. The location, expected to open in 2023, is more than 5 miles away from any competition.

Combined, the three casinos have fewer than 600 hotel rooms, although Texas Station has a 122,000-square-foot gaming floor, nearly as large as the other two casinos combined.

Red Rock Resorts CFO Steven Cootey said in May that more than 90 percent of the business from the three closed casinos had moved to other Station Casinos properties. He said the company spends roughly $2.1 million every three months to keep the closed properties operational.

Red Rock owns six development sites in the Las Vegas Valley totaling 315 acres. The 71-acre Durango site is the second-largest parcel. The company sold a 23-acre parcel behind the casino site for $23 million to a developer who plans to build apartment-type housing.

The parcels also include 96 acres near the intersection of Interstate 15 and Tropicana Avenue that was once slated for Viva, a Strip resort-sized development. The project was canceled during the 2008 recession.

The company is building a Wildfire Casino brand on five acres at Boulder Highway and Oakey Boulevard that had been part of the former Showboat/Castaways casino site. The property was demolished in 2006.

Two other casinos – Eastside Cannery on Boulder Highway, which is operated by Boyd Gaming, and Golden Entertainment’s Colorado Belle in Laughlin – have also remained closed since March 2020.

The Nevada Gaming Control Board requires payment of quarterly state license fees, as well as certain slot machine and table game taxes, for gaming properties such as Texas and the two Fiestas to maintain their licenses. Also, gaming must be conducted and open to the public for eight hours on one day each quarter. Most often, that gaming takes place in a temporary trailer operated by a slot machine route operator in a parking lot.

Control Board Chairman Brin Gibson said in June that Red Rock received temporary closure status for their casinos in 2020 and has since received two administrative extensions, the latest of which expires in December. Gibson said there is nothing that stops the companies from applying for additional extensions, but executives “would need to provide justification for the request.”