The K-12 conundrum: Ideas emerge about how to better fund schools but consensus remains elusive 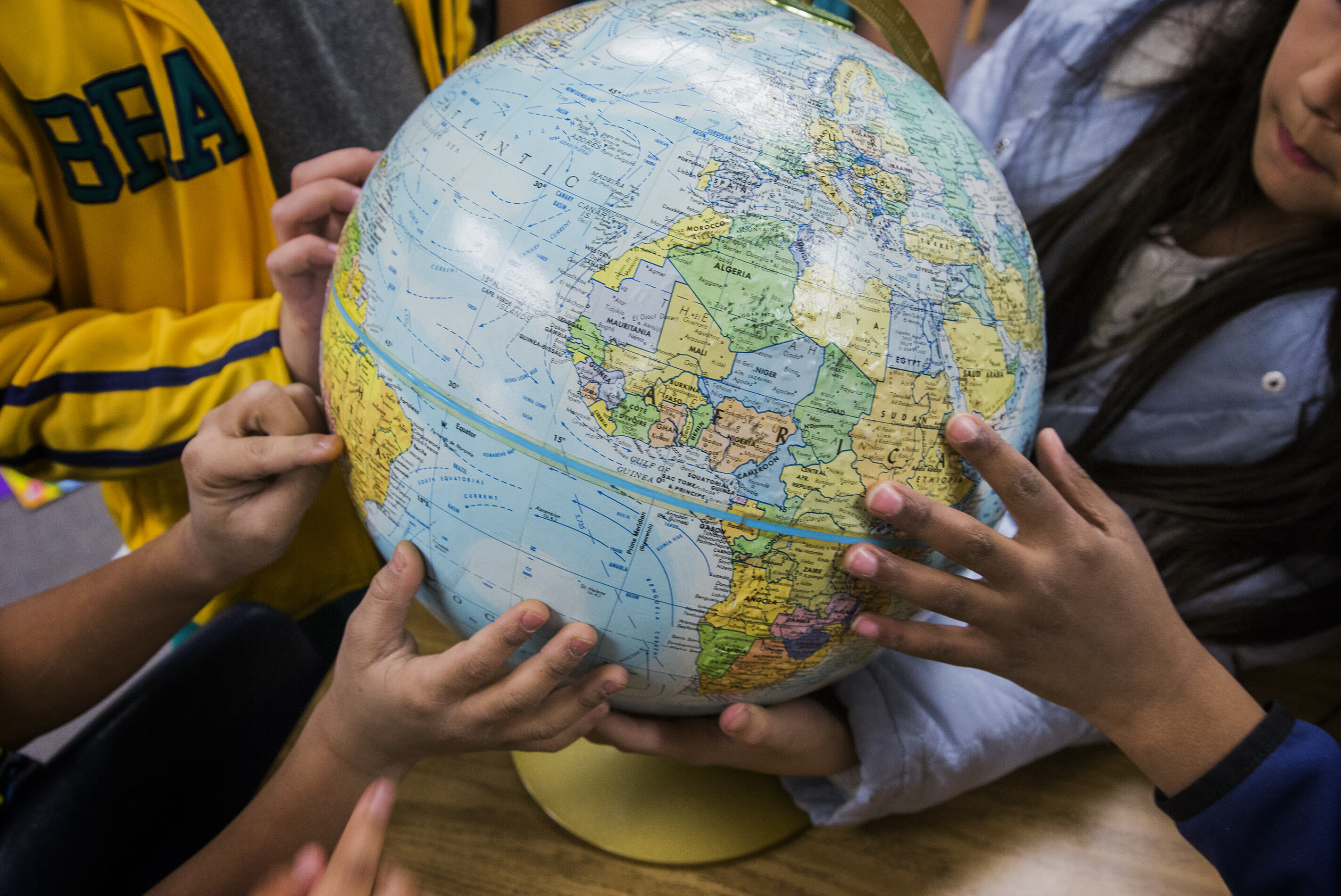 As the drumbeat to better fund public education continues in Nevada, those are the hallmarks of the seemingly never-ending conversation. And over the coming months, it’s poised to get even louder. Last week, a group of parents, teachers, students and education partners announced the launch of the Fund Our Future Nevada coalition, which hopes to build momentum for the K-12 funding reforms it deems necessary.

“Make this your conversation at the dinner table, at the grocery store, at the soccer game, at the bus stop, at the church and the book club and the board room,” said Caryne Shea, vice president of HOPE for Nevada, a parent advocacy organization.

It’s not the only group gearing up for the 2019 legislative session. The Clark County Education Association is quietly pushing a concept that would give communities more control over their ability to raise revenue for schools. Republicans, meanwhile, haven’t given up hopes of broadening school choice in Nevada.

Nancy Brune, executive director of the Guinn Center for Policy Priorities, said the policy activity occurring now — a year ahead of the next legislative session — indicates the growing desire to improve the state’s struggling public education system. Even the looming gubernatorial election doesn’t seem to be halting conversation, despite the state’s next top leader almost assuredly playing a key role in determining the policy direction.

After all, Gov. Brian Sandoval made education one of his foremost priorities and is leaving a raft of education reforms in his wake, including so-called categorical funds given to schools with large numbers of students learning English or living in poverty. State officials estimate the Legislature has invested nearly $500 million in K-12 education during the last two sessions. On top of that, the state has made baby steps toward implementing a weighted-funding formula that funnels more dollars to students with extra needs.

Despite the strides made, most politicians and education officials agree the mission isn’t complete. Nevada still ranks at the bottom of national education rankings, as do students’ ACT scores. So the perennial funding debate carries on in Nevada, where per-pupil spending is several thousand less than the national average. (Nevada’s average this year sits at $9,183, which factors in the basic state support, categorical funds, federal funds and local tax revenue, according to the state education department. A recent Education Week report pegged the national average at $12,156, but that figure is based off 2015 data.)

“Maybe there’s some aspirational goal that by the time folks move into February of next year, there will be consensus across a broad range of issues,” Brune said.

Any school funding discussion starts with the Nevada Plan. The formula, created in 1967, serves as the basic, guaranteed funding for each school district and charter school. It’s based on factors such as demographics, transportation costs and a district’s ability to generate other revenue.

Education officials often describe the complicated formula as an enigma — difficult to fully grasp by the lion’s share of community members. Critics say it doesn’t account for the needs of today’s students or even keep pace with rising costs, such as health care, but an overhaul has proved politically challenging.

“The political lift to change that in a substantive way or to replace it, in our opinion, is huge,” said John Vellardita, executive director of the Clark County Education Association. “We’re going to be part of that effort and that conversation — don’t get me wrong — but we also know because the legislative process only occurs every two years for 120 days, if you don’t get something done, you have to wait another two years.”

That’s why the local teachers’ union is exploring a revenue-generating model that boils down to community control. Vellardita said local communities should be able to decide whether they want to raise revenue for specific educational purposes, such as reducing class sizes, upgrading technology or materials, or expanding career and technical academies.

The union isn’t advocating one particular way to do so, but Vellardita noted a few possible avenues: imposing a school tax, adjusting property tax caps, reforming the marijuana tax law or identifying a new revenue stream that could be taxed for education. The plan’s success relies on it being supplemental funding — not money that supplants existing state funding.

“If the local community decides to increase revenue for their schools, it should not be at the expense of receiving less dollars from the state,” Vellardita said. “There would need to be a fix at the state level that essentially said that (local school districts) would receive the allocation that was deemed at that time to be appropriate.”

The first hurdle simply could be securing the additional revenue at the community level. The Legislature likely would need to approve any local tax increase or grant local governing bodies the authority to do so, said Rick Combs, director of the Legislative Counsel Bureau.

Vellardita said he has been pitching the idea to state lawmakers, although he declined to name them. He also said it’s just one part of a broader plan that involves ensuring money follows the students and investing in educators.

The union boss, a powerful force in the state’s education realm, has gained a reputation for working with any politician — Democrat or Republican — to achieve his desired end goal. This go-around won’t be any different.

“This is going to require bipartisan support,” he said. “We’re going to try to make this a policy-centric discussion versus just defaulting to political posturing. We don’t want that if we can avoid it.”

Vellardita’s community-based funding concept could face an uphill battle. The statewide teachers’ union, which has been feuding with CCEA, largely dismissed the idea.

“A Clark County-specific fix is not enough,” said Chris Daly, who oversees government relations for the Nevada State Education Association. “There needs to be a statewide fix to the education funding problem, and that’s including Clark County.”

Sylvia Lazos, policy director of the equity-focused organization Educate Nevada Now, also said she would prefer to see a funding solution that serves all school districts across the state. She fears a community-based solution could create inequity given that Clark County is the state’s economic powerhouse and, therefore, has greater taxing capacity. Plus, school districts big and small across the state have grappled with budget woes the past few years.

Still, Lazos said there may be some justifications for local funding directed to schools if the money addressed regional needs, such as pre-kindergarten in impoverished areas or career and technical academies that support workforce demands.

The gubernatorial candidates’ reactions to a community-based revenue stream for education varied widely. A spokesman for Adam Laxalt’s campaign said CCEA had not shared its concept with his team but they would be “happy to review it” if the union did. Laxalt’s challenger in the Republican primary, Dan Schwartz, said “independent school districts (ISD’s),” common in other states, could be a solution.

“Nevada schools are organized by counties,” Schwartz said in a statement. “ISD’s are worth considering: While the idea increases administrative costs, it also frees communities to fund — or not to fund — schools in their areas to the degree they choose without jeopardizing state and federal funding.”

Democrat Steve Sisolak, who’s endorsed by the Clark County teachers’ union, reiterated his commitment to reducing class sizes and increasing teacher pay. “As governor, I'll work with stakeholders to look at all the possibilities to make it happen,” he said in a statement. “The only thing not on the table is doing nothing."

His competitor in the Democratic primary, Chris Giunchigliani, expressed less openness to the idea.

“It's a mistake to ignore that our schools' woes are structural,” she said in a statement. “Any ‘solution’ that doesn't fix the funding formula is a Band-Aid. Nevada's children don't need Band-Aids, they need a governor and legislature that will tackle the problem instead of passing the buck.”

As the calendar inches toward February 2019, more school funding proposals will likely emerge. Some are in the incubation stage already.

NSEA, the statewide teachers’ union, is considering whether it wants to pursue a constitutional amendment that would lock in a base amount of funding for education each year while also requiring the Legislature to biennially appropriate room taxes and marijuana taxes earmarked for education, Daly said.

In recent months, the latter two revenue streams have received increased attention from education advocates who say the tax money isn’t winding up in schools as intended. The state has used revenue from Initiative Petition No. 1 (IP1), which increased room taxes up to 3 percent in Clark and Washoe counties, to shore up budget holes since the recession. The 10 percent retail tax on recreational marijuana was placed in the state’s rainy day fund at the end of the 2017 legislative session.

An NSEA survey conducted in December found that 63 percent of likely Nevada voters in 2018 would support a constitutional amendment requiring the Legislature to increase school funding with revenue generated from room and marijuana taxes.

“We really need to talk about that because that money was set aside for education,” said Sen. Mo Denis, referring to the IP1 room taxes. “We really should use it for that.”

Denis and Sen. Joyce Woodhouse, Democrats who served as chair and vice chair of the Senate Education Committee last year, said they’re keeping an open mind to all funding ideas that crop up over the next few months. They have not spoken to Vellardita about his community-based funding concept.

“We need to do the hardest part of the work during the interim so when we get to the session, we can make it happen,” Woodhouse said.

Nevada Assemblyman Keith Pickard, a Republican running for state Senate, rejected the idea of raising taxes, even at the local level, as a means to improving education.

Instead, Pickard said the state should examine its budget and free up money currently being used for small projects that don’t have widespread benefit. That revenue should be directed into the state’s education coffers, he said, thereby increasing school funding without placing an additional tax burden on residents.

Pickard also wants to see the state fund the controversial Education Savings Accounts, which he said would give parents more choice and also help address problems like overcrowded classrooms in public schools.

“I think it’s a win-win for everybody,” he said.