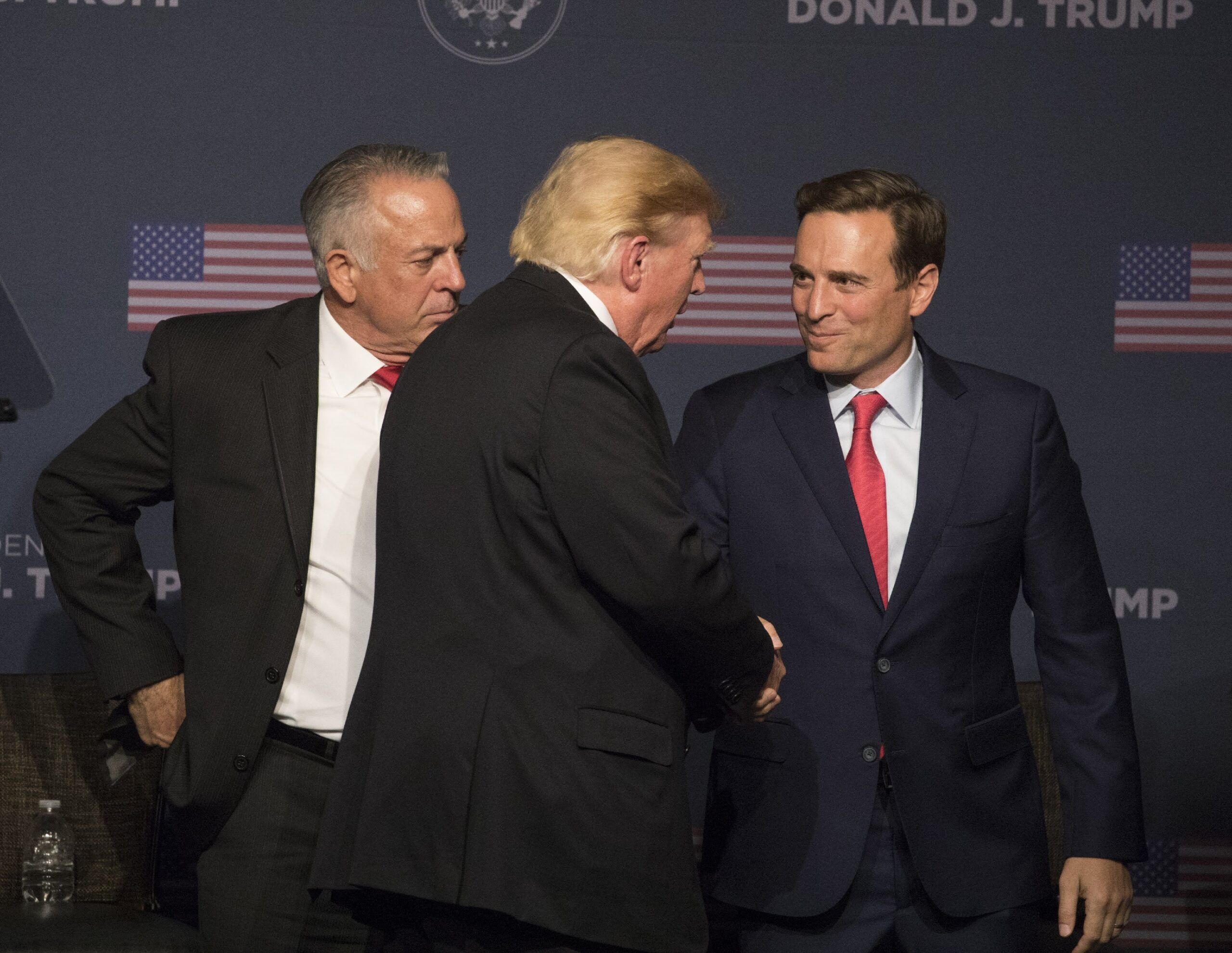 In a sane world, last week’s electoral results would have inflicted a mortal wound to the era of Trumpian GOP election politics. Unfortunately, like many of the candidates promoted by the GOP’s most popular political loser himself, our world is clearly not sane.

There was a time when GOP voters, conservative activists and “center-right” political forces were primarily concerned with winning elections. For the last half decade, however, such pedestrian concerns have apparently taken a backseat to the intraparty profiteering that comes with virtue-signaling loyalty to Donald Trump.

Unsurprisingly, this has resulted in a slate of GOP candidates so unelectable the party has now found itself incapable of capitalizing on opportunities that would otherwise be considered political “gimmes.”

At some point, one would think Republicans might learn that candidate quality actually matters — and that Trump’s kingmaker status has yielded consistently disappointing results for a party that once aspired to be the “big tent” option in American politics.

Nationally, Trump’s fingerprints are plastered all over the party’s most disappointing losses of the 2022 election cycle, and it’s no different in Nevada. The state’s Republican party has relentlessly maintained its love affair with a former president who twice lost to his Democratic rivals on the Nevada ballot — and it has done so with great cost to its credibility, electability and popularity among the large number of voters who have never been enamored with the drama and chaos of America’s first reality-TV presidency.

The mega MAGA trifecta of Michelle Fiore, Sigal Chattah and Jim Marchant proved so unrepresentative of Nevada’s purple electorate that more than a few lifelong Republicans threw their support behind the Democratic opponents — leading to the electoral demise of the Trumpian trio.

Only those who managed to maintain some degree of independence from Trump really seemed capable of faring better in competitive races, both in Nevada and nationally. Sheriff Joe Lombardo, for example, was one of the few Republicans able to establish enough distance from the worst extremes of the Trumpian-wing of the GOP to claim victory in the general election.

However, even Lombardo occasionally found himself at the whim of the Trump apologists within his own party. When he failed to adequately prostrate himself before the altar of MAGA during The Nevada Independent's gubernatorial debate, for example, the former president reportedly considered waging a campaign of vengeful retaliation against the sheriff — the electoral consequences be damned. (After the debate, Lombardo quickly praised the former president in a campaign email and at a local rally in an obvious effort to keep Trump from derailing his campaign in the final weeks of election season.)

Other candidates who managed to establish even more independence from Trump also fared well. Gov. Ron DeSantis won reelection in Florida, despite Trump’s self-serving attempt to knock him down a peg ahead of a possible presidential run — and Georgia Gov. Brian Kemp won reelection despite enduring two years of relentless Trump attacks for refusing to illegally overturn his state’s 2020 election results.

Such notable GOP victories, however, haven’t done much to ingratiate DeSantis and Kemp with the Trump political machine. In fact, Trump has done more to attack and belittle some of the party’s most successful members than help the rest of the party emulate their formula for electoral victory.

For a man who once told Republicans they would get tired of “winning” all the time, he certainly has a knack for siccing his supporters on those few Republicans who are either capable of or have already proven themselves to be winnable in important contests — especially if their wins don’t directly benefit his own future political aspirations.

Indeed, the viciousness with which he unleashes his wrath on anyone who refuses to show him (enough) loyalty should have exposed him as little more than a political profiteer long ago. The joint fundraising efforts he’s coordinated with hand-chosen candidates, for example, netted mere pennies for the actual candidates. The vast majority (99 percent in some cases) of money raised in such efforts went to Trump himself. Similarly, he spent only a pittance on getting his supposed allies elected this last year — choosing instead to hoard his donors’ dollars for what most pundits predict will be an ill-advised presidential run in coming weeks.

Despite the obvious self-aggrandizing agenda of Trump’s political machine, many within the GOP nonetheless came to believe that victory is only achievable through him — evidence to the contrary notwithstanding. And, like keyboard warriors on Truth Social who barricade themselves in ideological echo chambers, much of the party’s modern-day leadership is more than happy to begin excommunicating “non-believers” from their ranks rather than work on building a more popular and inclusive political party.

Mere days before the election, for example, the Republican gubernatorial candidate in Arizona insisted that any “McCain Republicans” at her rally “get the hell out!” One can say what they will about McCain’s policy positions, but political candidates who are serious about winning an election usually don’t banish entire segments of their own political party from campaign rallies. Is it any surprise this tunnel-visioned approach to politics has narrowed the party’s appeal too much for it to comfortably win majorities in critical races?

The disappointing performance from Republicans in a “red wave” election year largely came down to what it always comes down to in politics: The quality of the candidates. And while some of the good ones won, there were plenty of bad ones carried into the general election by Trump and his most ardent loyalists.

Indeed, throughout the primaries, the most crucial litmus test many candidates faced was not a particular policy position or a demonstration of electoral popularity, but rather a willingness to heap praise on Trump when asked by primary voters to do so. And it was with such a litmus test that the Trump-wing of the GOP effectively worked to turn the Republican Party into a fan club for the former president, rather than a serious coalition of diverse and popular general-election candidates.

But fan clubs don’t win elections. And if future Republicans expect to become a majority party once again, they’re going to have to dispense with the notion that winning a straw poll at a Trump rally is representative of general electoral popularity. It’s up to rank-and-file Republicans to decide if they want to be the party of Trump, or a party that actually attracts the kind of broad support necessary to put good people in elected office on a large scale.

After all, it clearly can’t be both.