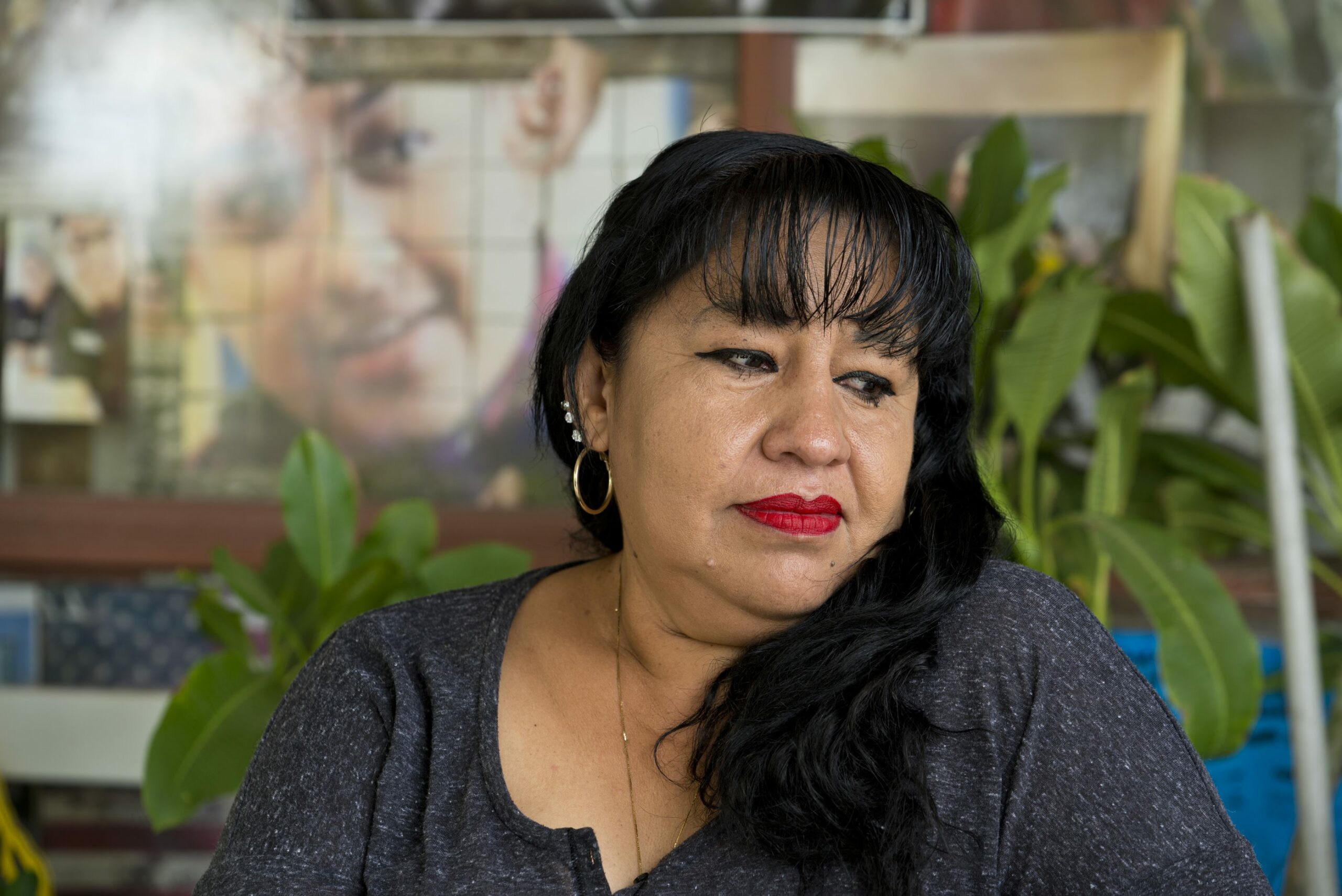 On a hot July day, Angelica Cervantes carefully pulls some CDs from a small handbag and passes them out to people attending a community event hosted by an immigrant group in Las Vegas.

The CDs feature three songs that she wrote, an audio representation of her family’s strength, and a way to keep alive the memory of Erick Silva. He was her son, a security guard killed in the Oct. 1 mass shooting at the Route 91 Harvest Festival that left 58 people dead and hundreds injured.

Cervantes’ home is filled with mementos and T-shirts printed with the words "our hero forever." Silva would have turned 23 on Aug. 19.

"His co-workers tell us that when the shooting started people ran and they told him to save himself," Cervantes said tearfully during a recent interview. "But he stood there getting people out. That’s why they called him a hero, because he didn’t run ... he was always ready to give up his life for others."

Silva, who was known for his smile and his sense of altruism, managed to save seven people.

"I want to express that in my heart, 58 angels live on," Cervantes, a native of Mexico, wrote on the back cover of the album. "And hopefully they can also live in the hearts of everyone in America and in Las Vegas."

The idea to write ​​the songs was a suggestion from loved ones, who knew that sooner or later, the guests who came to her home after Silva’s untimely death would leave and she would then have to face her grief alone. She wrote them a few months after the shooting happened, when she felt she couldn’t muster the strength to leave the house.

As they received condolences and messages of support in the aftermath, the family — Cervantes, her husband Gregorio de la Rosa, a daughter and five sons — also faced unexpected challenges.

A lack of funds for funeral expenses. Insults because of Silva’s Latino origin. Strangers who misled the public asking for money on social media in the family’s name, and even a religious leader who offered to resuscitate Silva for a fee.

"A pastor came over and said, 'Give me this much and I will revive him through God," de la Rosa said, surrounded by pictures and personal items that form a shrine in Silva’s room. "We hadn’t even found his body yet."

In order to pay for the funeral, the family sold tacos from morning till night. Their efforts multiplied as friends and strangers came together to help — bringing food for the family, promoting the taco sale on social media, buying ingredients, and taking time off work to help make the tacos.

"They even brought salsa, and chopped cilantro for the tacos," de la Rosa said. "We had no money, not even to buy flowers, but we found support in the entire community."

They also started getting letters, gifts from other states and countries, and thank you notes from those who survived because of Silva’s courage. They included a message from a survivor who, since the shooting, has married, is raising a three-year-old son and is studying to become a nurse.

"Erick, thanks to you, I have a loving home. And most importantly, thank you for saving my life," Cervantes read from her cell phone during the interview with The Nevada Independent en Español.

In addition to words of encouragement and a steady stream of visits by members of the community, the family has found comfort in giving back.

On the second anniversary of the shooting, they will participate in commemorative events. Later in October, they will hold a tribute for Silva at the East Las Vegas Community Center, and they also plan to create a nonprofit organization on behalf of their son.

Cervantes said the goals of the initiative will be to promote stricter gun laws and help the homeless — a cause that Silva espoused by bringing food to those who were living on the street on Christmas Day.

Two years after the tragedy, the family continues to go to therapy and open the doors of their home to national and international guests. Cervantes is also writing new songs.

"I will keep remembering my son’s legacy ... what more could I wish for than to have him here?" she said, her voice faltering. "We will go ahead and do what he wanted to do, which is to help people. This way we can keep his memory alive and close to us."