Under DNC plan, Nevada may get better spot on 2024 presidential nominating calendar 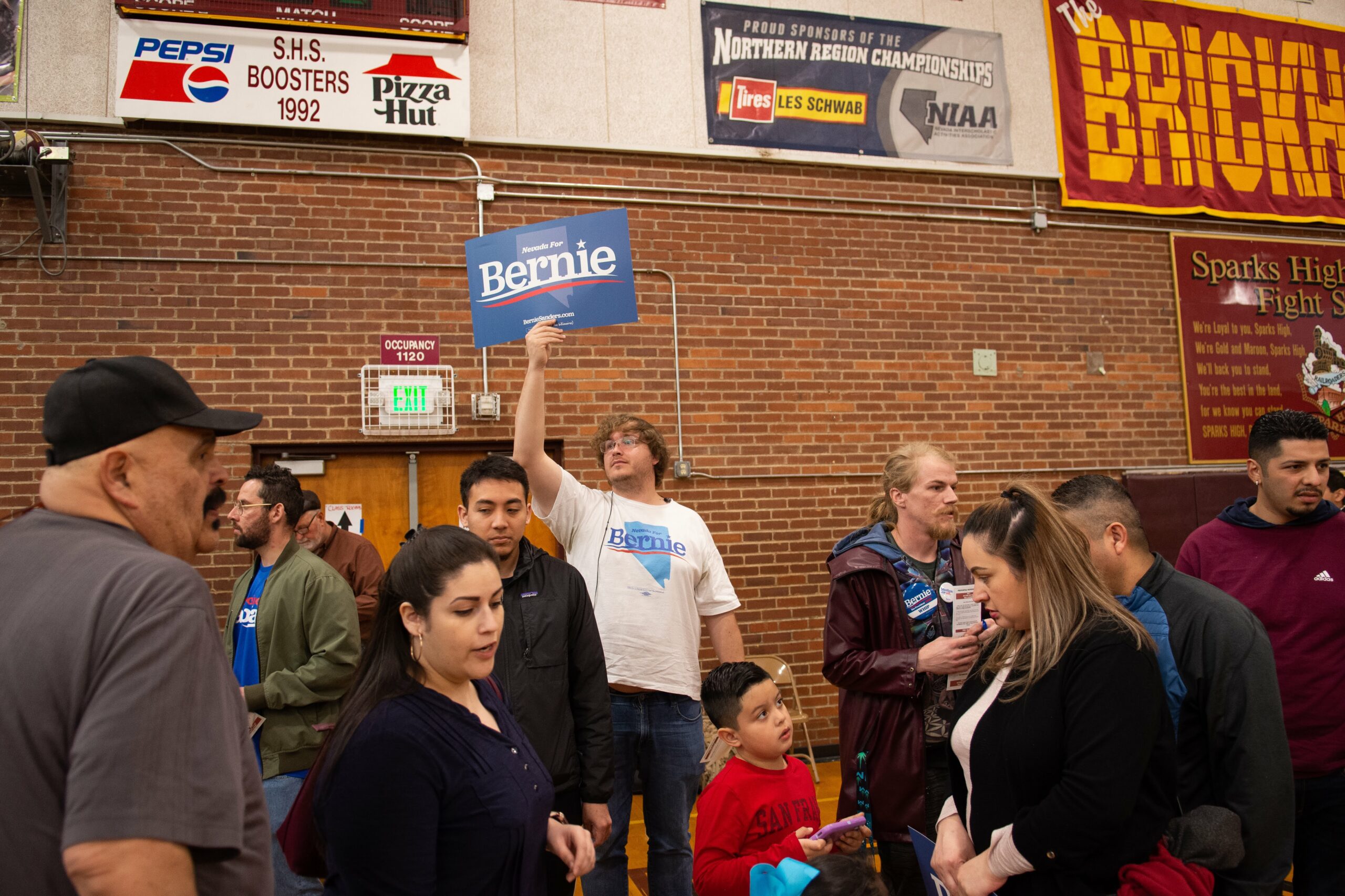 The Democratic National Committee’s Rules and Bylaws Committee adopted a proposal Wednesday to designate up to five states to hold early presidential primary contests, a move that could result in Nevada improving its third-place spot on the nominating calendar.

“What we’ve done is laid the keystone for our nomination calendar,” said panel co-chair James Roosevelt.

The plan was overwhelmingly adopted on a voice vote. States will be notified of the plan’s ratification over the next seven days, and will be required to submit a letter of intent to apply for one of the five spots by May 6.

Applications are due June 3, and states would then make presentations to the panel between June 22 and June 26. Roosevelt said the committee would decide how many states to hear from.

A group of former staffers to the late Sen. Harry Reid (D-NV), including Rebecca Lambe — Reid's longtime political advisor and architect of the Reid political machine — have already begun making a case for Nevada to go first. They put together a pamphlet that argued that the Silver State does well under the plan, which considers factors like ethnic diversity ​​and high levels of union representation.

Nevada has gone third behind Iowa and New Hampshire in recent primary cycles, even though those two states are not as diverse as Nevada. South Carolina has traditionally held its contest fourth. Nevada became an early state in 2006, an effort pushed by Reid.

The committee will decide which states can hold early contests at meetings on July 8 and 9. Discussions on other specifics, such as exactly how the early calendar would work with up to five states, were left for another time.

The panel next meets May 18, when they may further refine what information they want from states.

Under the plan, states would be judged on their diversity, competitiveness and ability to hold a fair and transparent contest.

Roosevelt stressed that the plan was a framework, not specific criteria that each state must meet.

“This is not a checklist,” Roosevelt said. “These are factors to be considered.”

During the debate, panel member Mo Elleithee argued that any state should be allowed to apply, and the onus would be on the state to convince the committee. But he said some states would have a tougher time than others.

The Silver State used to be a caucus state until last year, when the Legislature advanced a bill that switched to a presidential primary. The bill also leapfrogged other early states by scheduling the state’s primary for the first week of February — though lawmakers at the time acknowledged that the legislation was intended to help Nevada make the case that it should go first, and that they could not force major political parties to modify their nominating process.

The panel also clarified some of the language in the plan. The committee voted to add the term 'racial' to the section on diversity.

Nevada does well in this category. According to the brochure, the state is a majority-minority state, with Hispanics making up 29.2 percent of the state's population, which is the fifth-highest share of Hispanics of any state. The pamphlet also noted that the number of Black and Asian American residents in the state increased by about 40 percent over the last decade.

The DNC committee also made explicit that they want states from different parts of the country in addition to states with a rural and urban mix, which also augurs well for Nevada. The state has dense areas like Las Vegas and Reno and vast open spaces between the two urban areas.

Nevada ranks 32nd in population and only nine states are less densely populated, according to the pamphlet.