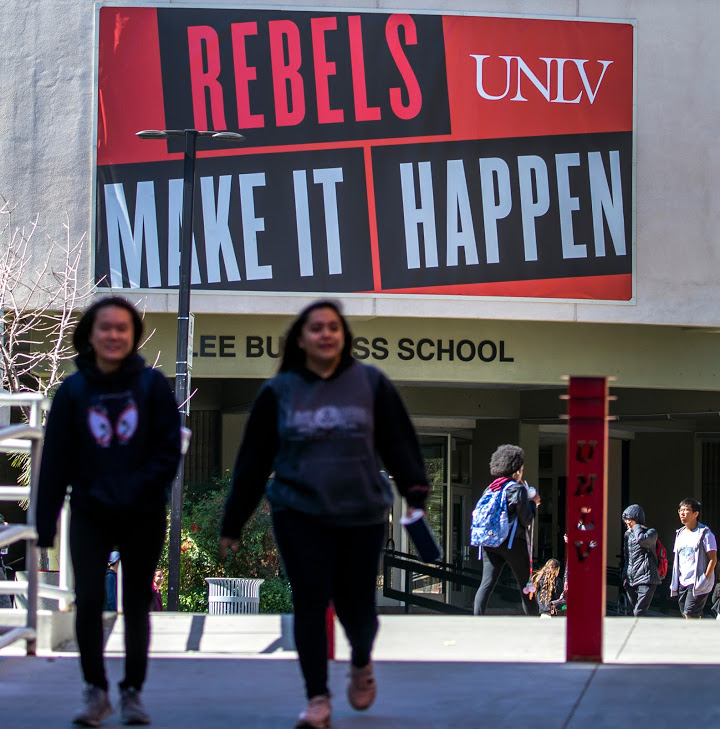 UNLV President Marta Meana confirmed in a statement Tuesday night that the university was removing a statue of its mascot, known as “Hey Reb!,” from its pedestal outside the Tam Alumni Center on the university’s campus.

The mascot, which depicts a mustachioed 19th-century mountain man, has long been a lightning rod as some have considered Hey Reb!, and especially his “rebel” namesake, as a veiled reference to the confederacy.

The university has a long, often controversial history of using confederate symbolism to mark its split from the University of Nevada, Reno in the 1950s and 60s. It’s student paper long ran under the masthead of The Rebel Yell (now called the Scarlet and Gray), and the school’s 1960s and 70s mascot, a wolf named Beauregard, wore gray confederate regalia.

But many defenders of “Hey Reb!” and the “Rebel” branding at large say there is no connection to the confederacy, nor is there a racist bent to the mascot. Instead, it is a reference to the “rebellious” nature of the school’s birth in the 1950s and its rivalry with its Northern Nevada counterpart.

A study commissioned by UNLV in 2015 and conducted by the university’s then-Chief Diversity Officer, Rainier Spencer, found that the “rebels” moniker predated the first use of confederate imagery in 1955, and any explicit confederate symbols were done away with more than 40 years ago.

But anti-racist protests that have gripped the nation in the wake of the police killing of George Floyd in Minneapolis have shed a fresh light on the use of statues as racist symbolism, and Hey Reb! — even if devoid of confederate imagery — will likely remain under scrutiny in the coming days and weeks.

In her statement, Meana said the decision came after discussions with multiple individuals and in the wake of widespread anti-racist protests across the country, and that the donor of the statue mutually agreed to remove it from campus.

“Over the past few months, I have had discussions with multiple individuals and stakeholder groups from campus and the community on how best the university can move forward given recent events throughout our nation,” Meana said. “That includes the future of our mascot. The frequency of those conversations has increased in recent weeks, and I will have more to share with campus once the listening tour is complete.”