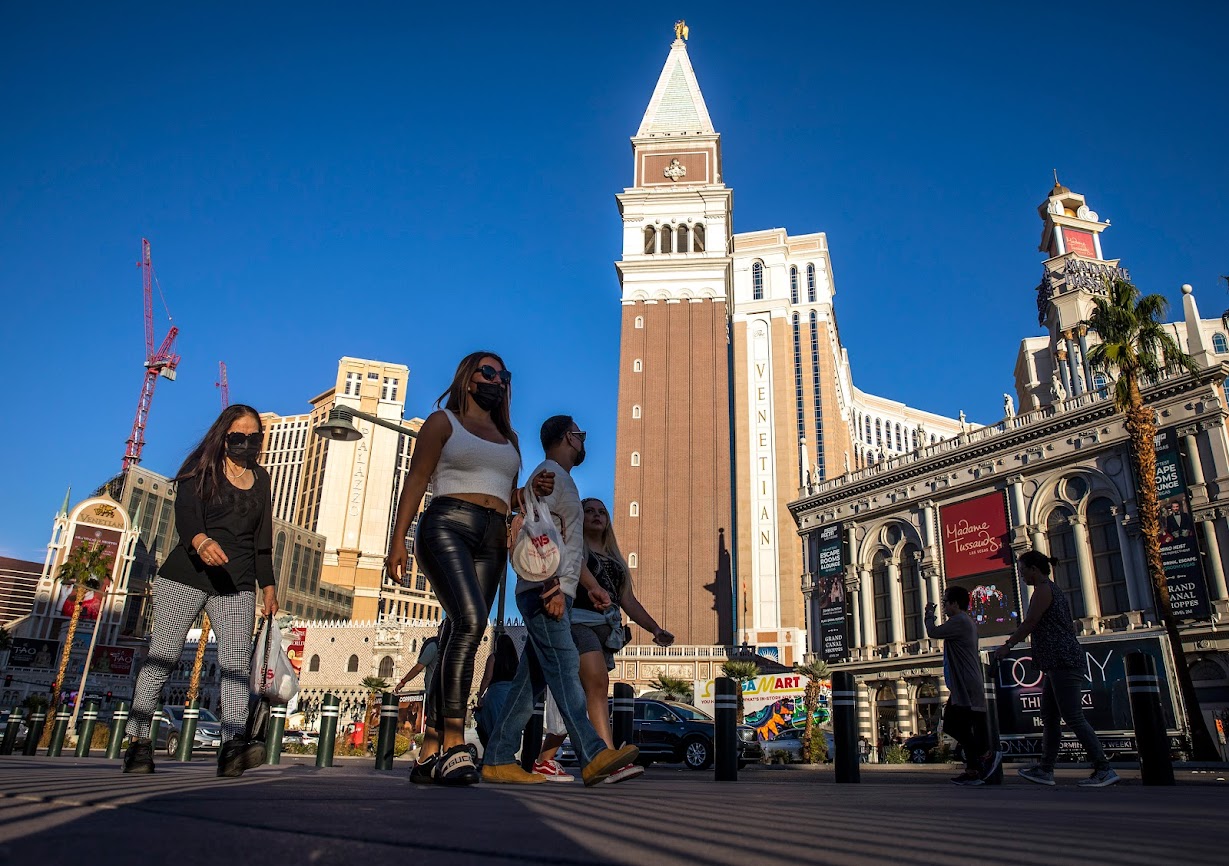 George Markantonis has spent seven years as the top executive overseeing the day-to-day operations of The Venetian, Palazzo and Venetian Expo Center.

Markantonis continues in his position as chief executive of the new operating company. The property’s executive leadership team will also remain on board. He said the “institutional knowledge and capabilities” of both the management team and the 8,000-person workforce means the strategies and direction for the property will continue.

“We have an exciting opportunity to build on our past successes while capturing future opportunities,” Markantonis said.

The closing comes after Apollo gained licensing approval earlier this month following two somewhat contentious hearings in front of Nevada gaming regulators in which questions were asked of the company about the private equity firm’s relationship with controversial founder Leon Black and its former ownership of Caesars Entertainment.

In an interview with The Nevada Independent, Markantonis said Apollo is committed to continuing the employee benefits program that was started by Las Vegas Sands and will roll out additional benefits for the workforce next week. Under Las Vegas Sands, employees of the Venetian and Palazzo never sought representation by the Culinary Workers Local 226 because the wages and benefits were reportedly higher than at union properties.

Markantonis said the Venetian will focus on its entertainment attractions and upgrading food and beverage options. He said the resort will continue to give attention to the conference spaces “to make sure we continue to attract business that maybe is not already coming to Las Vegas.”

The sale, which was announced almost a year ago, ends the presence of Las Vegas Sands and the Adelson family on the Strip that touched parts of four decades. That began in 1988 when the late Sheldon Adelson acquired the Rat Pack-era Sands Hotel Casino for $110 million.

“We have to bear in mind about the Adelsons’ legacy in this city. Apollo is very cognizant of that,” Markantonis said. “We intend to continue running The Venetian Resort just as we have in the past. And we will continue to focus on ensuring that we have a premier spot amongst all of the integrated resorts in North America. It’s as simple as that. So, there's palpable excitement across the campus today.”

The aging Sands was demolished in 1996, and for over a decade, the 63-acre site was transformed. The Sands (now Venetian) Expo opened in 1990 and The Venetian replaced the Sands Casino Resort in 1999. The adjacent Palazzo, which is operated as part of The Venetian, opened in 2007.

Sands, which operates casinos in Macau and Singapore, placed the company’s Las Vegas holdings up for sale in October 2020, roughly three months before Adelson died at age 87 from non-Hodgkin’s Lymphoma. His widow, Miriam Adelson, owns 58 percent of the company.

Markantonis said Miriam Adelson sent a thank-you message to all employees this week.

In a statement, Las Vegas Chairman and CEO Rob Goldstein said, “The opening of The Venetian more than 20 years ago represents the beginning of the company's success. The property, and most importantly, the people who represent it every day will always remain indelible parts of our history.”

Markantonis said The Venetian’s player rewards program will continue while the resort’s hotel rooms and convention space have seen “solid” forward bookings through 2022.

“With restrictions lifting and travel indicators all trending higher, we believe the future for this property and the entire Las Vegas consumer and business tourism market is brighter than ever,” Apollo Partner and Co-Head of Private Equity David Sambur said in a statement.

Apollo is paying $2.25 billion for the operations and VICI is paying $4 billion for the 63 acres and an additional 19 adjacent acres off Koval Drive where the $1.8 billion MSG Sphere entertainment venue is under construction. Las Vegas Sands is providing Apollo $1.2 billion of seller financing, with the private equity company putting up another $1.05 billion in cash and financing.

Markantonis said The Venetian will have “strong ties” to the programming at the Sphere and is building an air-conditioned escalator to connect the properties that are separated by Koval Drive.