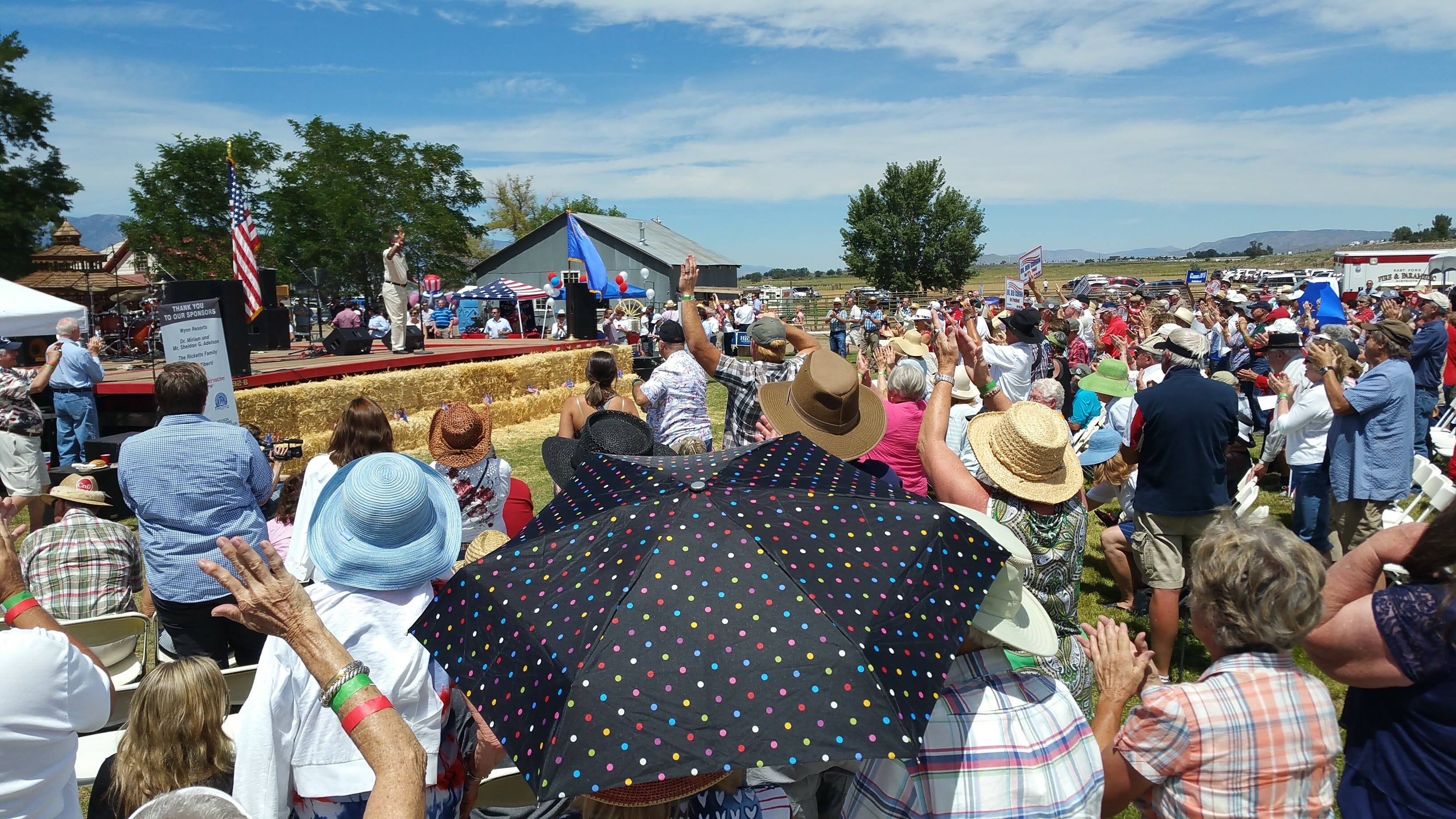 Update 8-25-17 at 12:31 p.m.: As Hurricane Harvey barrels toward the Texas coast, the storm is creating a ripple-effect for a major political event in Nevada: high-profile guest cancellations for the Basque Fry.

Vice President Mike Pence will remain in Washington D.C. this weekend to coordinate with the president at Camp David on a response to the approaching storm, according to a Friday tweet from spokesman Marc Lotter.

Texas Sen. Ted Cruz also canceled his trip to Nevada because of the hurricane, which forecasters have labeled as a category 3 storm. Cruz and Pence were scheduled to be speakers at the Saturday event in Gardnerville, Nevada.

"While I am grateful that that these two great leaders had planned to visit us tomorrow at the Basque Fry, they are each making the correct and best decision and I fully support them both,” Laxalt said. “My family joins all Nevadans in continuing to keep all those affected by Harvey in our prayers.”

A sellout crowd of 3,000 is expected to descend on a Northern Nevada ranch Saturday for Adam Laxalt’s Basque Fry, the third annual barbecue that nods to the attorney general’s own Basque heritage and brings together some of the country’s top Republican political luminaries.

Perhaps the biggest name to take the stage in the past three years, Vice President Mike Pence, will give the keynote address, while Texas Sen. Ted Cruz, New Mexico Gov. Susana Martinez and American Conservative Union President Matt Schlapp are also delivering speeches. It all comes at an important juncture for 38-year-old Laxalt, an Iraq War vet who’s in the middle of his first term as Nevada’s top law enforcement officer and is expected to jump into the race to replace termed-out Gov. Brian Sandoval.

"Once he had the first one, everyone wanted to be invited to the next one when they heard about how authentically Western it was and how authentically Basque it was," Laxalt said about his grandfather’s Basque Fry events in a 2015 interview with The Associated Press.

Visitors to the event, held at the Corley Ranch in Gardnerville with the towering Sierras as a backdrop, often wear cowboy hats, boots and patriotic paraphernalia. The traditional Basque menu — catered this year by local celebrity chef Mark Estee —  includes chorizo, lamb stew, sheepherder’s bread and, for the brave at heart, lamb fries (sheep testicles).

Estee tells the Reno Gazette-Journal that he’s been stockpiling the hard-to-get delicacy in preparation for the Basque Fry crowds and will serve them in a separate line because not all will want to partake.

Northern Nevada and southern Idaho are the epicenter of the Basque-American community. Immigrants from the Basque Country — a region that encompasses the Pyrenees in northern Spain and southwestern France and includes a distinct Basque language — first came to the area as sheepherders during the gold rush in the mid-1800s.

Basque heritage is still evident in the region, which features various Basque restaurants serving up Picon Punch (a cocktail that narrowly missed being named the state drink) and festivals that feature Basque dancing and contests of strength.

Laxalt is the great-grandson of Basque immigrants who came to the U.S. in 1900. He’s the great nephew of Robert Laxalt, an acclaimed novelist who captured Basque culture in Northern Nevada in books such as “Sweet Promised Land.”

While the event is organized by the Laxalt-affiliated Morning in Nevada PAC, and a separate, $5,000-per-person fundraiser lunch with Pence is taking place in the middle of the event, the barbecue itself is priced at $55 per person (free for kids under 7) and is meant to be affordable for families.

But if they want to open their wallets, guests can participate in a silent auction for the PAC, where prizes include a lunch with Rep. Mark Amodei, concealed carry weapons permit classes, a private harp concert from former Assemblywoman Jill Dickman and an autographed portrait of President Donald Trump.

The shindig is modeled after events like Iowa’s Harkin Steak Fry, which was a can’t-miss campaign stop for Democratic candidates for four decades and named for longtime Iowa Sen. Tom Harkin, and a Basque-themed barbecue fundraiser held by California Rep. John Garamendi for the past 40 years.

The event aims to generate buzz for Republican candidates, giving them a chance to reach people in less-populated Northern Nevada and familiarize themselves with the state’s concerns.

The goal is that "we can find out how they feel, or more importantly, that (candidates) can know how we feel, on certain issues that are important to the West," Republican state Sen. James Settelmeyer of Gardnerville told the AP in 2015.

Reporters Jackie Valley and Megan Messerly contributed to this report.