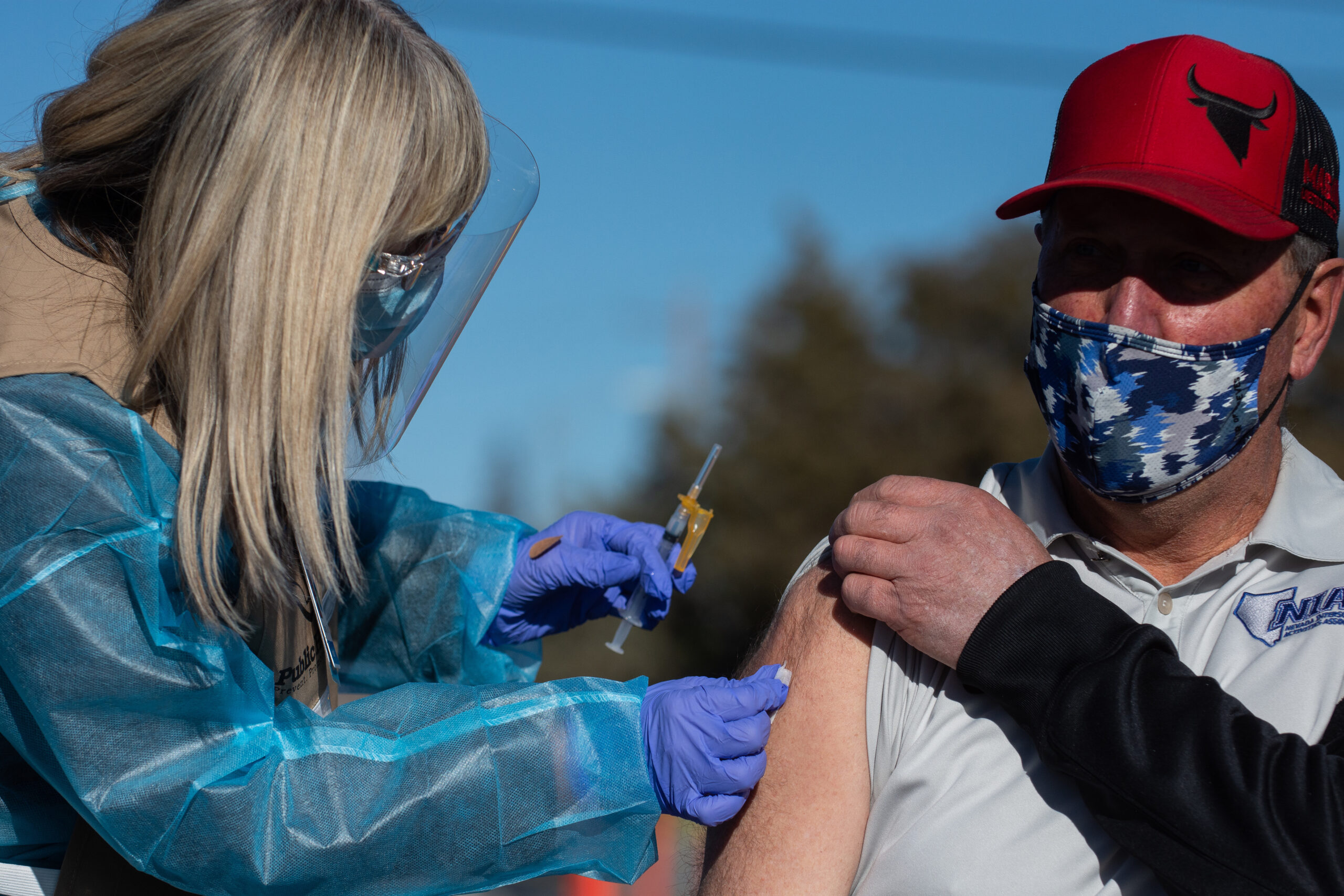 The health district administered doses from the same lot Moderna’s COVID-19 vaccine, 041L20A, to about 770 people at its drive-thru point of dispensing vaccination site on Monday. None of those individuals have reported severe allergic reactions, and there were no issues reported from patients who used the 15- and 30-minute waiting lots, which are set up to ensure that patients don’t experience any allergic reactions before driving off, after receiving the vaccine, health district spokesman Scott Oxarart said in an email Tuesday morning.

Oxarart added that the health district received guidance from the Centers for Disease Control Prevention, through the state of Nevada, to continue using the vaccine while the Food and Drug Administration investigates.

Dr. Ihsan Azzam, chief medical officer for the state of Nevada, in a technical bulletin released Tuesday recommended that all individuals vaccinated with doses from the lot be observed for 30 minutes after vaccination. He noted that all vaccination sites should be following CDC guidelines and be prepared to respond to anaphylaxis or other immediate severe reactions to the vaccine.

He reiterated that no similar observations or clusters of adverse reactions have been reported in other states, including Nevada. Providers in Washington state have also administered Moderna vaccines from the same lot, he said.

Azzam added that the Nevada State Immunization Program is monitoring the vaccination process in the state and is "closely communicating" with the California Department of Public Health and other Western states that received the same Moderna vaccine lot.

The Washoe County Health District will be administering the Pfizer vaccine for the rest of the week and had already planned to distribute the remaining 19 vials of the Moderna vaccine on hand to other community partners that have vaccination clinics scheduled, Oxarart said.

California Department of Public Health officials made the decision to suspend distribution of the vaccine from that lot after six health care workers at a drive-thru vaccination clinic in San Diego who received the vaccine required medical attention within 24 hours of receiving their shots, according to the San Diego Union-Tribune. It is not clear exactly what symptoms those individuals experienced, though California’s state epidemiologist described them as “severe.”

California officials have said that they are not aware of anyone else who received the vaccine at 286 other sites across the state who have had similar allergic reactions after receiving the vaccine. The San Francisco Chronicle contacted some of those vaccination sites, who similarly reported that they had not received word of any adverse reactions from anyone they had vaccinated.

However, health officials in California still have recommended that doses not be administered “out of an extreme abundance of caution,” though the CDC has recommended that practices remain unchanged.

Moderna, in a statement published by the Chronicle, acknowledged receiving the report from the California Department of Public Health.

“The company is fully cooperating with CDPH in investigating these reported adverse events,” the company said.

A spokeswoman for the Southern Nevada Health District said in an email Monday night that she was not aware of the health district having received any doses from the same lot or any severe allergic reactions being reported.

Oxarart noted that no significant or severe reactions to either the Pfizer or Moderna vaccine have been reported to the health district since it began administering the vaccine on Dec. 23. People who receive the vaccine are urged to sign up for the V-safe After Vaccination Health Checker smartphone tool to monitor how they are feeling and report any reactions.

Vaccination officials in Nevada and nationally have noted that people can have allergic reactions to any vaccine and that both the Pfizer and Moderna vaccines are safe. They have advised anyone with questions about the vaccine to consult with their health care provider.

For more about the COVID-19 vaccine, including whether it is safe and how soon you can expect to receive it, check out The Nevada Independent’s vaccine Q+A.